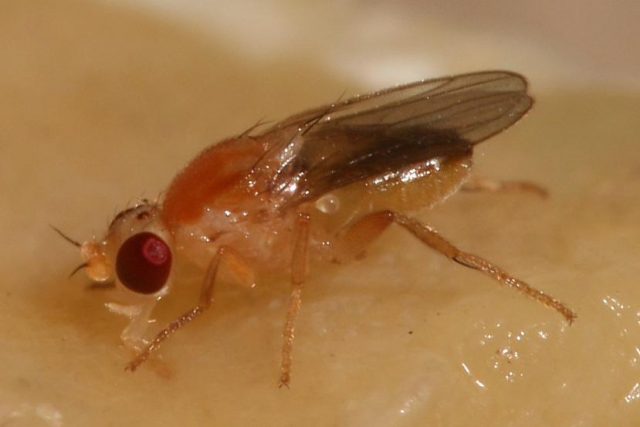 Guest columnist, entomologist Marty Matisoff, dives deep into the world of pest insects and the effects they can have on equines. Learn more about gnats, lice, mites and ticks here! 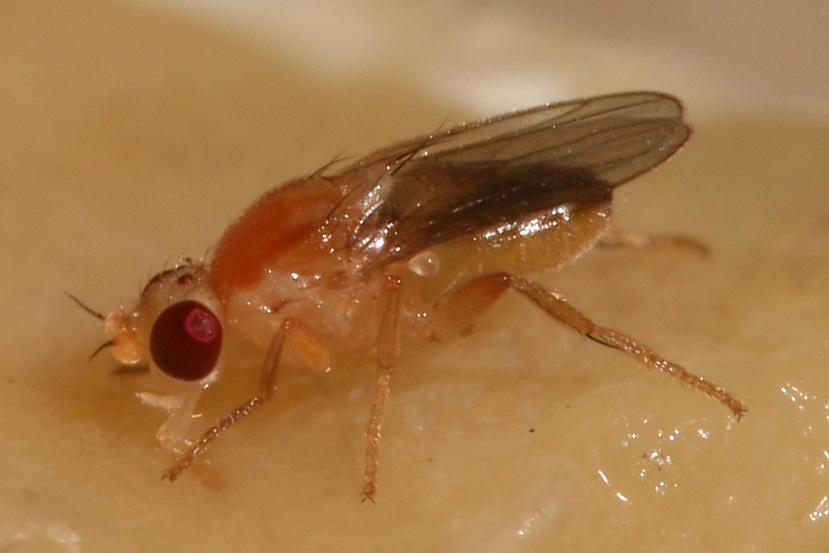 When is the last time you cuddled up to an insect? My guess, never. Yet, insects play an important role in folklore, mythology, and animation. There’s the inchworm song sung by Danny Kaye in Hans Christian Andersen (lyrics and music written by singer/songwriter Frank Henry Loesser), Disney’s Jiminy Cricket, A Bug’s Life by Pixar Animation., and the list goes on. There are, however, just as many terrifying movies about insects, including The Fly (1958), The Deadly Mantis (1957), and The Wasp Women. The most disturbing movie about insects I’ve ever seen was The Hellstrom Chronicle (1971) a pseudo-documentary about the apocalyptic prophecy between the struggle for survival between humans and insects. That is my world.

Insects can be pests and vectors of diseases, many of which are deadly. When summer comes, it brings with it horse flies, house flies, gnats, midges, and mosquitoes (Order: Diptera); stinging insects, (Order: Hymenoptera),including honey bees (Apis mellifera) , carpenter bees (Xylocopa spp.), bumble bees (Bombus spp.), and yellow jackets (Vespula spp. and Dolichovespula spp.). Flying beetles (Order: Coleoptera), and the demonic-looking 13- and 17-year cicadas (Order: Hemiptera), are harmless unless you trip or fall trying to get away from them.

The most important insects of veterinary significance are: flies, lice (Order: Phthiraptera), mites, ticks, and spiders (Order: Araneae). The least bothersome pests to horses are spiders, whose bites don’t usually pose a threat to horses due to the horse size:venom ratio. Horses that are allergic to the venom may have a severe reaction to the bites. Horses that are sensitive to spider venom may exhibit severe swelling at the bite site, hives, high heart rate, or difficulty breathing—all signs of anaphylactic shock. If you notice any of these signs, you should promptly contact your vet. The best way to avoid spiders is to check blankets and tack every time you use them. You should also remove cobwebs from your stables on a regular basis.

Flies (horse, gnat, midges), beetles (blister), lice, mites, and ticks are all horse pests. Because horses are not confined to one particularly area, controlling or eradicating these pests can be difficult. Most pest control programs are not economically or practically feasible. Horses are exposed to insects and arachnids while grazing in pastures, riding on trails, or eating hay and alfalfa. Indoor and outdoor stables or stalls are easier to control by monitoring activities and treating early.

In my previous few columns, I discussed two of the more common types of flies: bot flies and biting midges (no-see-ums). As with any insect, to every season there is an insect pest. Summer is not different. Gnats are a bane to anyone who enjoys the outdoors in the summertime. They’re also a nuisance to horses and pets. There’s no getting away from them. They bother us when we barbeque in our backyards, they bother horses in their barns and stalls, and they bother horses in the pasture. One of the most disturbing sights you might encounter occurs around dusk. Huge populations of male gnats, known as “ghosts,” congregate at sunset into amorphous clouds that look ghostly.

Eye gnats (Liohippelates spp.) are a problem in Florida, Georgia, and Southern California. Searching for a way to control gnats is akin to finding the Holy Grail. You search and search but never find it. So is the case with gnats.

There aren’t any methods for controlling eye gnats (Family: Chloropidae) that are 100% effective. Most biological, chemical, and mechanical methods have limited effectiveness. Worse yet, some eye gnats have developed resistance to insecticides. I personally do not advocate applying insecticides to the face (human or horse); however, extension experts at University of Kentucky recommend wiping permethrin on the face and around the eyes of horses, taking care not to get the insecticides near the horse’s eyes or mucous membranes.

One reader in Florida shared with me her method for controlling gnats near her house and barn. She drilled two one-inch holes on the upper shoulders of a plastic milk jug. She scrambled four eggs, added four cups of water to the eggs, and poured out the mixture in the jug half way. She then hung the jug on the fence away from her house and barn. She compared her concoction to another common solution for controlling gnats: apple cider vinegar with a few drops of dishwashing soap.

“The egg ones get way more gnats,” she told me. “But man! they are gross like a week later when you empty it and refill with a fresh egg mixture.”

I say, whatever works, use it. Two other solutions that have proven effective in some circles are apple vinegar or wine. The first is a twist on the old apple cider/dishwashing soap mixture. The only difference is the addition of one tablespoon of sugar. You mix two tablespoons of vinegar, 1 tablespoon of sugar, a few drops of dishwashing soap, and one liter of water, shake it up, and place it near your house or barn. When it fills with gnats, mix a fresh batch of solution. The second mixture uses wine, though I can’t image anyone feeding gnats their favorite wine. That’s like inviting them to dinner. Drill three or four quarter-inch holes on the top (or cap) of a one-liter soda bottle. Pour a cup of wine into the bottle, add a few drops of dishwashing soap, and place the bottle(s) near your house or barn. I don’t know which wines they prefer. Perhaps the better the bouquet, the more gnats it attracts.

While these methods work adequately well near houses and barns, they are not very useful in fields or pastures. One method recommended by the University of California Agriculture and Natural Resources involves the installation of screens or nets that act as barriers or enclosures against eye gnats when the situation becomes intolerable or unmanageable. They found that nets and screens were able to exclude more than 90% of eye gnats in a prescribed area; however, the nets or screens must be at least eight-feet tall because eye gnats fly close to the ground.

Other methods focus on hygiene. Eye gnats are attracted to, and reproduce in, fresh organic matter turned into the soil. By reducing the amount of manure, it may be possible to reduce the eye gnat populations. It’s also necessary to reduce moisture or irrigation levels, especially at the soil surface. This will reduce egg laying and larval survival. Unfortunately, the implementing an Integrated Pest Management (IPM) programs is difficult to do.

Lice (Order: Phthiraptera) are cold weather pests that cause horses great discomfort. The horse “sucking” louse (Haematopinus asini) arrive during winter and early spring. They congregate on the horse’s head, neck, mane, and tail where they suck blood. You can often see adults and nymphs moving through the hair. Louse eggs, also known as “nits,” attach to the hairs. Lice are difficult to control because they reproduce quickly. The reproduce every three-week, which comes out to 17.33 generations per year! The horse “biting” louse (Bovicola equi) feeds on the epidermal skin tissues and secretions. Poultry lice also occasionally infest horses. Infested horses will rub, bite themselves, stomp, and experience major discomfort.

Horses are plagued by two other pests that are potential vectors of serious disease and possibly death. Mites and ticks belong to the Class Arachnida, and they also include spiders, scorpions, and solifuges. In the United States, horses serve as a primary host for two species of ticks and a secondary host for 14 other species. Heavy tick burdens can result in general unthriftiness, anemia, and susceptibility to disease. Mites also are vector pathogens. Because of their small size, they often are overlooked. The most important mites affecting horses are the itchy leg mite (Chorioptes equi), the horse follicle mite (Demodex equi), the causative agent of demodectic mange, the scab mite or equine body mite (Psoroptes equi), the causative agent of Psoroptes mange, and the common mange mite (Sarcoptes scabiei) that burrows into the horse’s epidermis and which is the causative agent of sarcoptic mange. Sarcoptic and psoroptic mange mites (which live on the skin surface), feed on skin and tissue fluids, where they cause irritation, itching and scratching.

Phew. That’s a lot to consider. Insects and Arachnids are major pests of horses, and in many cases can be difficult to control. The best way to control these pests is to stop them before they become a problem. For now, it’s easier to treat the horse than it is to treat the land. I will periodically discuss new treatment strategies as I learn more about them.