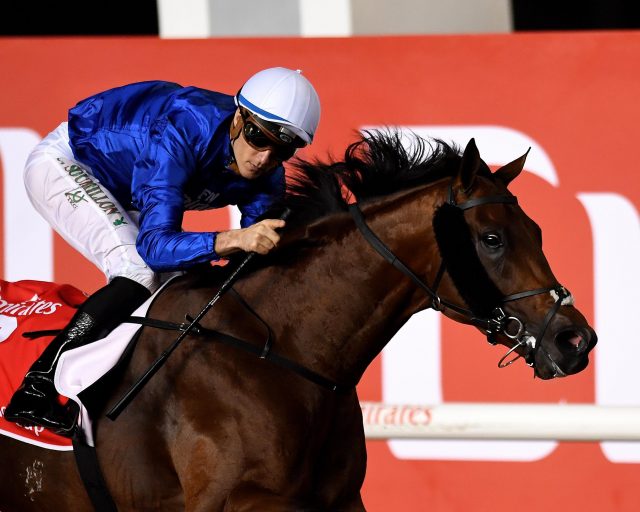 Not content with being remembered as “that horse that bucked like a bronco in the 2017 Kentucky Derby,” Thunder Snow went to the lead in Saturday’s Dubai World Cup and never looked back. 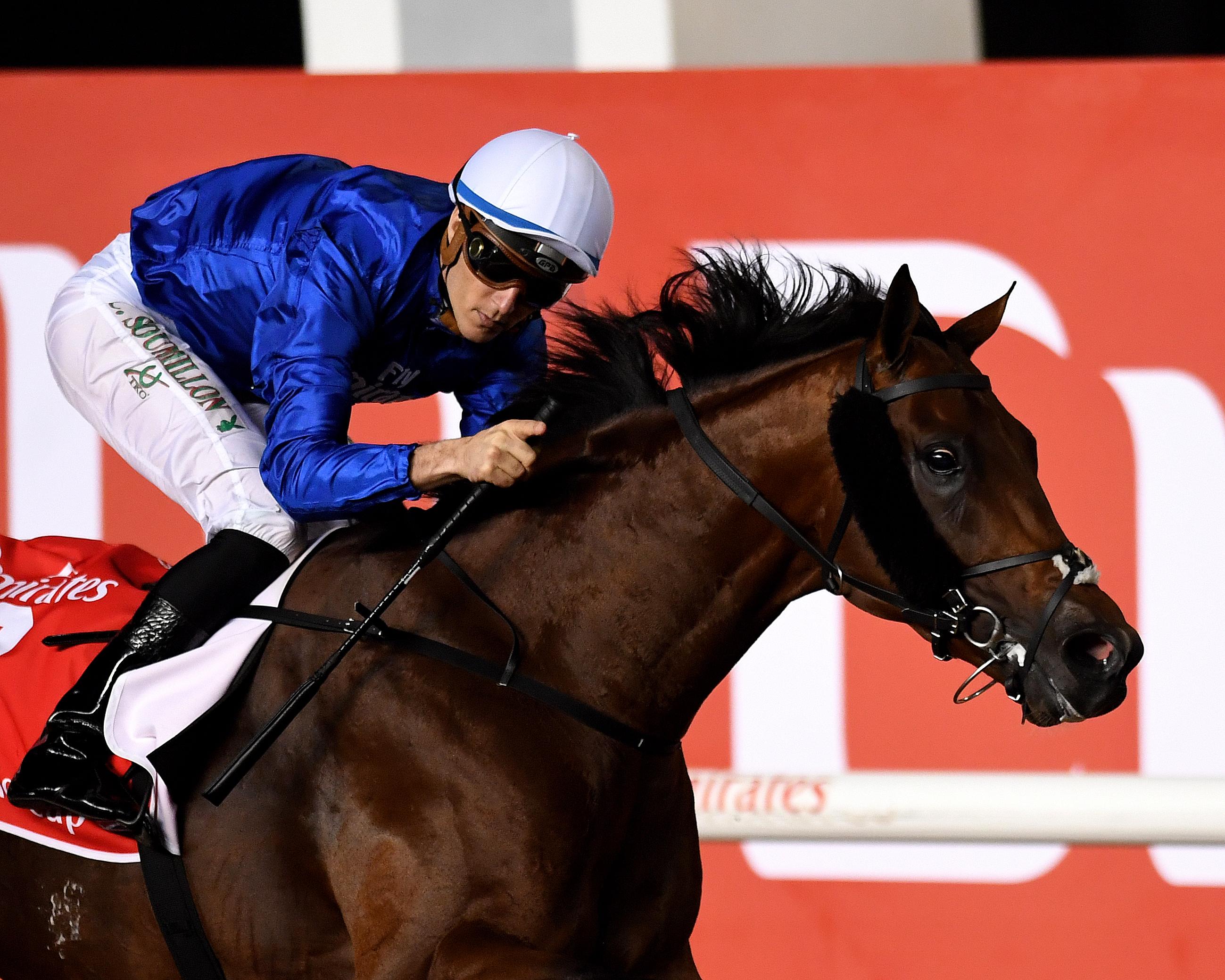 A few moments can be all it takes to change a legacy. Just a few seconds at the start of a wild 2017 Kentucky Derby nearly solidified Thunder Snow’s place in racing history when the bay colt rocketed almost sideways out of the gate and cavorted across the track behind the rest of the field, earning him a place in a thousand tweets and memes. (Admittedly, we didn’t help either with our viral tribute.)

Despite winning multiple graded starts in Europe and at Dubai’s Meydan on both turf and dirt, never finishing worse than second place at Meydan, it was still that fateful Kentucky Derby that was shaping Thunder Snow’s destiny, the memory that stuck in everyone’s mind. The colt demonstrated over and over again that he did in fact have the grit and the class… but those bucks and leaps over the Churchill mud seemed to be all that anyone remembered.

Until Saturday, that is.

When North America, expected to be the early speed in the $10 million Dubai World Cup, broke sluggishly at the start, the expected race scenario essentially fell apart, and ten jockeys on ten horses had just moments to react and change tactics. Christophe Soumillon, Thunder Snow’s regular jockey, hustled the Helmet colt across the track from the 10 slot and got to the lead.

The field was tightly-packed into the backstretch, with favorite West Coast tucked just off Thunder Snow’s shoulder. Forever Unbridled made a run for the leaders coming out of the turn for home but didn’t have enough in the tank, while Mubtaahij worked his way up the field. As the field hit the stretch, Thunder Snow simply peeled away from the field, shaking off West Coast and accelerating to a clear five-length victory.

“[Thunder Snow’s trainer] Saeed [bin Suroor] gave me lot of confidence before the race. I wasn’t ready to ride him that positively and I thought there would be more speed on the inside. He jumped so well that I thought I would have to make it. The first time I rode him I thought that when he leads that no-one can beat him, but it is difficult to make it,” said Soumillion. “However, it wasn’t that difficult in the end. Saeed did a great job and the horse made everything – it makes the jockey’s life so easy when you ride great horses.”

For all of us who chuckled at Thunder Snow’s Kentucky Derby, it’s pretty clear who got the last laugh now. Thunder Snow may return to North America for the 2018 Breeders’ Cup but no plans are set in stone as the horse is now set for a bit of a break.