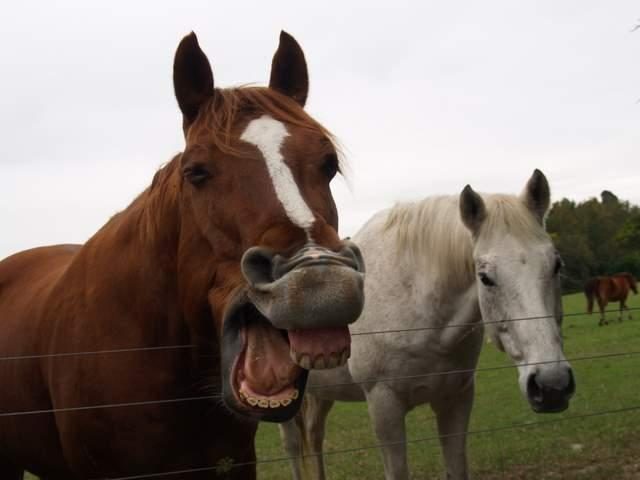 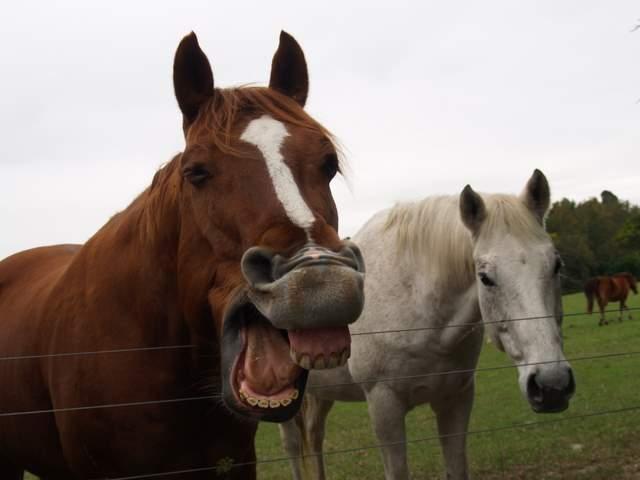 Hello all! Maria here from Horse Nation. I want to point out a few words that are spelled incorrectly on a regular basis in the horse world. I’m here to help you, so you don’t look like a kindergartner in your posts/ads/tweets and your friends and frenemies don’t laugh at you… for that reason, at least.

Bridle: headgear used on a horse to which the bit and reins are attached
Example: Do you like the new bridle I bought for my horse?
Bridal: concerning a bride or a wedding
Example: The money I spent throwing my friend a bridal shower for her wedding would have been better spent on my horse.

Gaited: describing a horse who possesses a four-beat ambling gait such as the rack or fox trot, among others
Example: This Tennessee Walker is gaited, unlike your thoroughbred.
Gated: dealing with fencing, as in a gated community
Example: Too bad horses aren’t allowed in most gated communities.

Farrier: the professional individual who puts shoes on your horse.
Farriar/ferrier/Fairyer: these are wrong. These are not anything. Just stop.

Manual: a type of transmission, as in a manual truck.
Manuel: a man’s name.
Example: For a present, we bought Manuel a brand new truck with a manual transmission, because he’s the best braider west of the Mississippi.

To: used for expressing motion or direction towards a point
Example: I will be moving to Florida to escape the snow.
Too: to a higher degree than is permissible or to mean also, in addition
Example: I have too many horses.
Two: more than one, less than three
Example: I own three horses, but my husband thinks I only own two.

There: in, at, or to that place or position
They’re: contraction of they are
Their: belonging to the people previously mentioned.
Example: When they’re not looking, their stud goes over there to find the ladies.

Bred: Describing a mare who has been exposed to a stallion. Also part of some breed names, such as Thoroughbred or Standardbred
Bread: a food prepared from flour and water, then baked
Example: My Standardbred mare, who was bred last week, really enjoys bread as her favorite treat.

What would you add to the list? Let us know in the comments section!