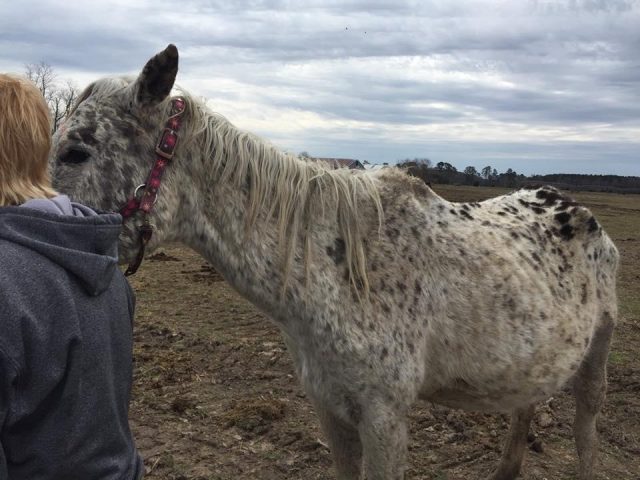 Alerted by a news helicopter acting on a tip, law enforcement in Wicomico County, Maryland discovered at least 25 dead horses among 100 in poor condition on a rural property on Friday, March 16, 2018. (Some images in this article may be considered graphic.) 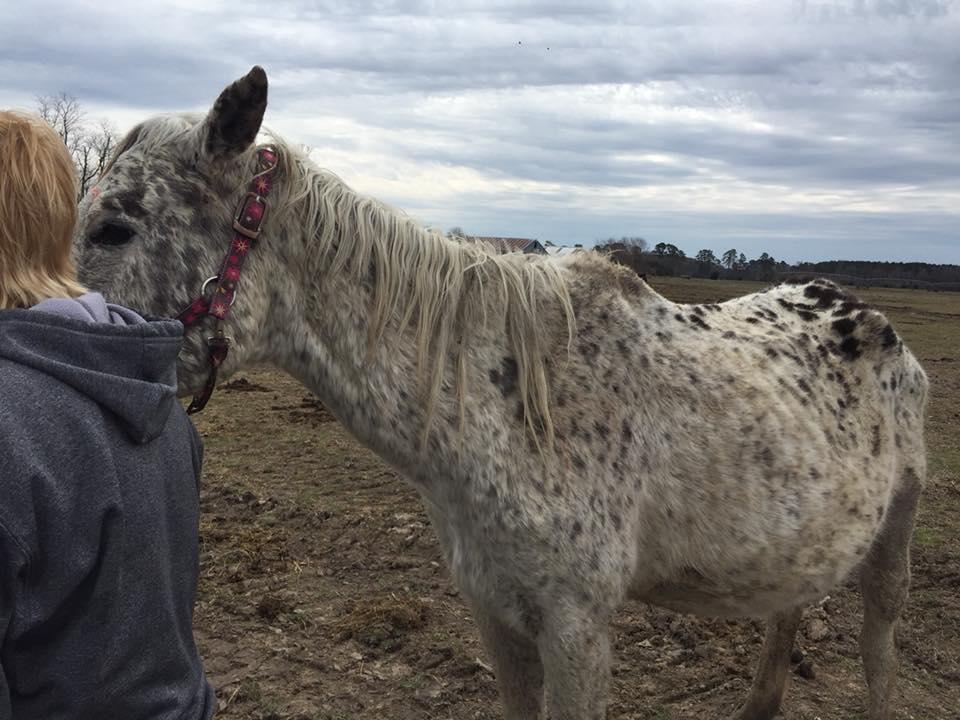 About 25 dead horses were found on a rural property in Wicomico County, Maryland, Friday, March 16, 2018 by a news helicopter alerted by a tip to the “shocking, horrendous” condition of a longtime 150-acre horse farm.

A TV news helicopter from station WBOC-TV located in nearby Salisbury, MD, flying over the property on Cherrywalk Road near Hebron, MD, on Friday, March 16, 2018, filmed about 25 dead bodies of horses in various states of decay, scattered among approximately 100 surviving horses, and alerted authorities.

“Possibly one of the worst cases of animal neglect,” said WBOC TV commentator.

The farm, owned by resident Barbara L. Pilchard, was found by county law enforcement officers to be loaded with horses – 100 alive and barely alive, and about 25 identifiable skeletal and decaying bodies. The Wicomico County Sheriff officers began investigating the horses’ deaths Friday after entering the property. 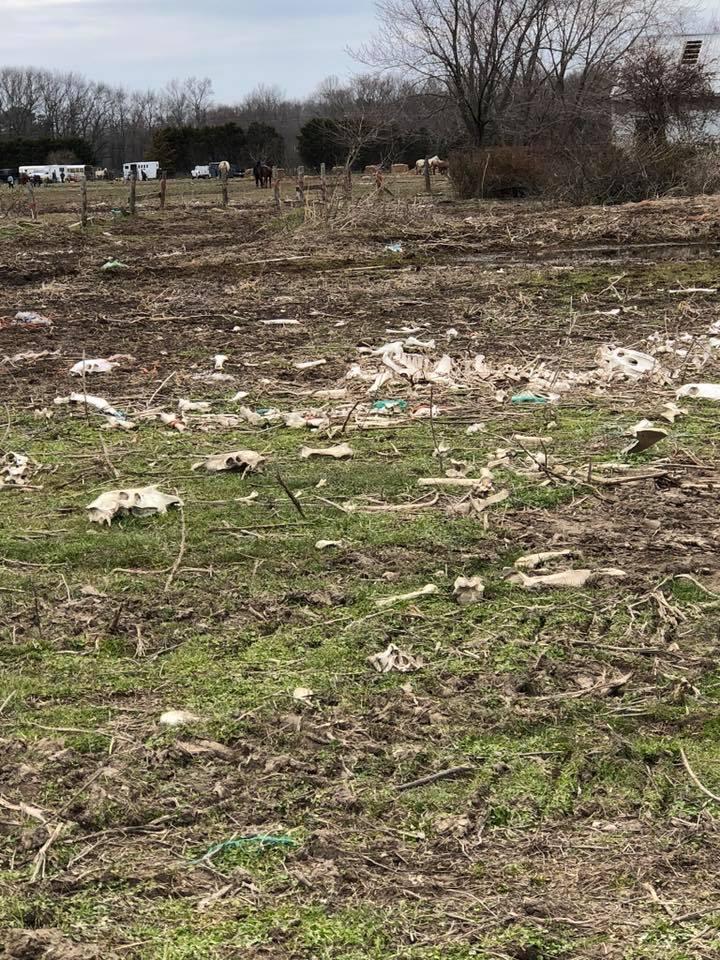 Field of bones at the Maryland farm. Photo by Donna Fairbairn

According to Wicomico County sheriff Mike Lewis in a Tuesday, March 20, 2018 press conference, law enforcement was familiar with the property and stated his officers had visited the address over 80 times in previous years for complaints about the horses being loose in neighbors’ yards, gardens, and in the roadway.

Lewis, in an interview with local news outlets Saturday, was quoted as saying he was “stunned by the discovery” of the dead horses, which included a two-week old dead foal whose decaying body was lying a few feet from the front door of the house where Pilchard lived.

“What I saw today [Saturday] was absolutely shocking, horrendous,” Lewis said to news outlets. “I am an animal lover and to see it was horrible.”

Wicomico county heavy equipment entered the property Saturday to gather and remove the dead horses, struggling with the deep mud to take out two dump truck loads of carcasses to a specially prepared lined spot at the county landfill. Officials reported that the owner was cooperative. 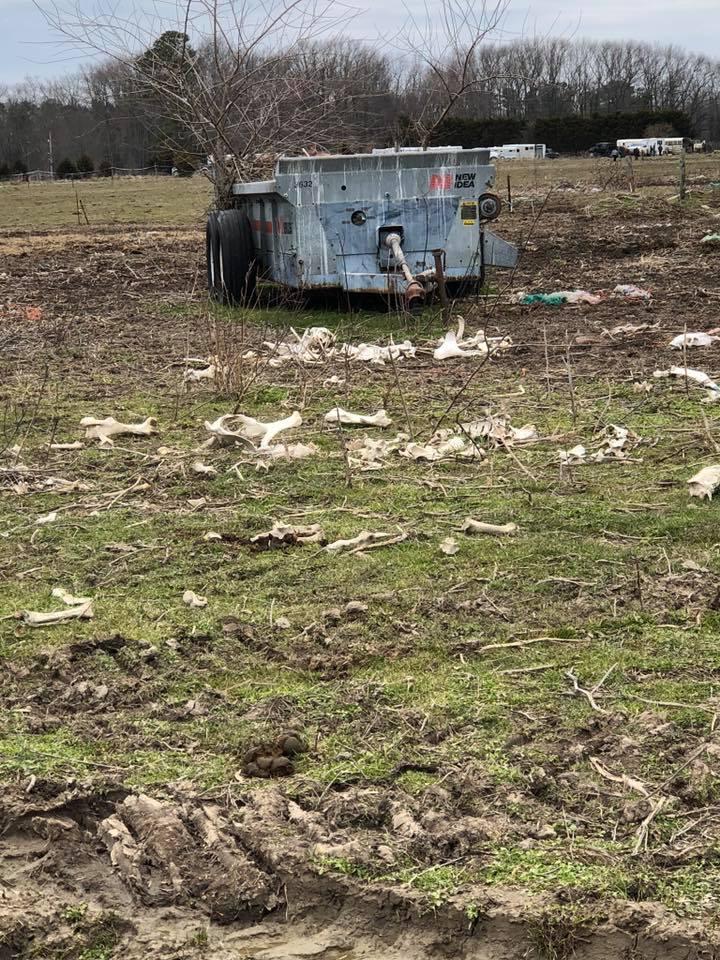 More bones and a manure wagon. Photo by Donna Fairbairn

It is unknown what caused the deaths. The county attorney indicated results from autopsies could take months. Complicating the cleanup was deep mud and manure, with hundreds of buzzards attending the bodies in various states of decay. Of the surviving horses, some horses could be seen corralled in the back yard of Pilchard’s home with the back of the house as a barrier. They had broken windows and siding on the home and eaten insulation, according to Lewis.

Wicomico County animal control director Aaron Balsamo along with other county officials directed the seizure of the remaining horses over the weekend of March 17-18, and called in Layfield Equine Services veterinarians Dr. Daryl Insley and Dr. Jessica Yankus to assess the horses and identify at-risk animals in the herd. It was known that most of the male horses were intact and assumed all of the mares bred.

Local volunteers helped corral, catch and load horses in a massive removal effort starting March 17, while hay was fed to the horses and several tons of donated grain from a local feed store was supplied.

Days End Farm Horse Rescue, LLC., from Woodbine, MD was among the first rescues on the scene. They started identification and round up at that time and transported a dozen critical mares heavy in foal from the Quantico farm to the Days End facility. Caroline Robertson of Days End Farm Horse Rescue stated in an interview with local news that the 12 mares were judged a 1 and 2 on the Henneke Body Condition Scale, two of them with foals less than a week old. “They are stable currently but with guarded prognosis,” she said.

Due to the scope of need for so many horses, director Balsamo asked for assistance from local and then regional rescues to take horses. Some rescues involved included Changing Fates Equine Rescue of Delaware, First State Animal Rescue of Delaware, Small And Tall Equine Rescue and Sanctuary and more. With help of volunteers, and quick outpouring of social media support, approximately 70 horses were removed from the property, until a late spring storm halted the massive operation on Tuesday, March 20, 2018 with 32 horses remaining for removal at the end of the week.

The herd, consisting of some horses of obvious Appaloosa breeding, appeared to be almost feral. It contained young horses, mares of all ages, as well as mature stallions. Some of the mares were heavy in foal and while the rescue commenced, two foals were stillborn. Three horses had to be euthanized during the seizure process. Volunteers reported many of the horses exhibited poor health and condition. 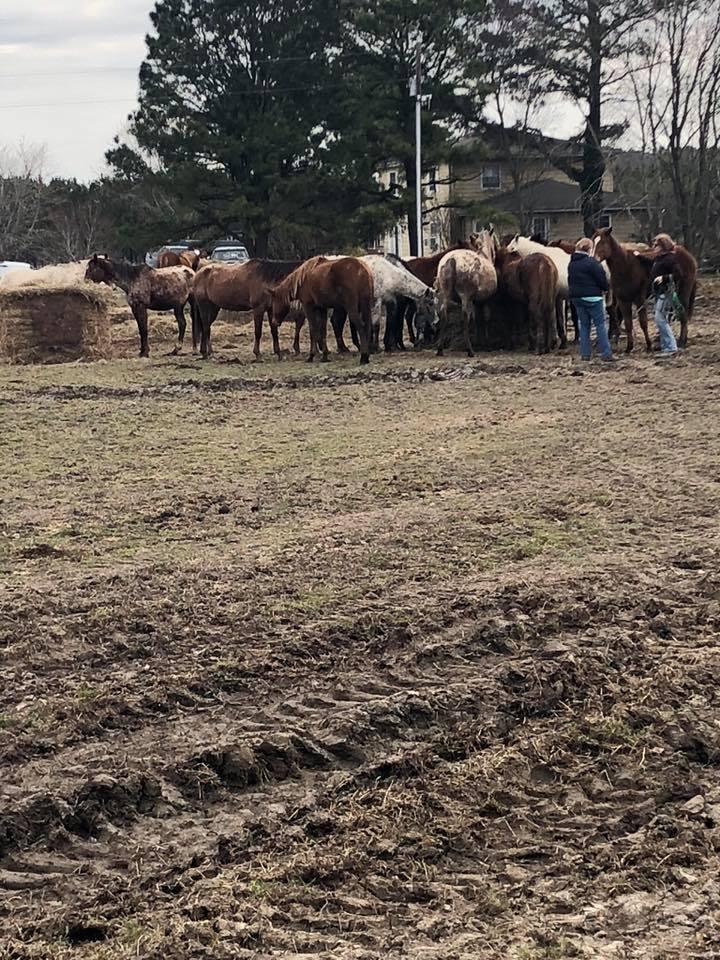 Surviving horses at round bale. Photo by Donna Fairbairn

Local horse people have known about the breeding farm for years, and several had been able to purchase horses from Pilchard. Some eyewitnesses report that more than 100 horses, possibly as many as 200, once populated the farm as recently as two years ago. Pilchard would accept donated hay periodically. She reportedly terrorized neighbors, and local horse people attempting to catch loose horses escaping the 150-acre farm bordering the road. Many of the horses in the back of the remote property were hidden from view down a long driveway behind a house and deteriorated outbuildings.

Local horsewoman Jenn Pino had seen the herd many times in driving past, and had been alerting officials for 15 years about conditions on the farm, where the owner periodically would list horses for sale online. “The conditions were just horrible,” she said. “Finally, finally, something is being done.”

If you would like to make a donation to help support the surviving horses, please visit websites of the following organizations who have stepped in to help (note: these are the known rescues who are helping, but may not be a complete list — we will update as we learn more).