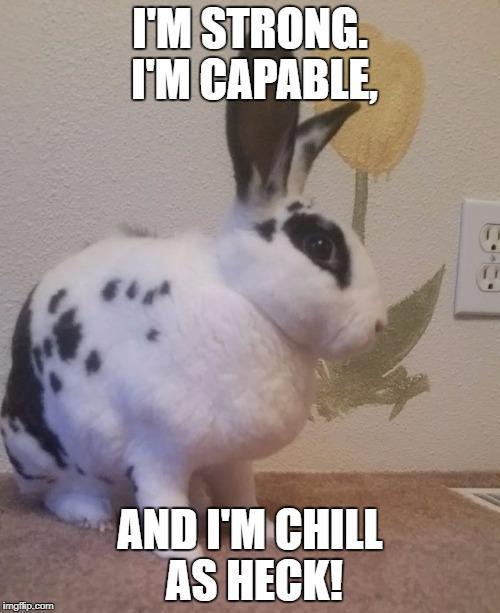 Let us take this opportunity to remember our noble mascot.

Back in 2014 the citizens of Horse Nation declared the bunny its official mascot. This past week, Horse Nation’s very own in-house bunny, Pi Rex Rufus (Pi R^2) celebrated a very special milestone — his 10th birthday, or as I like to call it, his aluminum jubilee! 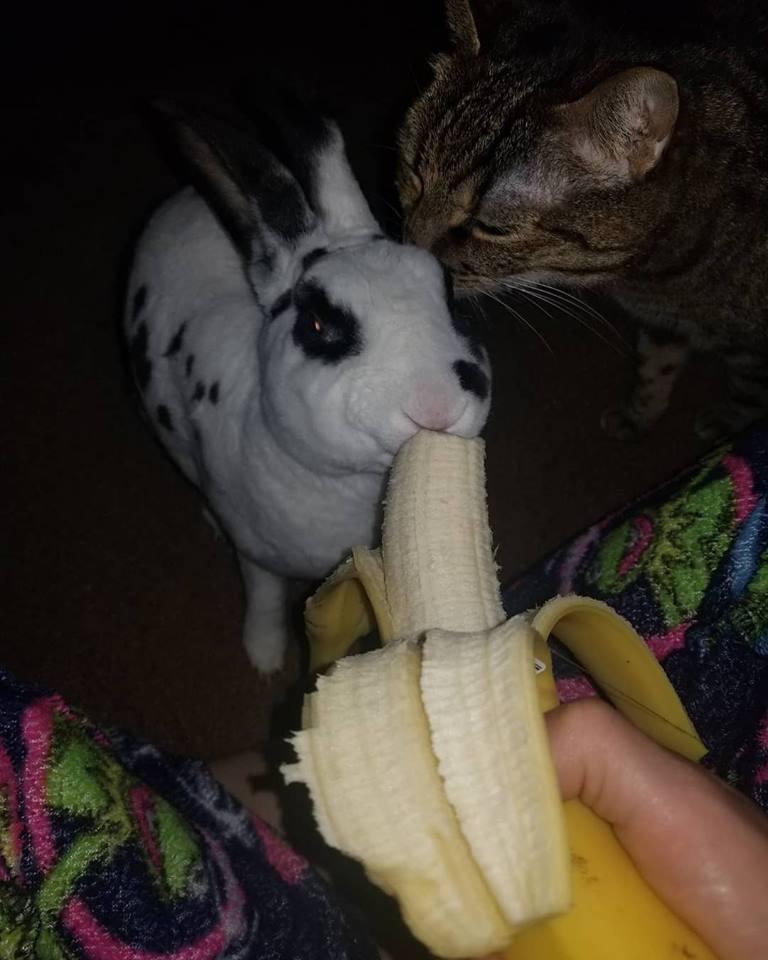 No better way to start your birthday than with some banana and your favorite feline buddy. Photo by Biz Stamm.

Pi has been with me from the very beginning of Horse Nation back in 2012 (and before that, too!) and has been an instrumental part of my writing process. From demonstrating proper collection… 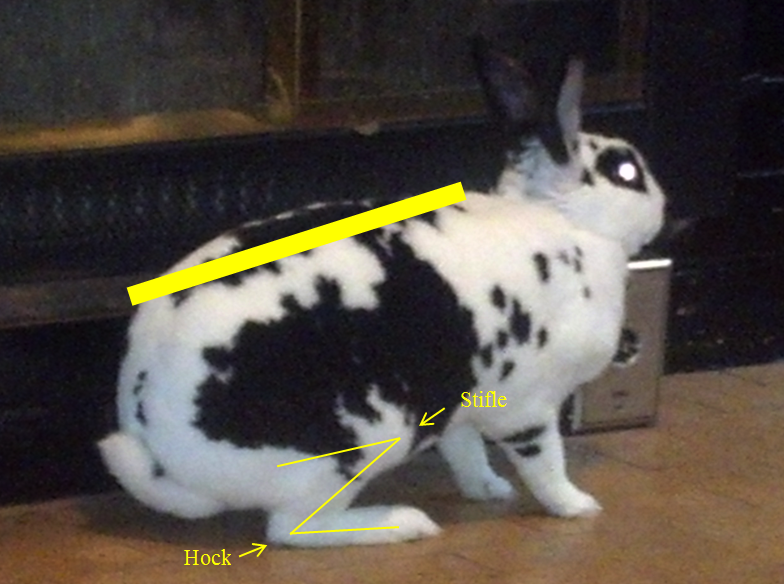 Pi showing that bunnies can be very collectd Photo by Biz Stamm.

…to showing how to sit correctly, or maybe just helping readers relax after a long day at the barn, Pi has made many appearances in Horse Nation articles. 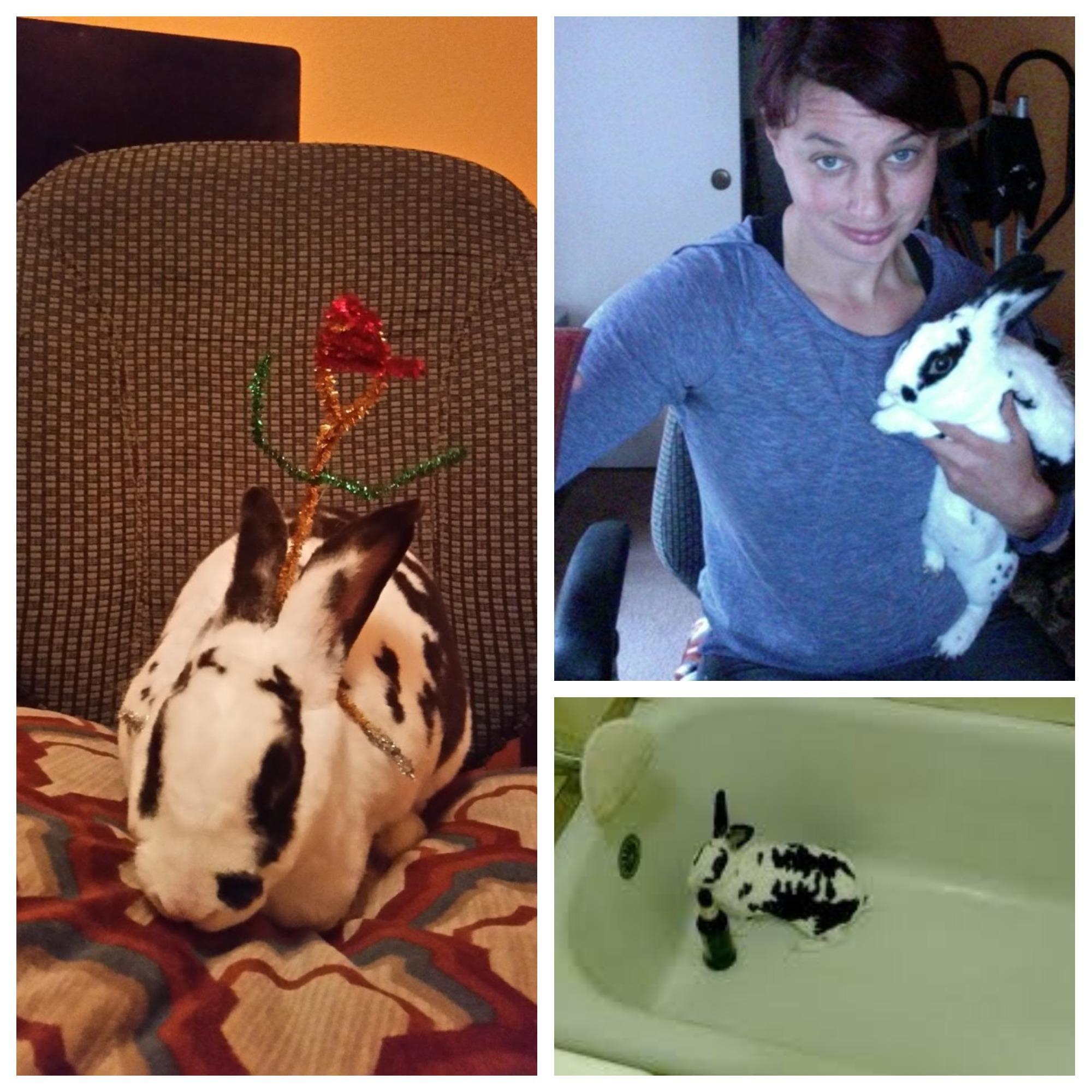 Pi shows you everything you need to now to be a successful equestrian. Photos by Biz Stamm.

And then there were the memes. Oh, the memes. Luckily for Pi, all the words I’ve put into his mouth have been accompanied by an equal number of rabbit treats and ear scratches. 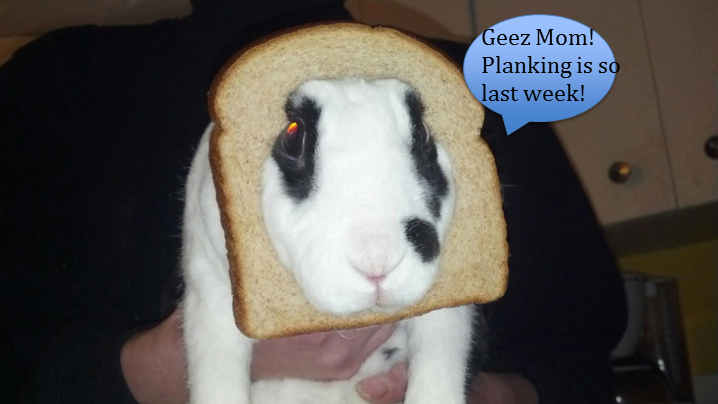 Pi lettiing us know that planking is out and breading is in! Photo by Biz Stamm. 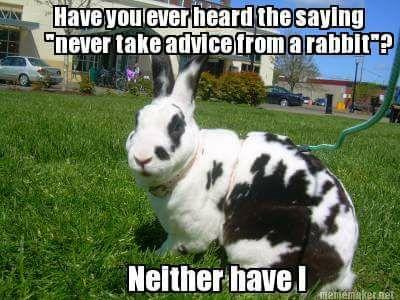 Pi briefly had his own advice column. Maybe it’s time to bring it back now that he’s old and wise! Photo by Biz Stamm.

Pi embodying the perfect attitude for a dressage horse. Photo by Biz Stamm.

So how does such a massive celebrity go about celebrating such an important birthday? Well, Pi was named as such because he was born on 3/14, also known as Pi day. He is also covered in small, round spots and has become quite round in shape over the years, so the name is fitting on many levels. It has become tradition for us to throw a “Pi Pie party” every year where the humans eat pie and bring an assortment of offerings for the fluffy-butted birthday bun.

For his 10 year aluminum jubilee, we knew we had to do something extra special, something to ensure the day would never be forgotten. So on top of the pie and the offerings, I pulled out the water colors and we all painted “pi-traits.” You might be thinking that this is a little too “extra” for a bunny birthday, but Pi loves attention and I’m convinced that these mass displays of adoration are least partially responsible for his longevity. 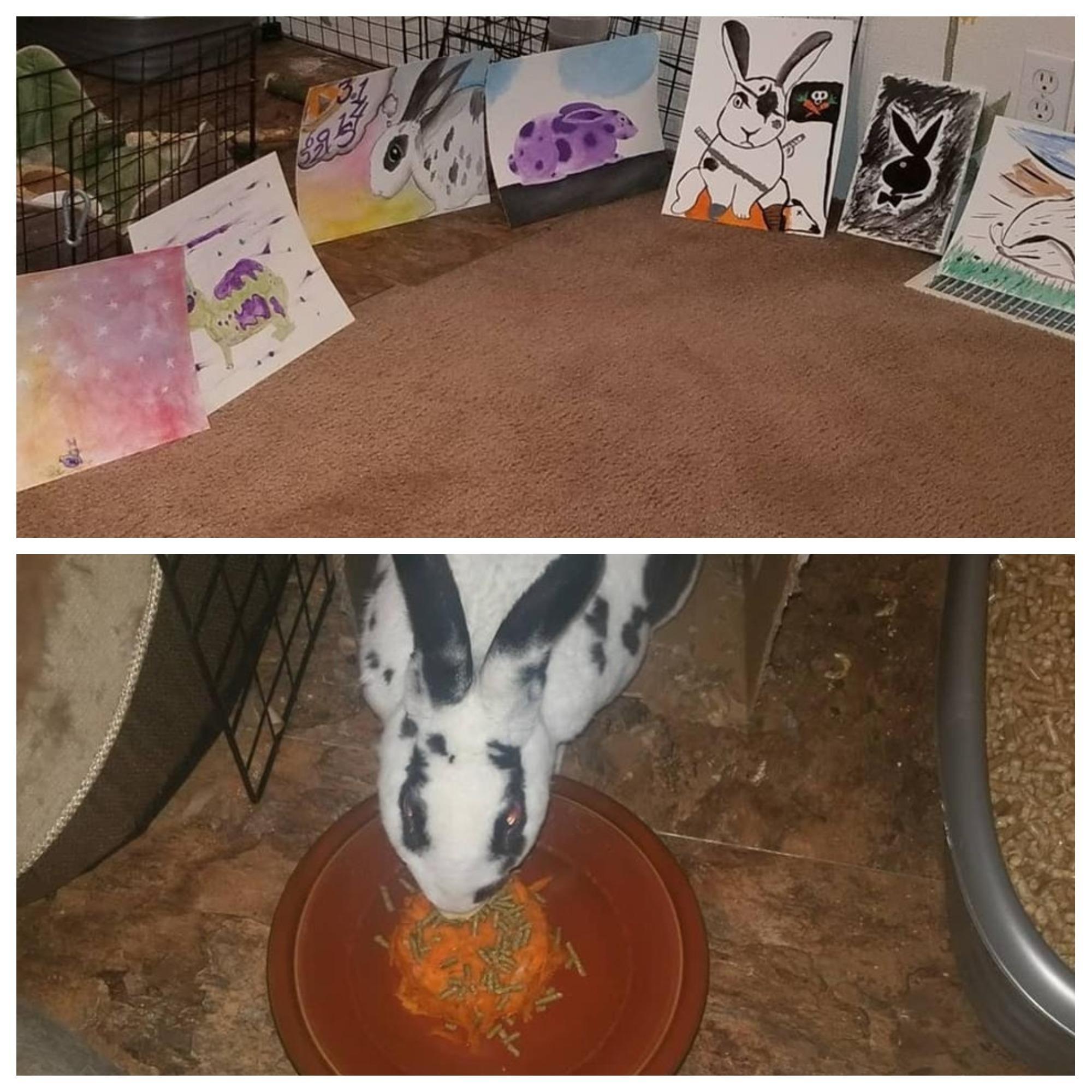 “Pi-traits” and the birthday bun enjoying his “carrot cake.” Photos by Biz Stamm. 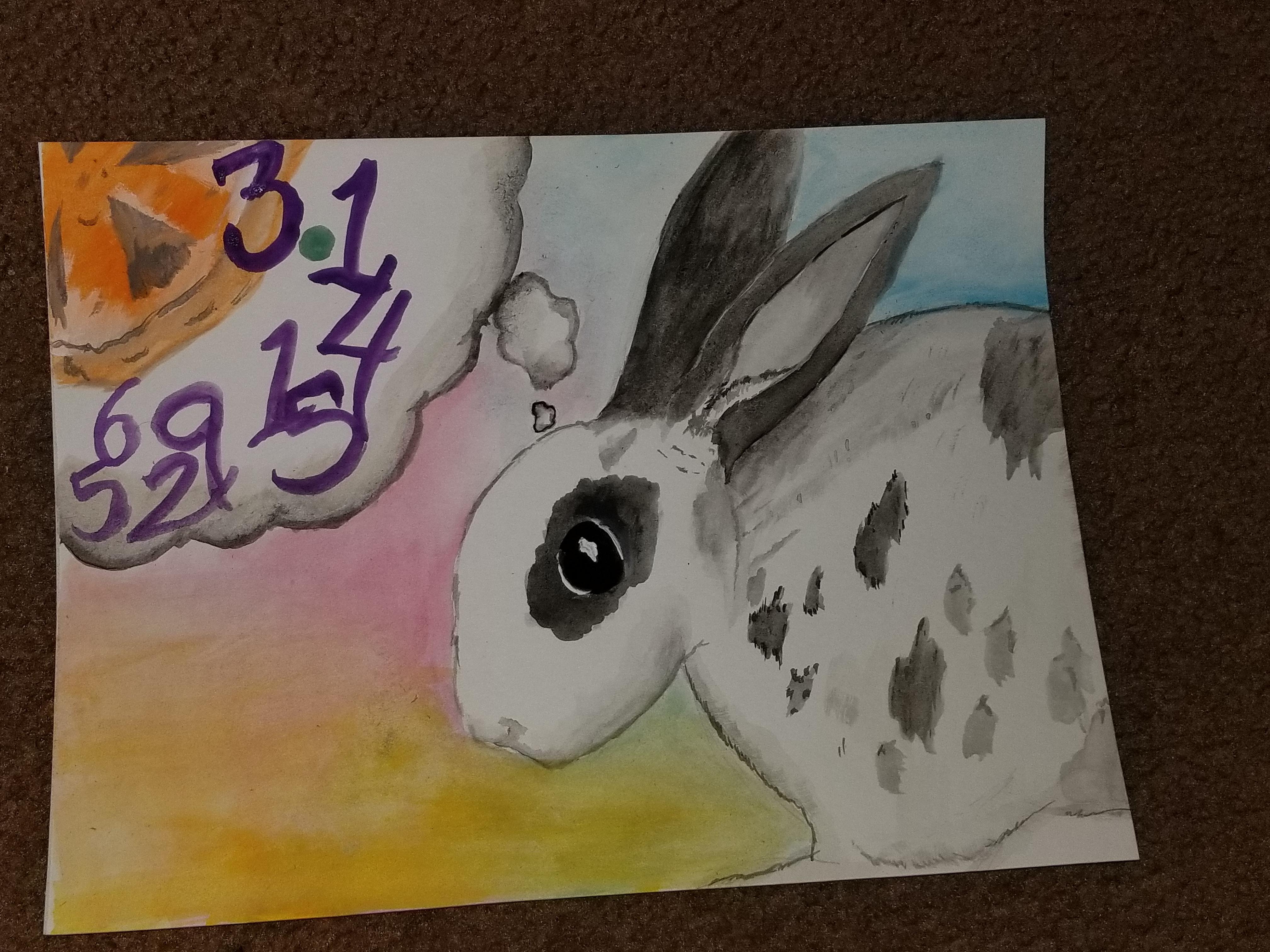 So let us all give a loud Horse Nation “Happy Birthday!” whinny to nose-boopable birthday boy, and official Horse Nation mascot. We hope you’re around to educate through your spectacular demonstrations of horsemanship for many articles to come.