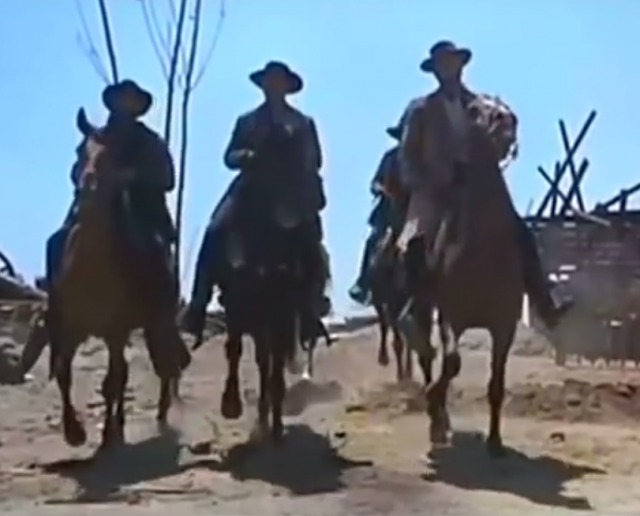 In which we explore the origins of the “spaghetti western.”

In the 1960s a new subgenre of Western movies emerged. These were low-budget films, collaborated with Italian and German directors, and filmed in Spain and sometimes Southern Italy. Due to their place of origin, they were crudely dubbed “Spaghetti Westerns” by American critics and “Macaroni Westerns” by the Japanese.

Most of these movies were originally made in Italian and dubbed over in whatever language was needed.

There were over 600 western movies made in Europe between 1960-1978 with the Italian director Sergio Leone stealing the spotlight, notably with the Dollars Trilogy featuring the then-young and handsome (not that he isn’t still handsome) Clint Eastwood: A Fist Full of Dollars (1964), A Few Dollars More (1965) and The Good, the Bad, and the Ugly (1966).

Most Spaghetti Westerns have the same themes: an America-Mexico border setting; the Civil War has just ended; and there are some crazy, sadistic Mexican bandits that are always after a really pretty lady to kidnap/ransom/use your imagination.

The landscape in these films are very impressive and matched with an equally impressive musical score that only can fit into one distinct subgenre. On top of all that, most of the horses used in the films are Andalusians, Luisitanos and crosses of those Iberian breeds. Rarely do you see the American quarter horse in these films.

If you haven’t had a chance to watch one of these uniquely impressive films, I’d suggest you’d start with The Good, the Bad and the Ugly. Even though it’s the third movie in a trilogy, it’s like Star Wars — it’s okay not to start on the first one.