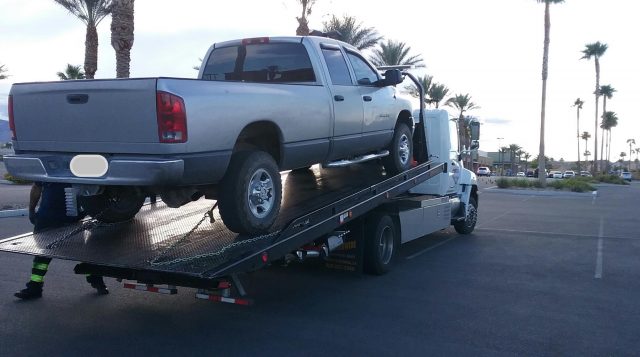 And you thought HORSES were dangerous. 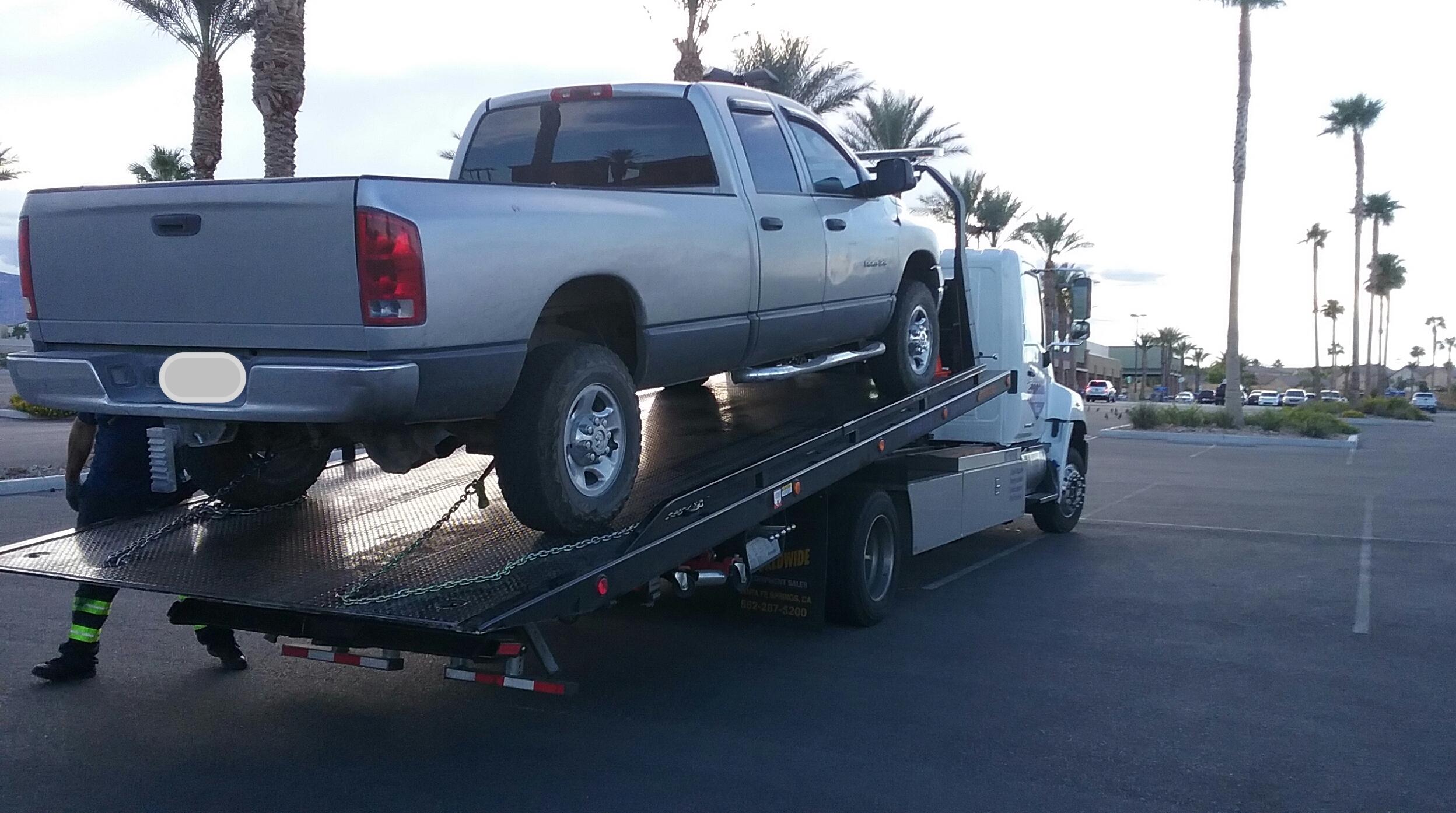 The Silver Turtle, getting a tow. Photo by Maria Wachter.

There’s a saying ” No hoof, no horse.” Well, I have a new saying: “no truck, no horse person.” Let’s face it: if you make a living with horses or own a ranch, you NEED a truck. Hauling hay, moving heavy loads, and carting around ponies… a truck is a must.

Now, we all know how dangerous horses can be; trucks can also be dangerous. Not only do we have to worry about other yahoos on the road, we also have to worry when things start to break down.

As much as I’d love a new diesel truck, I can’t justify the $1000 a month truck payment. That’s a week of work just to pay for a truck. I’d much rather fix things as they break in an older truck and forgo that hefty truck payment; then I can spend my hard-earned money on better things… like vet bills.

Now, my main ride is a 2004 Dodge diesel truck that I have dubbed the “Silver Turtle” because he’s pretty slow, but eventually will get there. He’s a pretty reliable truck for being 14 years old. OK, let me me rephrase that — his engine is very reliable. They rest of him self-destructs on a regular basis.

They say horses are dangerous… well, here are five ways my truck has tried to kill me this past year.

This sounds like a CCR song (that’s Creedence Clearwater Revival for all you young’uns), but nope, it’s just my truck doing it’s thing. Last month I had my living quarters trailer hooked up and I kept the truck running and put the emergency brake on — I have a manual truck so you can’t just put it in park and call it good. I guess the emergency brake had become loose over the past year.

I get out to throw a bale of hay into the trailer and I turn around and it’s rolling on me. “It’s ROLLING!!!!” I start running so fast I’d give Forrest Gump a run for his money and jump in the truck to stop it before it plows through my fence and takes out all my mules standing on the other side of the fence right in it’s path. Yep, that got my heart racing.

2. Steering is for wimps

Last Friday night I roll into my property and turn left to go up the driveway. I hear a “pop” and lose all steering: the drag link bolt broke completely in two. If it were 15 minutes sooner, it would have happened cruising down the highway at 70 mph and I probably wouldn’t be here writing about it, but I also wouldn’t have had to fix it the next day in 90 mph winds with a wind chill of about 10 degrees.

After a long weekend at my other job I take my my hard-earned money and put $100 into my 45 gallon fuel tank. A mile from home and I hear a “thunk.” I assumed my driveshaft fell out, but nope… my fuel tank was laying on the ground. Somehow the metal strap holding the tank up broke completely in two.

Somehow I lucked out and it didn’t happen on the highway. I also lucked out and have a diesel truck and it didn’t even put a hole in the tank. I ratchet strapped it up and drove home. That would have been a mess if it happened on the highway and it was a gasoline tank. I had visions of the whole truck exploding like it does in the movies, but here I am to live another day.

My truck started to act wonky like it had a bad alternator. I got everything tested and alternator tested fine, but I decided to buy one anyway and keep it with me in the truck. Cruising home from horse camping we pulled off the highway to get some pizza and the truck died. Right then and there. A few seconds before, it would have been on the highway. My boyfriend and I learned how to change out an alternator (with the help of YouTube) right on the side of the road.

If anyone has ever experienced this, you’ll know why it’s called a “Death Wobble”. If you have never experienced it, consider yourself blessed beyond belief. Here’s a YouTube video of what it looks like.

A death wobble is an affliction that affects Dodge trucks, some Jeeps and some other vehicles that have a straight front axle. Bumps in the road, expansion joints on bridges and potholes can trigger this reaction. The truck starts to shake violently and bounce up and down so hard you can’t even see and you can’t steer, all you can do is brake… and start praying.

Reasons that cause a death wobble can include: worn out steering components; bad tires; worn out trac bar; ball joints and more. Basically anything in the front end can cause this horrible experience. I have had his happen to me not just in the Silver Turtle, but also in two other Dodge trucks I’ve owned. I guess I just consider myself “lucky” that  they’ve all happened on the highway… in rush hour… and I’m still here to write about it.

So ladies and gents, horses can be dangerous… but everyday things are mostly the things that kill.

So buckle up and happy trails! Anyone else have any truck horror stories to share in the comments?