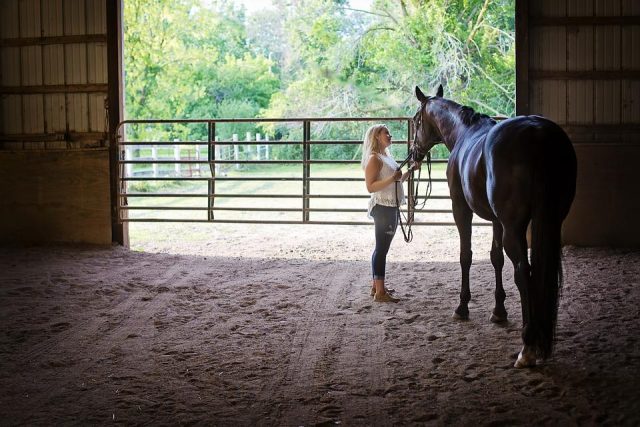 Hey, we’ve all been there: from falling hay bales to accidentally ShowSheening everything, here are the silly, probably preventable random moments in the barn that make our life flash before our eyes. 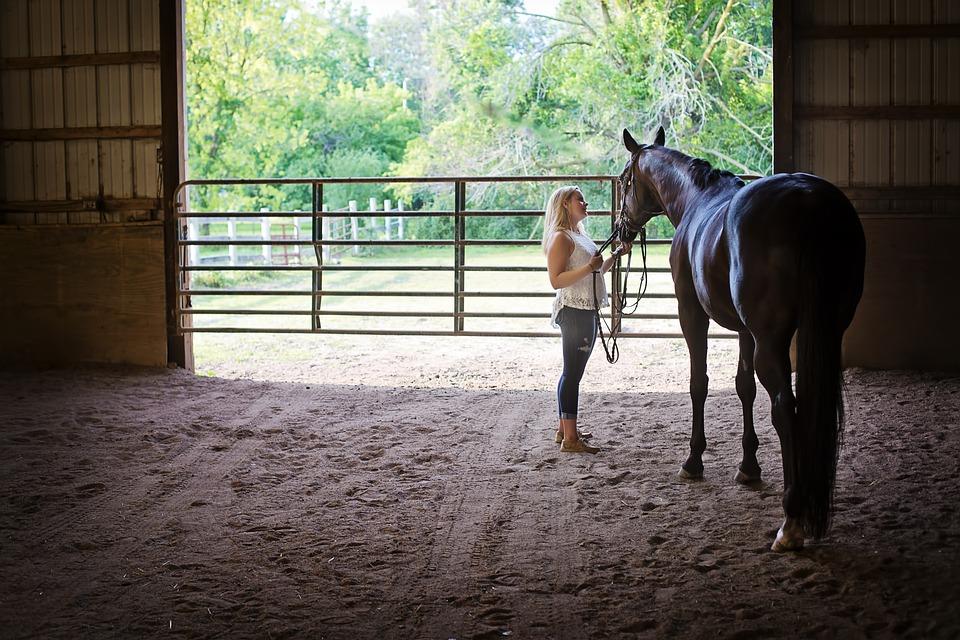 I was talking to my friend Mary Sue this past weekend; she told me her story of how she got Cowboy Magic accidentally on everything in her barn and the resulting struggles, especially with trying to maneuver a full wheelbarrow with hands all slicked up.

As if the horses themselves aren’t dangerous enough, there are plenty of ways to nearly die at the barn without ever throwing a leg over a horse. Mary Sue inspired this list:

We’re all guilty of this at some point in our horse lives: when I was young and had lots of time on my hands, and only owned ONE horse, I spoiled him rotten. This included long amounts of time spent grooming and pampering him. I had to have him look his best, so I used ShowSheen like it was going out of style. I would ShowSheen him up and then cover him in his winter blankets. The thing is, ShowSheen is slicker than snot on a golden tooth, so when I decided to jump on bareback on a cold winter’s night in the barn aisle, I pulled off his blankets and climbed aboard. He turned one way and I slid right off the other way onto the concrete floor. Note to self: do not use ShowSheen anywhere a saddle or human may sit.

I always drive with my spurs on. I’ve never had a problem, but my boyfriend always tells me it’s not safe. Well, one day I’m hauling my big living quarters trailer and traffic up ahead comes to a screeching stop. I quickly lift my right foot to brake and my left foot to downshift, to find out my left foot is stuck on the floor mat holder hook by my spur strap chain. Finally after seeing my life flash before my eyes and a good yank I rip the chain in half with the brute strength of an ornery horse on the crossties, come unchained and downshift to safety.

So, remember how I always have spurs on my boots? This time I’m walking my horse into the trailer and he’s excited to go back home and even more excited on diving into that hay bag in the front of the trailer. I walk into the trailer and my horse follows and plants his hoof right on top of my spur, sending me into a downward face plant. Thankfully he didn’t trample me. Now when I load them, I send them in first, secure the divider and then tie them. (Alternately, I could just take off the spurs, but who has time for that?)

We keep our hay stored in 40-foot connex boxes. I go in with a hay hook to pull a bale off the top of the stack and accidentally pull over the whole front line of hay bales. When I’m backing up out of the way of impending doom, my feet slip on the slippery floor which is a combo of frozen wood and loose hay… thankfully I regain my footing before almost being crushed by five 100-pound hay bales.

I have three cats, and they really love me…. actually, they love everyone. They also love to run in front of your feet while you’re walking and roll onto their backs, belly up like a dog, and try to trip you.

Well, I’m carrying a saddle from the trailer to tack up my horse and King Tut, one of the cats, goes into his belly up pose, except by this time it’s too late and I don’t see him until I’m on top of him. Me and the saddle come tumbling down and the cat barely makes it out in time before he’s squished like a bug. The saddle broke my fall.

Stay safe out there! And go riding.