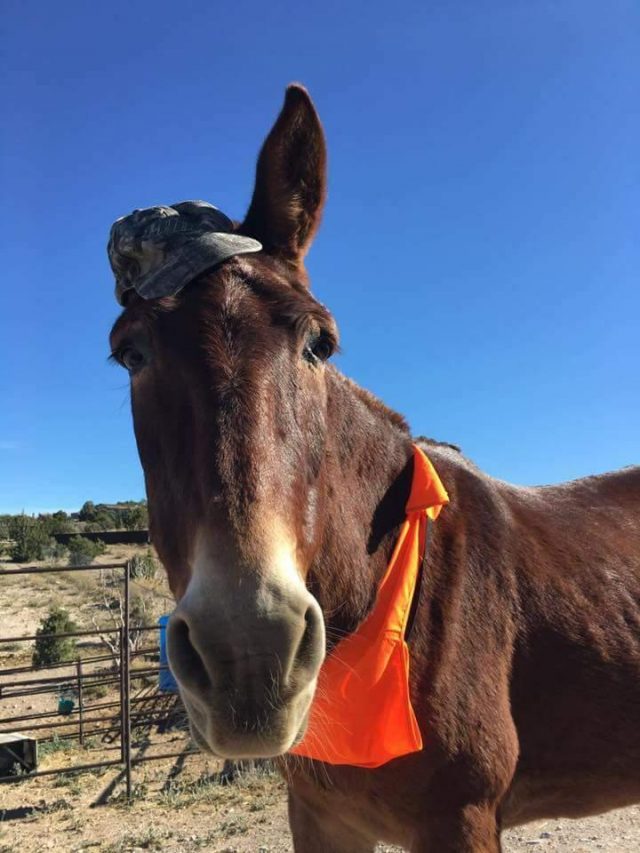 February 19, 2018Kristen KovatchMaria WachterReader Horse of the WeekLeave a comment 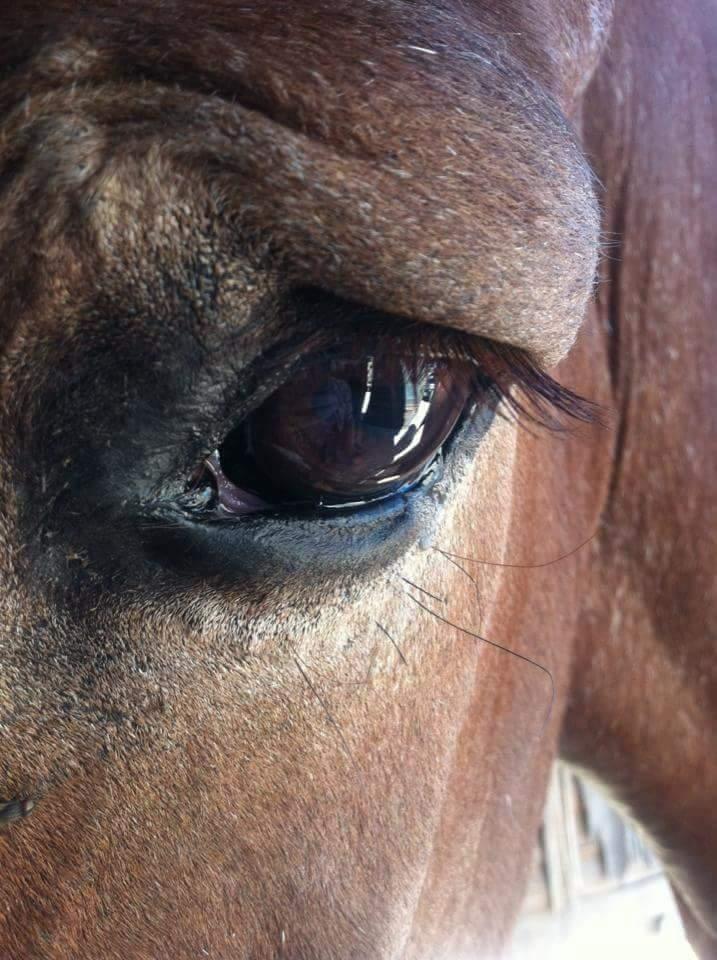 All photos by Maria Wachter.

Worried Man the mule is a 22 year old john mule that lives with me. I’ve had him for five years now. Originally he lived in Colorado with an outfitter and was used for riding and packing for hunters. Supposedly people used to bow hunt off his back. (I actually have no proof of this, and since I found him on Craigslist, I’m sure it’s totally true.)

I was looking to add another mule to my herd, and found him on Craigslist in California. My boyfriend and I drove out to check him out. The owner assured to me he was a good one because when I asked about his temperament he replied back “I sometimes have to check for a pulse.” 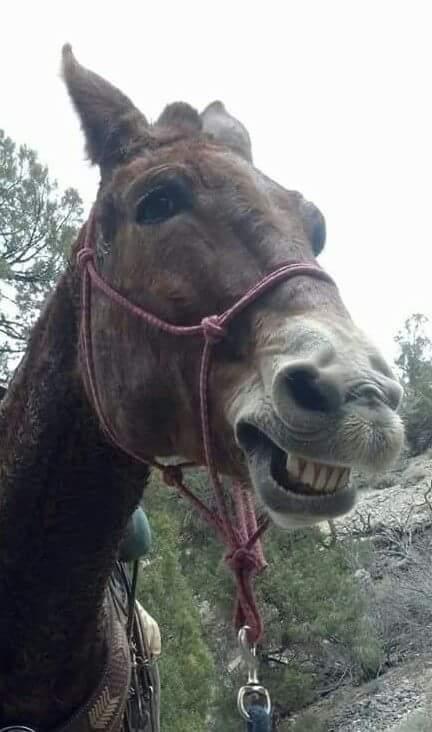 We get to where he was located: on a mountain top in Hidden Valley, overlooking the Pacific Ocean. His owner was a ranch manager for the spread. His closest neighbors were some of Hollywood’s most famous actors. So here is this funny looking long-eared equine living in luxury.

First thing I noticed was his knee. It looked like he was smuggling golfballs under the skin. The owner assured me he’s been this way since he was a baby and he was totally sound. I should have left right then and there… but instead, I picked up all four feet and he gave them to me. I then asked if he ever kicked. The owner smiled at me and was missing his two front teeth. Warning sign #2. I should have ran for the hills. But, instead I decided to ride him. Actually, I made the owner ride him first. He hadn’t been ridden in a year… or so he said. He didn’t do any funny business. So, I had my boyfriend climb aboard. He rode off just fine and was totally sound.

Well, I bought him and I promised I wouldn’t change his name “Worried Man.” If you saw his face, you’d know why he got his name. He looks perpetually worried. 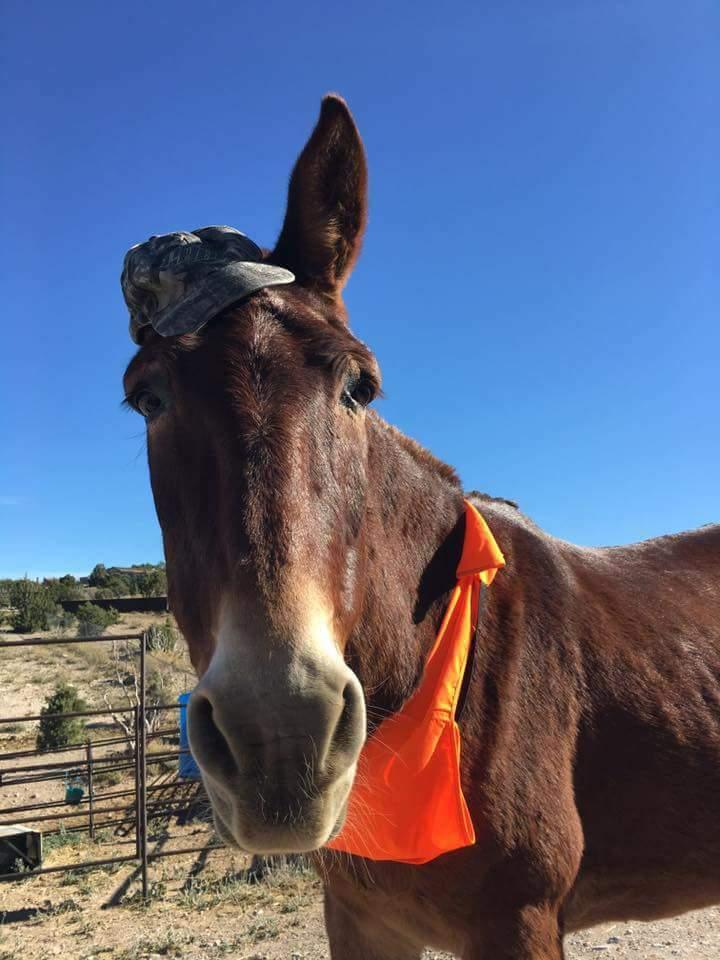 He was always a perfect mule for shoeing and riding. Very calm and stoic and such a little lover. One of the best mules I’ve ridden for climbing mountains. Unfortunately he only stayed sound for less than a year. He started to get lamer and lamer. I took him in and got him x-rayed and found out not only does he have arthritis in his knee, he also has ringbone in his opposite foot. I tried the injections. He ran around like a colt afterwards but they wore off in less than 2 weeks and then he was lamer than I had ever seen him before. So, I had to retire him. He is still used very occasionally for light packing and ponying just because he loves to get out and the exercise actually helps with his arthritis. When he gets to the point of not being able to get up and move around easily, I’ll make that call. But right now he still gallops around the corral when he’s excited (normally over food.) 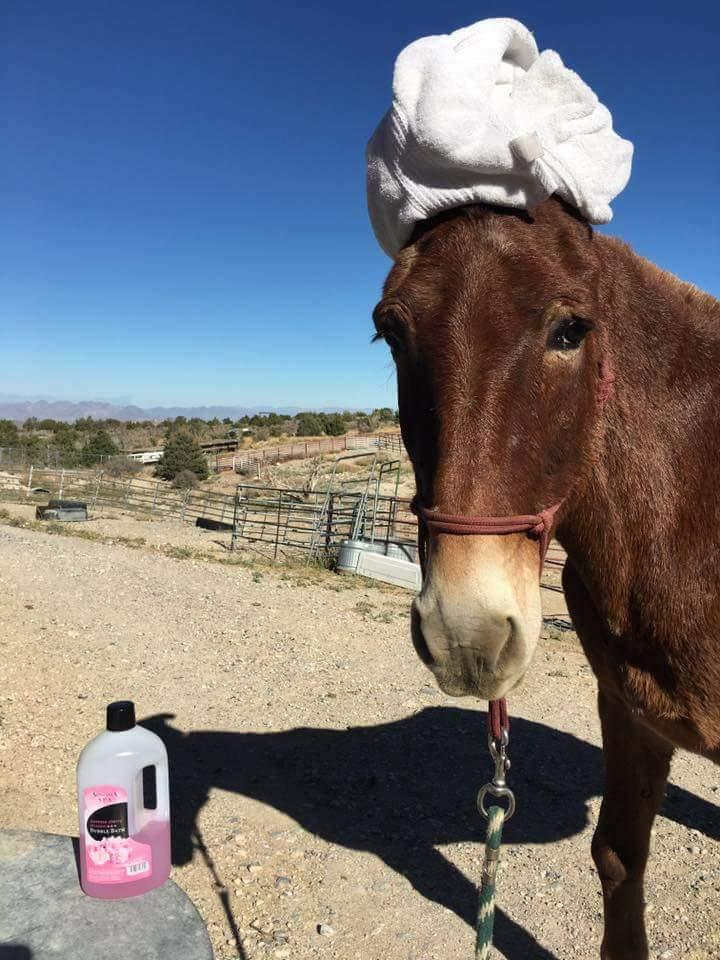 He serenades me everyday with his funny sounding brays. Sometimes they sound like a foghorn and sometimes like a giggling little schoolgirl. Plus, he’s my quarter horse’s best friend, which says a lot since my horse has never liked really any other equines in his 26 years on the planet.

So, Worried Man is here to stay with me until it’s time to go to horsey heaven. Even though he serves no purpose and doesn’t really have a job, he’s worth his weight in gold to me because he alerts me whenever anyone comes onto the property and he is a first-class snuggler.

He even has his own Facebook page: Worried Man the Mule. 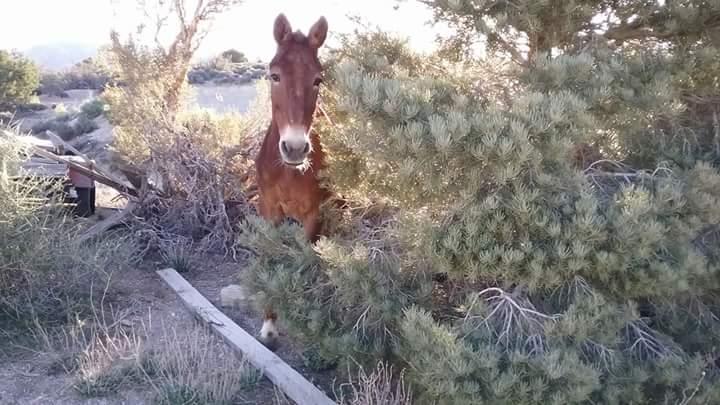