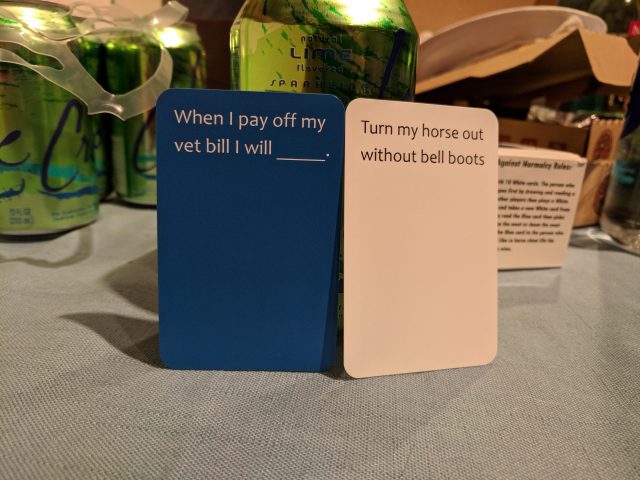 Morgane Schmidt Gabriel rounds up some friends and some adult beverages to test-drive this card game for crazy horse people and their ilk. 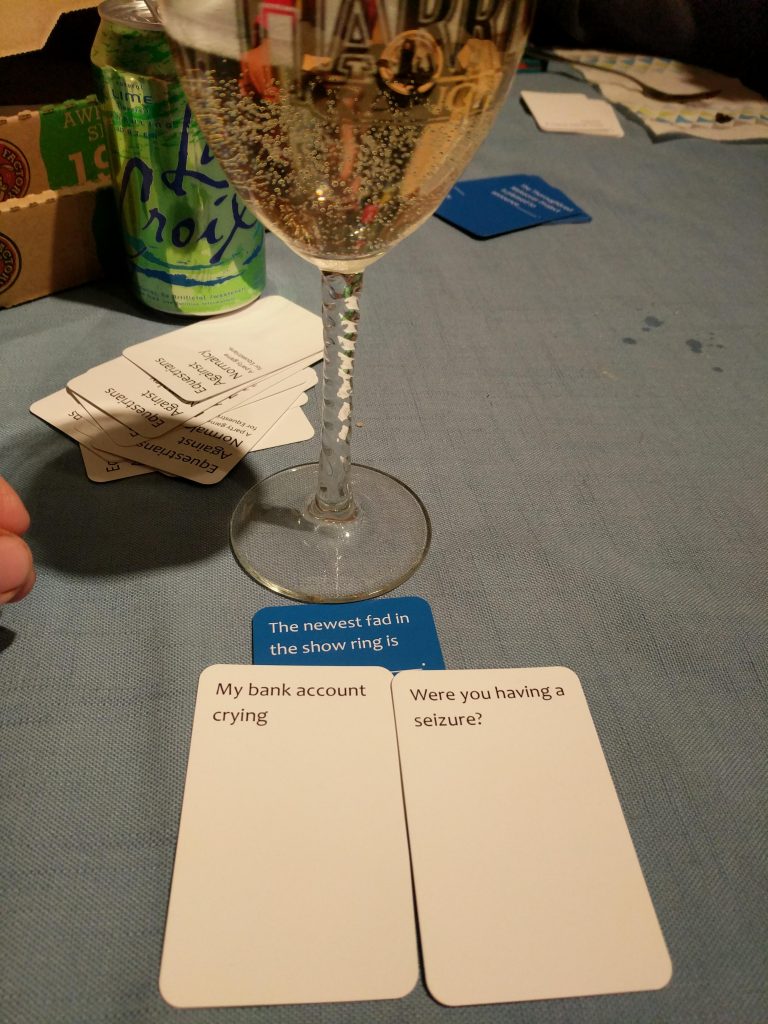 So you may have heard of Apples to Apples, and if you’re of the darker, more warped variety of individual, you’ve likely heard of Cards Against Humanity (now THERE’s a game where lives are changed). Equestrians Against Normalcy is the hay encrusted, barn car driving, doesn’t know where the mall is but can navigate to every tack shop and show facility withing 500 square miles, cousin of theirs. Seriously. It’s that awesome.

If you’re unfamiliar with how these games are played, check out our earlier post here that goes into more detail (and some background on the game’s inspiration). The basic idea is that it’s a group game where the active player draws a card from the blue deck that has a phrase or question to be answered or completed by a card from the white deck. All players have a hand full of the white, ‘thing,’ cards and they each try to play a card that they feel best answers or completes the drawn blue card. The active player then decides which card they feel is best.

While the general consensus seems to be that the goal is to play the card that will garner the most humorous completion, really the goal should be to play the card that you think the active player will find most fitting, as they get to determine the winner of the round. The winner each round keeps the blue card from that round. The game continues in this fashion until all the blue cards have been completed (or everyone is laughing too hard to finish), the winner being the person who has amassed the most blue cards. 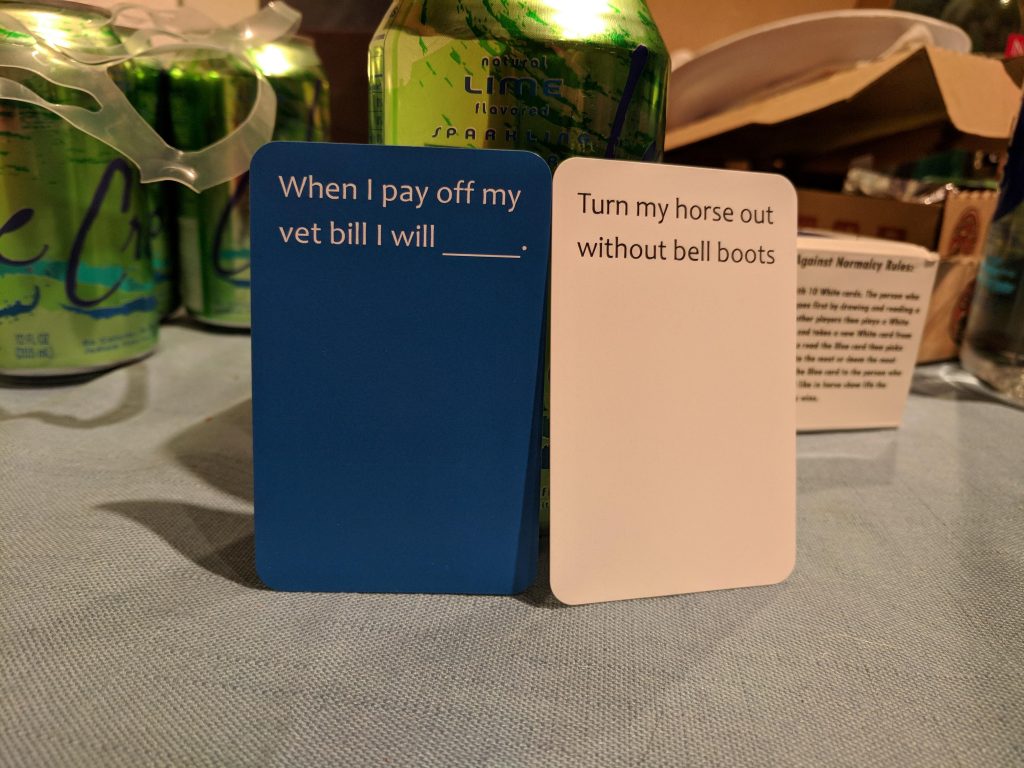 But really, with equestrian gold like this, who *isn’t* a winner? Photo (c) Morgane S. Gabriel

Being the warped individual I am, I thoroughly enjoy Cards Against Humanity (I am also upsettingly good at it, which probably says something I’d rather not discuss) and as someone thoroughly entrenched in the equestrian world, I could not pass up the chance to meet this cousin.

I managed to round up a couple of my horse crazy brethren, some pizza, and adult beverages, and we went to work. I’m not sure anything I could say would be as telling as the images below. 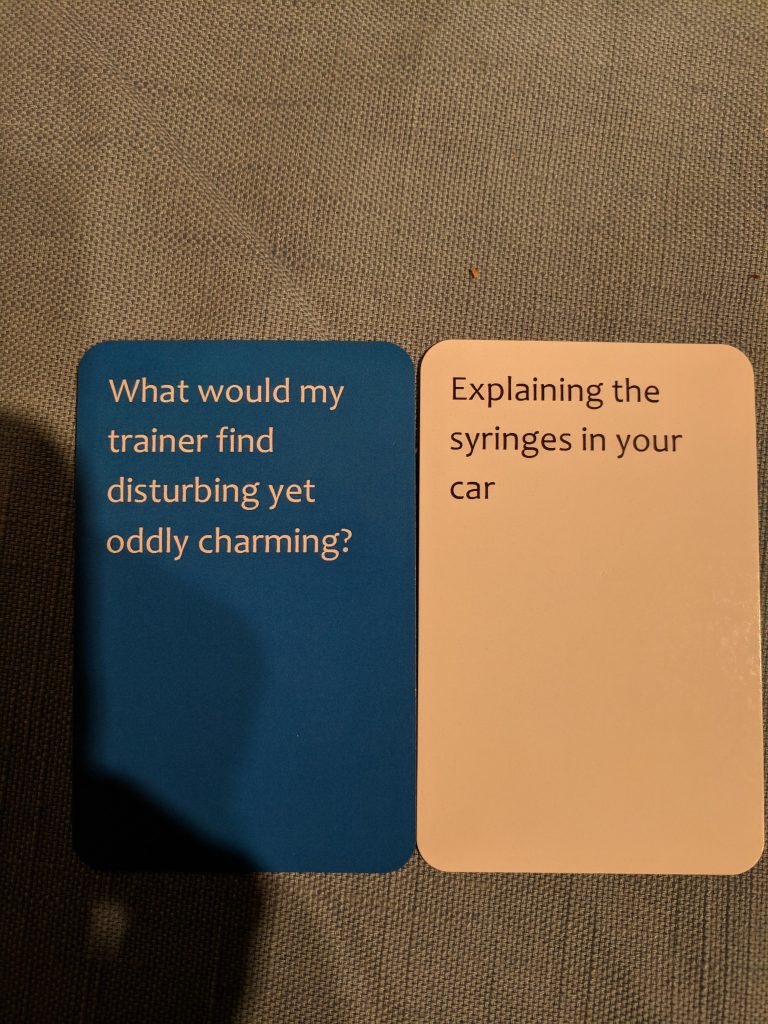 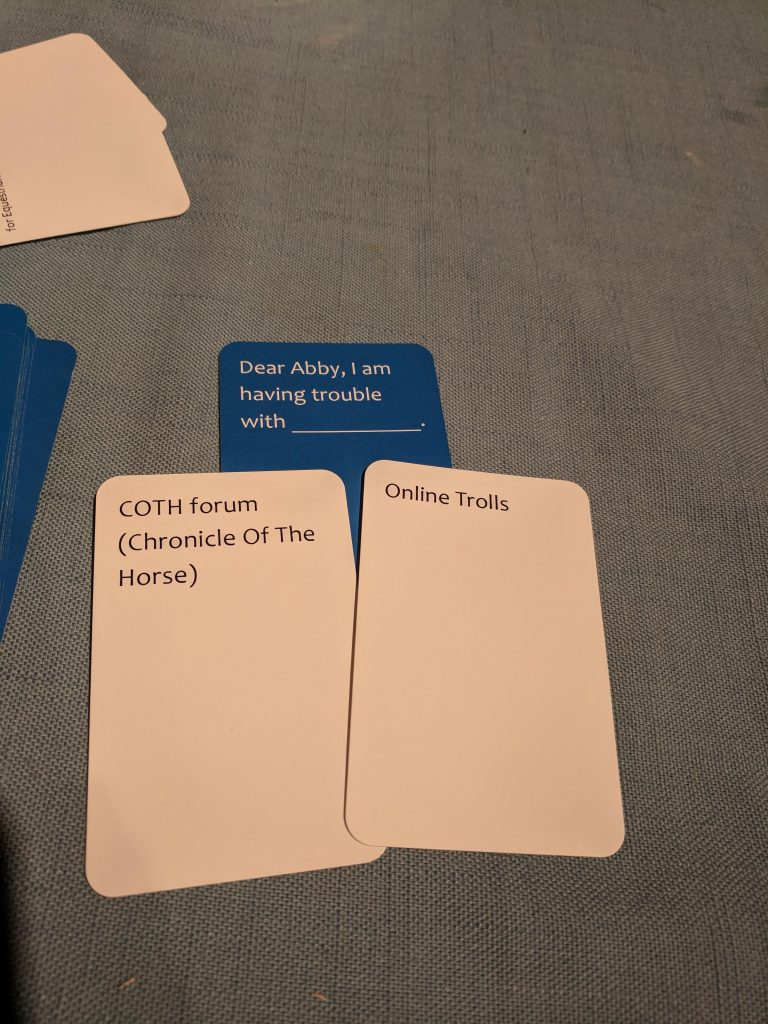 Aren’t these often one in the same? Seriously though, being a COTHer I cannot tell you how thrilled I was that they got COTH in there. Photo (c) Morgane S. Gabriel. 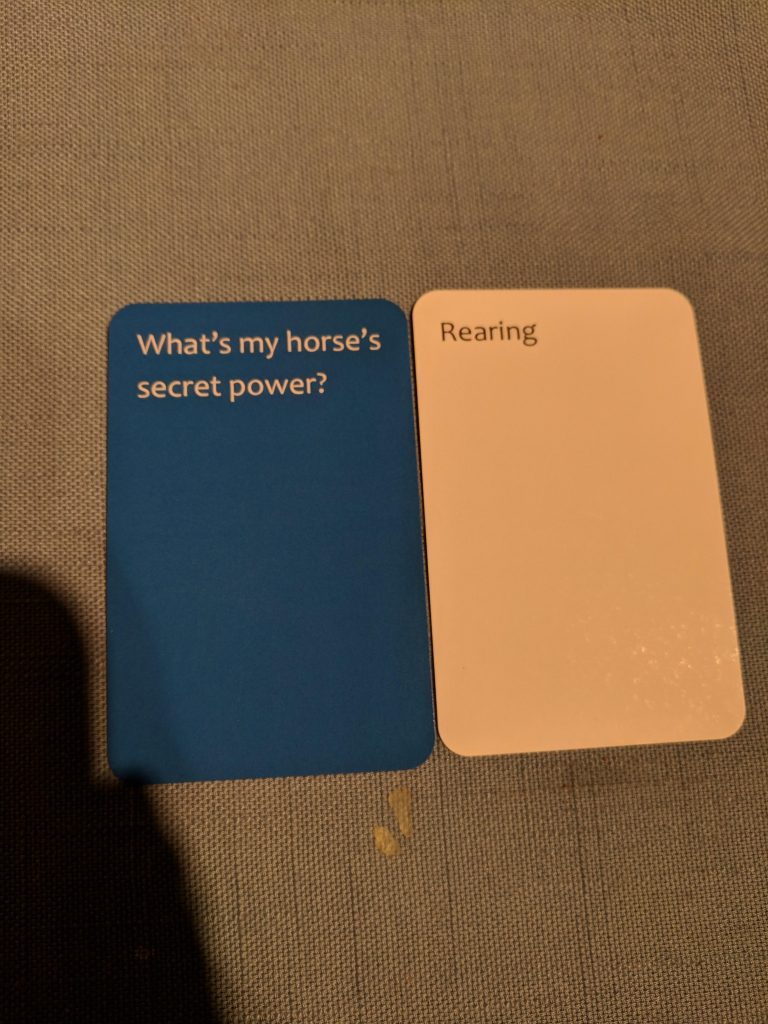 Many of the earlier rounds were mostly PG.

As the evening wore on and the wine bottle wore down, things got a little less like The Saddle Club and a bit more like the Real Dressage Divas of the OC (No, that is not an actual series, but perhaps it should be). 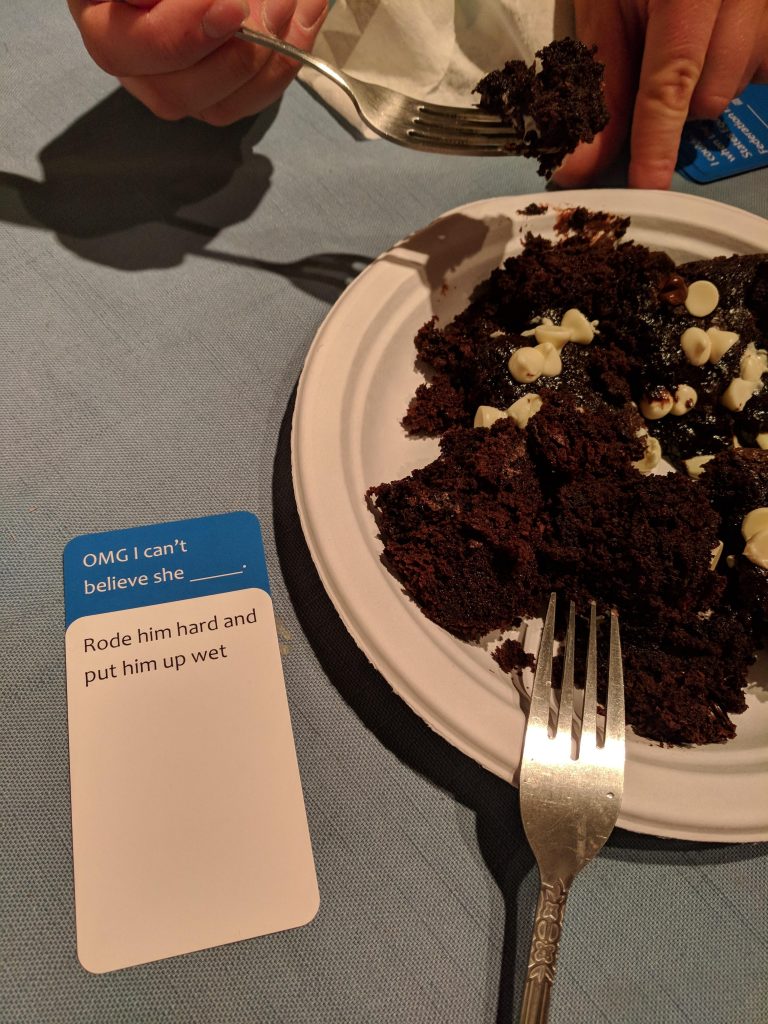 Because who doesn’t love chocolate, wine, and questionable morality 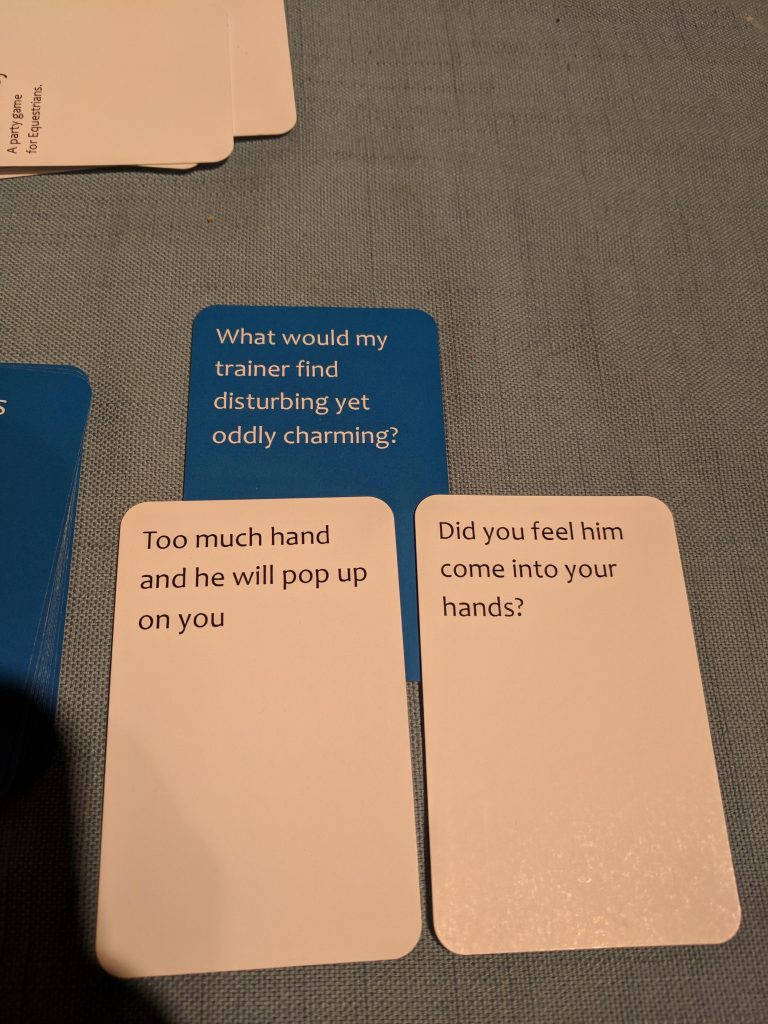 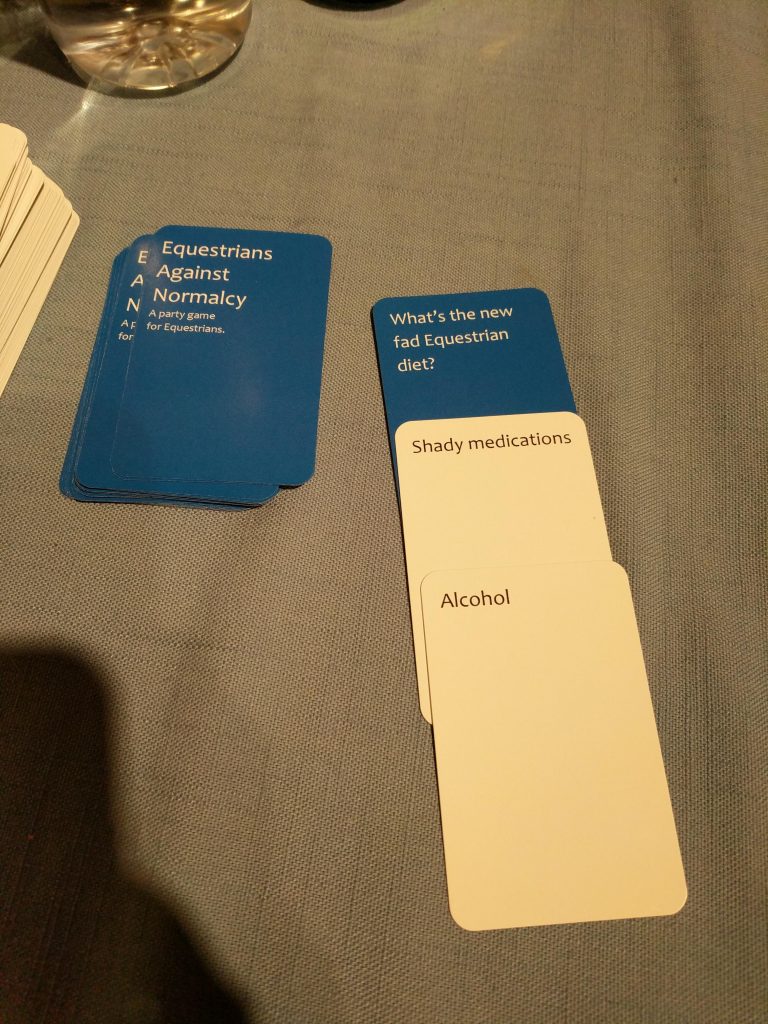 Yeah, I’m not sure why this is funny either. Seems legit.

After going through the deck three times, we unanimously decided that the only downside to this game was that we just had the starter deck. Seriously, it was that much fun. I will be taking this on the road this next show season and I am pretty sure that this belongs in every equestrian’s stocking for the holidays. There are additional decks and I would recommend getting at least one of them to further extend game time.

You still have 11 days to snag this gem of a game up for the crazy horse people in your life! Check out the official Equestrians Against Normalcy website for more information and ordering. You can also visit their Facebook Page, where they’re doing some giveaways! 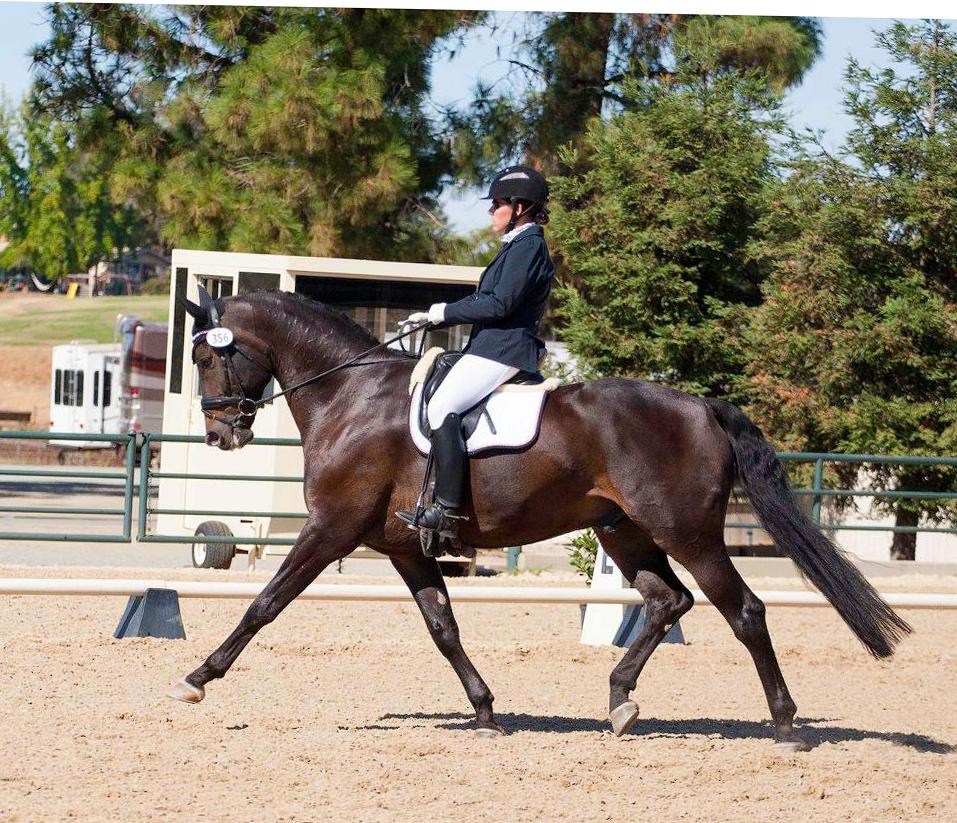