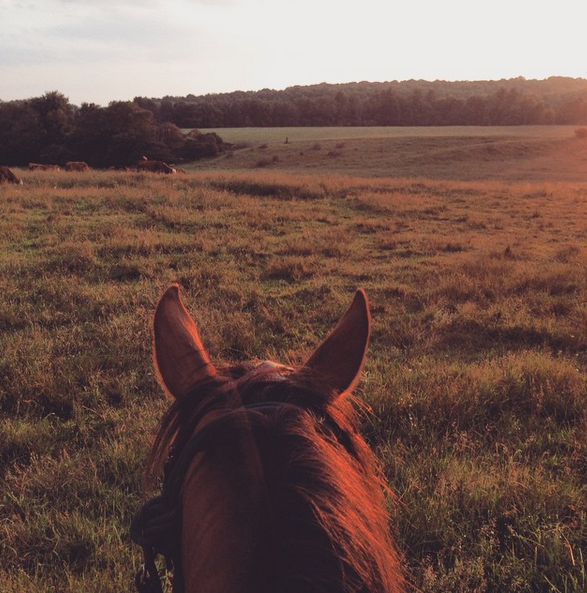 Or, why horseback riding is probably safer than bottled water.

The way the world is going, horseback riding is starting to be one of the more safer activities to partake in.

I don’t know about you, but for me 2017 has royally sucked: between the mass shooting in Las Vegas, the recent terrorist attack in Manhattan, the destructive hurricanes that ravaged Texas, Florida, and Puerto Rico, the massive earthquake in Mexico City, wildfires all across the western states, lots of famous people dying, losing three of my horses and one good friend, plus hearing of friends losing their husbands in tragic accidents… oh, and on a lighter note my grandma is quickly losing her mind.

Basically, we can’t escape death. It’s all around us, day in and day out. Just turning on Dr. Oz today, there was a whole segment about how trampoline parks are deadly. What? Well, I did break my nose on a trampoline when I was in tenth grade but I never considered them deadly. How many of us grew up with trampolines and are still here?

(Oh yeah, North Korea wants to nuke us all, I forgot about that.)

Even trying to be healthy has its downfalls. Eat better to try and live longer, and you could get listeria from broccoli or choke to death on a sweet potato. Give up soda and drink more water, and you might get cancer from BPA. You need vitamin D to live longer and happier, so get more sunshine — but UV exposure causes skin cancer. Also, sunscreen causes cancer.

Coffee and alcohol were bad for you a couple years ago. Now they are supposed to prolong your life. They’ll probably be bad for you again in a few years. Fish is know to ward off Alzheimer’s, but contains mercury.

Let’s face it, there’s no way to prevent it… we are eventually all going to die. It seems like our whole goal in life is to stay alive so we can die later.

So stop worrying so much. Start living the life you wanted; start living like there might not be a tomorrow. Don’t let fear keep you from enjoying life. Being brave is having fear and doing it anyway. Those phobias you have about flying or snakes or elevators? Those things probably won’t kill you; you’ll probably die of something much less exciting.

This brings me to horseback riding. A lot of people I talk to either are too scared to ride or too afraid to get hurt because of all the “what ifs.”

The great thing about riding is you can take some measures to protect yourself. There are good horses out there, riding helmets and vests, cell phones, friends to ride with, etc. Your fears of riding are just that: fears. You’re afraid of getting hurt, but you could fall down the steps and get twice as hurt, or slip on ice and break a hip.

Now, I’m not saying stop worrying, because that isn’t going to help you. I’m also not saying go climb on a rank bucker just to feel alive. I’m saying anything can kill or hurt you, so don’t worry so much about riding. Just don’t let your guard down and make practical choices, and also stop fretting over the “what ifs.”

You probably won’t be killed by your horse — he wants to keep you alive so you can keep on shoveling treats down his throat. Plus, God forbid if you do get hurt or killed while riding, it’s much less embarrassing than being killed by a piece of broccoli…