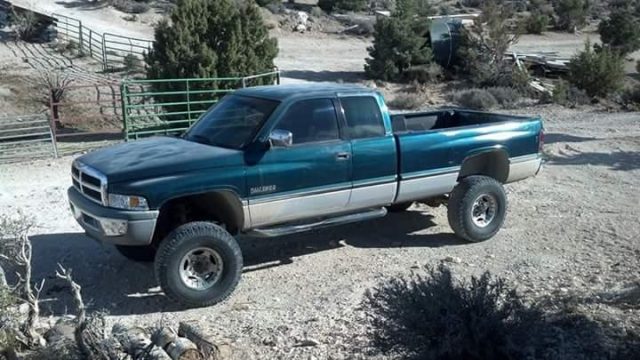 From the proud owner of an old truck named Mr. Pickles. 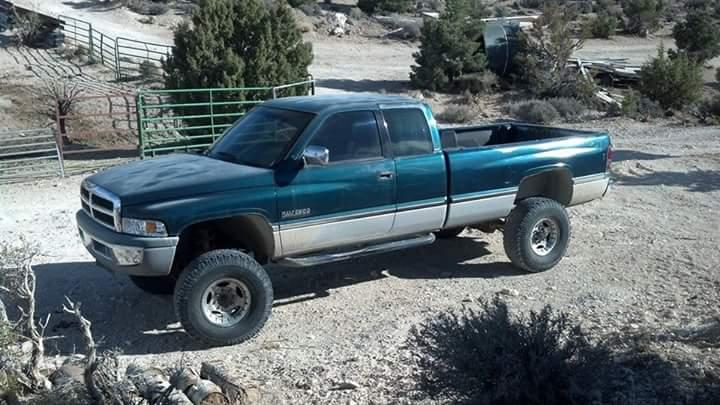 Photo of Mr.Pickles, a 1997 Dodge Cummins 12 valve with 340k miles on the original engine. Photo by Maria Wachter

If you have horses, you probably have a truck. So this should apply to most of you. New trucks sure are nice, but there is nothing nicer than owning an old truck.

If you are considering buying a truck, there are a lot of reasons why you should consider buying an old one:

1. The cost. Yes, newer trucks can pull down a house, but at a price tag of $60,000 to $80,000 on average to buy something new off the lot, you could buy something older that would cost approximately less than half a year’s payments of a new truck. You can buy a house (maybe in a shady neighborhood) for the cost of a new truck now a days. The house will at least appreciate in value, unlike the truck.

2. Parts are so much cheaper. Go online and compare parts. For example, headlights for new trucks go for an average of $200. For my ’93 diesel, I just spent $40 on a SET of headlights. An average new automatic transmission costs between $7,000 and $10,000, and an engine is over $15,000. You can buy a WHOLE running older truck for less than the cost of a new transmission.

3. Fuel mileage. New trucks have power that is a night and day difference compared to their older counterparts. But, they also have state of the art emission systems, and really fancy transmissions that eat up fuel mileage. So, they might be cleaner for the environment, but I think we can all agree, we’d rather have better fuel mileage that clean air to breathe (okay, I jest, but it’s either way, there are environmental benefits to both).

4. The sound. I can’t even hear a new diesel truck driving up my driveway. On the other hand, I can hear exactly who is coming from a mile away in their old diesel trucks. Each old truck sounds different and unique. I can tell a difference between an old 12-valve Cummins and 7.3L power stroke. Their loud, rumbling sound is soothing to my ears. If you want a quiet truck, buy a gas engine, for heaven’s sake.

5. The smell. I love the smell of an old diesel engine. It’s like Chanel #5 to me and it clings to me all day. Plus, it keeps little cars from tailgating too close on the highway. No Prius owner wants to breathe in that stuff. These newer trucks don’t even smell. You could accidentally asphyxiate yourself and not even realize it. You couldn’t do that with an older truck.

6. Sensors (or lack thereof). New trucks have sensors for everything:oil change, air filter, emissions, tire pressure, yadda yadda yadda. Even the sensors have sensors. One faulty sensor and these new trucks can go into limp mode, which is a real pain the in butt, especially if you’re hauling a trailer and horses and you’re 500 miles from the closest dealer. I don’t need a freaking sensor to tell me my tire is flat, I can figure that out on my own.

8. Built like a tank. Some of these old trucks are so old, they were made before airbags were even invented… but they were built like a tank. I’d rather drive a tank without airbags than a new truck made with the same stuff a Coke can is made out of, equipped with airbags that could explode and kill me accidentally even if I get in a minor fender bender.

9. Scratches and dings don’t matter. It’s really hard justifying going off-roading in an $80,000 truck. You might get a scratch. If you have an older truck, who cares if you beat it up? That just gives it its own uniqueness. Trucks are meant to be beat up. They’re mean to haul hay, rocks, pull trailers, go mudding, etc. If you don’t want to beat up your vehicle, get a Cadillac.

10. Already built perfectly. New trucks need to be deleted to run efficiently and reliably. I can’t justify spending a year’s salary on a new truck and then shelling out even more money to make it run correctly. Old trucks already are perfect.

11. They don’t make them anymore. Old trucks are special, unique, one of kind. It’s not like you can go to the factory and order another one. They’re classics. I’d much rather drive something special and unique than something everyone else is driving.

Be different from the crowd, stand out, and rock that two-toned painted truck with a dented tailgate that takes five miles to get up to speed. You should be proud of that truck! I know I’ll be smiling when I see it cruising down the road.