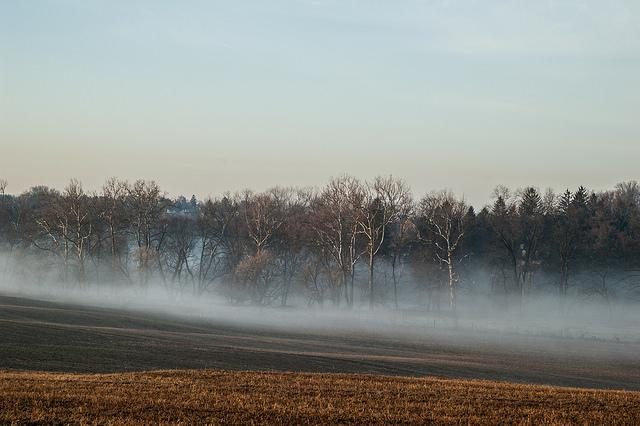 “As she reached for the knob for the door, she glanced back over her shoulder down the short central aisle and froze. Standing just outside the gate, illuminated as though from within, was the hunter astride his cob, staring straight at her.” 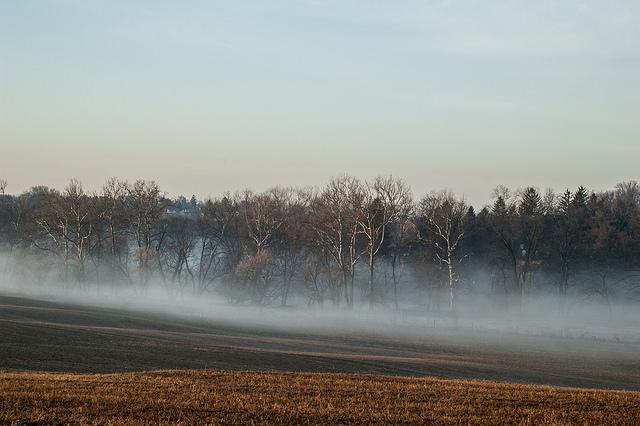 If you missed Part I, you can catch up by clicking here.

“Have they come up for air yet?” Dana asked with a laugh, coming to stand next to Chelsea in what was rapidly becoming her “usual” spot in the back of the little stone barn, looking out over the pasture. Chelsea grinned at one of her oldest horse friends and shook her head.

“Nope. Good thing they’ve been on grass pasture all summer anyway or I’d have to bust out the grazing muzzles.” Chelsea tore her eyes away from her happy trio of horses at last and turned back to the pile of tack and equipment in the aisle. “How did I accumulate so much junk over the years?”

Dana laughed out loud. “Do you want me to answer that?”

Chelsea shook her head and reached toward the pile at random, fishing out a spare fleece cooler. “This is still more fun than unpacking the house. I mean, I moved two weeks ago and I’ve still got boxes I haven’t touched purely because it’s a giant pain in the rear.”

Chelsea and Dana worked methodically through the pile of horse gear, the easy silence between familiar friends punctuated by Dana’s occasional query about where some item should go between the hooks on the stall fronts, the little feed room or the well-appointed tack room. In no time, every piece of equipment had found a home, and Chelsea looked around the little barn with pride. Thanks to a visit from the electrician and a lot of elbow grease, the place was looking ship-shape and she had finally been able to bring her horses home that morning.

“Hey,” Dana called out of the tack room. “Where did this thing come from?”

Chelsea felt a sinking feeling almost before she turned around and knew before she looked that Dana had found the old hunting horn. She had actually forgotten, somehow, the hair-raising spectral sight of the midnight hunter and his hounds… until she had headed out to start working on the barn after her first night in her new home, found the horn and remembered in a rush the vision from the night before. Laughing at herself, she herself had given the horn a half-hearted toot before tucking it out of the way in the tack room, and that night the hunter had awoken her again with his moonlit dash across her pasture. Firmly convinced at this point that he was a ghost, as he had faded away before her eyes, she had avoided so much as touching the horn ever since, and her nights had been blissfully quiet and apparition-free.

“Don’t–” but it was too late, Dana had already lifted the horn and blown a high, piercing note. All three horses in the pasture raised their heads for a moment, then went back to their grazing.

“I just… I thought it would spook them. How do all of my friends know how to play the horn?”

“You know Maple Grove High had a killer band program and it was band or football for pretty much every student,” Dana chuckled, returning the horn to its forgotten corner of the tack room. Chelsea tried to smile.

As though she had been subconsciously expecting to be awoken, Chelsea found herself starting awake with a gasp that night, her heart pounding in the stillness, ears straining to hear any sound. All was quiet. As she rolled over to try to soothe herself back to sleep, however, she heard it — the piercing blast of the hunting horn and the baying of the hounds. Just as she was about to dive beneath a pillow to try to block the sound, the realization hit her all at once: if she could see and hear the huntsman, surely her horses tucked into their stalls for the night could hear and see him too. And nothing came before Chelsea’s horses.

She hurried downstairs, the distant cacophony of the hounds still echoing on the hill, and jammed her feet into her barn boots before hurrying out the door in just her pajamas, torn between real fear of the mysterious ghostly rider and her burning desire to make sure her horses were happy and okay. As she burst through the door to the barn and flicked on the lights, she was met with the reassuring sight of her three horses, blinking and squinting in the sudden flare of light but otherwise perfectly happy. The sound of the hounds had faded though the back sliding doors still stood open wide for air, a gate latched securely shut across the opening.

Chelsea shook her head at herself and sighed, flicking the lights back off. As she reached for the knob for the door, she glanced back over her shoulder down the short central aisle and froze. Standing just outside the gate, illuminated as though from within, was the hunter astride his cob, staring straight at her. Paralyzed with fear, Chelsea simply stared back — and the hunter lifted his whip and nodded, a spectral salute, before fading away into the night.

The next day, and for weeks after, Chelsea willingly forced from her mind the vision of the hunter and his hollow eyes staring right at her, telling herself it was simply some sort of stress-induced bad dream or hallucination, a side effect from the complications of moving. She threw herself wholeheartedly into milking the last of the good weather from the fading autumn, hurrying home from work every day to saddle up her young horse to hack in the afternoon sunshine, and then alternating days to ride one of her retirees around the pasture bareback. If home is where the horse is, Chelsea told herself, then this little farm is certainly home. We can all be happy here. The old tarnished hunting horn stayed in its corner, tucked beneath a spare saddle.

Autumn began to fade into winter, a sheen of frost glassing the pasture in the mornings when Chelsea turned the horses out. The trees were nearly bare now, both the big maples that sheltered the entrance to the little stone barn and all of the trees up in the woods at the top of the hill. The bare branches reached like skeletal fingers into the sky, and Chelsea was happy for a loft full of good hay and a snug barn to keep her horses warm for the coming winter.

On a crisp, clear night, Chelsea awoke, and as her heart drummed, she found herself once again rising and going to the window, ears straining in the silence to hear what might have roused her from her cozy bed. She looked down towards the driveway and felt her blood again run cold.

Sitting there astride his cob was the ghostly hunter, his eyes looking right into hers. But no one blew the horn! Chelsea thought stupidly. No one… summoned him, if that’s what the horn does!

As she stared down at the huntsman, a dull thudding from the barn broke her focus. She blinked stupidly for another breath before the sound registered: a horse was cast.

Breaking her gaze from the hunter, Chelsea leaped down her stairs in two strides, yanked on her boots and burst out into the night, dimly aware of the bulk of the cob and his rider beside her. Bursting into the barn, she found sure enough one of her senior horses, stuck on his back like a turtle, partially crammed up against his stall wall. He was cast.

Soothing him with nonsense words, Chelsea found a lead rope, the adrenaline in her veins fading away into grim determination as it often did for horsewomen facing such challenges. She slipped into the stall and murmured “whoa, whoa,” as her horse thrashed for a moment again, then quieted. Keeping an eye on her escape route and an eye on her old boy, she looped the rope around one of his legs and pulled, hoping to feel him ease over onto his side so he could get to his own feet.

Easier than she had expected — her horse rolled over all in one motion and immediately began to thrash, with Chelsea still within range of his scrambling legs. She felt the sensation of someone pushing her out of the stall, finding herself almost thrown into the barn aisle as her other horses called out for their friend who was finally getting to his feet. Chelsea watched her horse with careful eyes, relieved as he took a big drink, shook the shavings from his coat and sighed.

Chelsea stayed with her horses for a while longer until she was firmly convinced that everyone was feeling just fine and her cast gelding was none the worse for wear. Finally bidding everyone a good night — again — she shut off the lights and shut the barn door carefully behind her, turning to see the ghostly huntsman on his horse, framed beneath the massive maples.

For a moment that seemed to stretch, they simply watched each other, before Chelsea took a deep breath, feeling no fear any longer. “Thank you,” she whispered. Slowly, the hunter raised his whip to the brim of his cap and nodded before fading away, his duty done.

Chelsea stood a moment longer in the darkness. Her next task, she decided, was to repaint that old peeling sign out front. And maybe polish the old hunting horn and hang it there right at the end of the driveway. This was, after all, Hunter’s Hollow.

We’ll publish the best 3-5 stories on October 30 and 31, and we will read our favorites on the October 31 episode of Horses in the Morning.