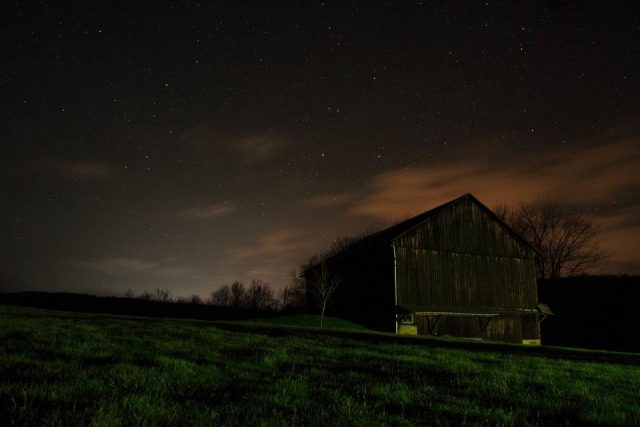 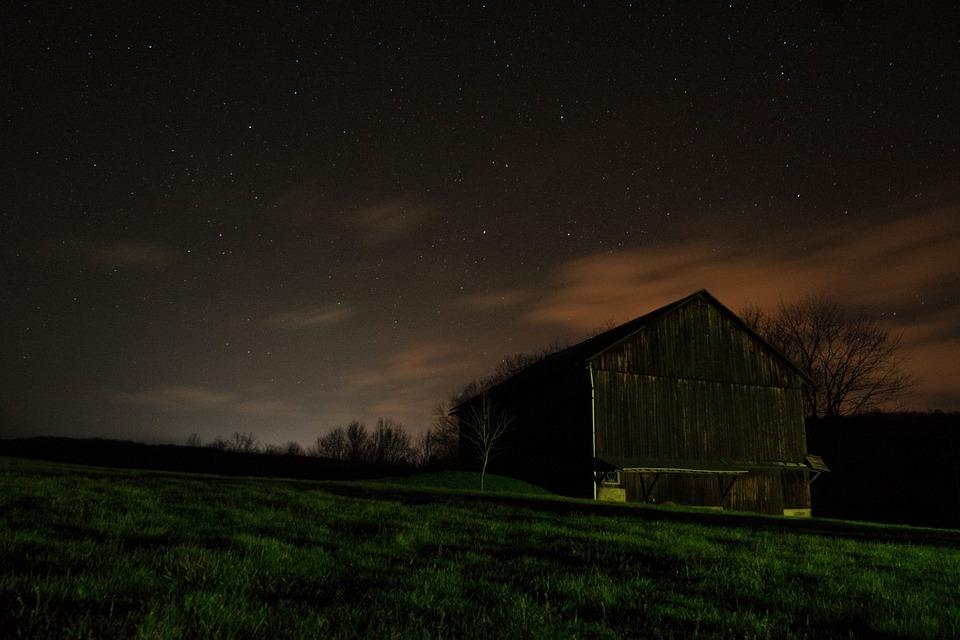 The years of living frugally and budgeting every penny had been worth it, Chelsea assured herself silently, relishing the pride of standing in her own barn aisle at last despite the cobwebs hanging thick in every corner and the dust rendering everything the same shade of dull brown.

It had been a long day of moving and it was well after dark, but thanks to the kindness of her friends, some of them her fellow boarders who she knew would be sad to see her go but supported her all the same, it had been a remarkably painless and even enjoyable process: the fleet of pickup trucks and SUVs had descended on her old rental house early in the morning and working together everyone had managed to strap down her boxes of possessions and odd unmatched furniture and shuttle it all out of town to the little country home she had purchased at last, with the picture-perfect barn just a short walk behind underneath two massive old sugar maples that were already turned golden for the fall. Most of the crew had gone home now, well-fed with pizza and beer, the standard payment for helping a friend move.

Chelsea would finally be able to bring her horses home: it had been a difficult road to keep paying pasture board for all three of them as well as put money away to be able to purchase a little farm, but she had made a promise to never part with any of them and she fully intended to keep that promise as long as they lived. And the little farm — the old peeling-paint sign out by the road at the end of the long and winding driveway said “Hunter’s Hollow” — had been shockingly affordable. Chelsea had stared, open-mouthed, at the realtor when she quoted her the asking price, and Chelsea’s conservative offer, just inside the range of what she could afford, had been accepted even before she had time to truly process this reality.

The house was in good condition — Chelsea didn’t really need much, truly, just a comfortable space to live out here in the country with her horses. The barn was going to be a bit more of a project to make it habitable for horses again; the realtor had been pretty vague on exactly when the little four-stall stone barn had last heard the echo of hoofbeats but Chelsea had been so enamored with the centuries-old building that it hardly mattered. There were hinges to tighten and boards to be replaced and a lot of cleaning to do. The loft was full of old musty hay and a few odds and ends, but cleaning the whole thing out would be a labor of love.

“How does it feel?” said a voice behind her. Chelsea turned, grinning, to face her friend Bart who was strolling up from the house, two beer bottles in his hand. He handed one to her and they wordlessly clinked the necks before taking a well-earned swig.

“No words,” Chelsea replied, turning again to look out the back of the barn where the ponderous heavy sliding doors stood open, yawning out to the pasture that climbed up the hill all the way to the treeline. “I can’t wait to get them home.”

Bart took another long drink and then turned for the narrow hayloft stairs. “Got a lot of work to do in here? Hey, are there lights?”

Chelsea flicked a switch but nothing happened; the barn stayed dark. “Maybe? And yeah, that loft is a disaster. Watch your step up there.” Call an electrician, she made a mental note. There was plenty she didn’t mind doing herself, but she didn’t mess around with wiring — she was quite happy to pay a professional for that job. She turned back to gaze out the doors again, imagining her three horses grazing away in the moonlight that illuminated the pasture like a stage.

Bart’s shuffling footsteps back down the loft stairs interrupted her reverie. “Check this thing out!” He was holding a tarnished old horn, the kind Chelsea had only seen in old paintings hunt scenes. She reached out her hand for the horn but Bart put it to his lips and buzzed, a high shrill note blasting forth to echo on the hillside and into the trees.

He grinned and handed her the horn, just as his phone buzzed. He pulled the phone out of his pocket and glanced down. “Hey, I gotta run… Allison and the boys are looking for me.”

Chelsea gave one of her oldest friends a big hug. “Thank you so much for your help, Bart.” He returned the hug and then headed out of the barn towards his truck and his waiting family.

As the hum of the engine died away down the road, Chelsea looked back out for one last glance at her domain. A distant noise made her hold her breath to listen, trying to discern if she heard coyotes or dogs. The calls got louder as though a pack was drawing near, then faded away. Chelsea smiled to herself and headed to the house to catch some sleep.

Some time in the middle of the night she awoke, fighting the initial wave of confusion and panic until she remembered where she was: her new home. She lay still in the dark for a moment, waiting to drift back off to sleep, when she heard again the sound that perhaps had woken her in the first place. Throwing back the blanket, she walked to the window to look out towards the barn and the hill beyond.

The moon, closer to setting but still bright, cast a silver light on the scene as her eyes scanned the pasture. Movement at the treeline caught her eye and she stared as first one, then two and three, then a whole cascade of coyotes poured from the forest. She blinked hard once to clear the sleep from her eyes, then peered again.

No, not coyotes — hounds. Fox hounds. A whole pack of them. Chelsea racked her brain for any nearby hunt clubs, but the last club in the area had closed its kennel decades ago. Where had these hounds come from? Before she could ponder further, out from the trees cantered a huntsman on a massive cob and the first jolt of fear coursed through her veins. As though he could see her, she pressed herself against the window frame, peering over the sill like a child. She knew at once, though she couldn’t quite say how, that this was no mortal man upon which she was gazing.

Bathed in the spectral moonlight, the huntsman followed his hounds as they coursed their way down the hill, reaching toward his hip then lifting a horn to his lips. As he blew, Chelsea’s blood ran cold: his horn call sounded exactly like Bart fooling around with the old horn earlier that evening.

The pack of hounds and the hunter galloped across her pasture, leaping the five-strand fence easily, before thundering out of her line of sight. Though she strained to hear, the night was silent once again. Hands shaking, she returned to her bed, drawing the covers tight around her, certain she would lie there awake until dawn. In minutes she slept again.

We’ll publish the best 3-5 stories on October 30 and 31, and we will read our favorites on the October 31 episode of Horses in the Morning.