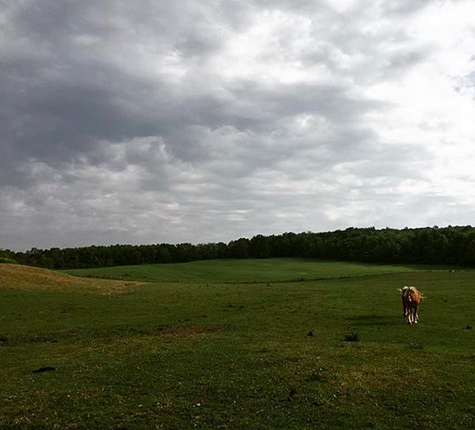 Contrary to what you might read, you’re probably doing okay.

Rocky and Randy, living the dream. Photo by Kristen Kovatch.

I fell into the internet trap a few weeks back.

It started innocently enough: my draft gelding Rocky suffers from shivers, which is not uncommon among Belgians as well as a few other tall breeds. Rest assured, I’m following veterinary advice on the best way to maintain his health and body condition within the expected progression of the condition — but looking for additional ideas from other shivers owners for any other tips or tricks for keeping weight maintained, I turned to that double-edged sword of the internet.

It’s a magical place: there’s libraries of information available with a few clicks of the mouse or taps on the screen. I quickly found a lot of the same information that I had been picking up all along and most of the suggestions — in a nutshell, various forms of supplemental fats — jived with what I was already doing.

Then I found the forum thread. I couldn’t even tell you which forum it was; it’s not really important which one it was anyway. Someone was inquiring about purchasing a horse with shivers and if others would recommend it or not. Even weeks later, I can remember one of the responses as though it’s branded on my brain:

“Don’t ever take on a horse with shivers unless you can commit to working it consistently EVERY DAY. It’s very important that these horses get consistent work to maintain their health and use of their hind limbs. If you can’t commit to that then you have no business owning one because anything less is unfair to the horse.”

It hit me like a punch in the gut — this anonymous post in the howling wilderness of the internet that wasn’t even directed at me individually in the first place. I hadn’t been working Rocky consistently. I had barely been working him at all — his shivers has progressed to the point where he can no longer balance long enough for my very patient farrier to apply a shoe, so we had been forced to let him go barefoot at our last appointment and my big horse was a little bit footsore. A pair of hoof boots I had ordered had turned out to be too small, so for the time being I was stuck without any further options. Rocky was ambling around the pasture, but that was about it.

I’m not doing enough, I berated myself. I’m being completely unfair to this wonderful horse, who deserves someone much more devoted to his needs than me. How I could have let myself fall out of a consistent exercise pattern for him? Now he’s lost all that muscle tone and it will never come back.

This single forum post had managed to erode completely the confidence I had built in myself that Rocky was as happy, healthy and comfortable as it was possible for an aging horse with shivers to be. My belief that he was enjoying a good quality of life, turned out 24/7 with plenty of room to roam, hills to traverse and horse friends to be with, had been shattered instantly — all because of the words of someone I didn’t even know.

I’m sure this person’s advice was given with the best of intentions — truly, shivers horses are a commitment, and one should be prepared for the various challenges ahead should they choose to bring one into their life. The original question was posed by someone looking for a show horse, and I’m not sure that I’d ever invest in a showing animal that had this condition. I also know nothing about the respondent’s experience with shivers or with horses at all. That’s the beauty and curse of the internet — anonymity.

As I usually do during these moments of self-doubt, I turned to the horse himself, studying his body condition, his diminishing topline, the relish with which he chewed his grain. Finished with his meal, he ambled off, slaking his thirst in the spring-fed water tank before stomping away to graze next to his work partner Randy. After a few minutes, driven by whatever interior workings make horses tick, the two of them wandered off to another part of the pasture, happy in each other’s company. For this moment at least, they needed me not at all.

There will always be those voices on the internet, that land of anarchy where opinions and beliefs can run unfettered, that will make you believe that everything you’re doing, everything you’ll ever do, will be totally and fundamentally wrong, that you don’t deserve your horse because of the mistakes you’ve made. Most of the time, you’ll be able to ignore them; some of the time, they’ll cut you right to the core.

We all have moments of self-doubt — that’s part of life, and I think that if you’re constantly striving to do better, you’re already ahead of the game. Contrary to what you might believe by what you read, you’re doing just fine.