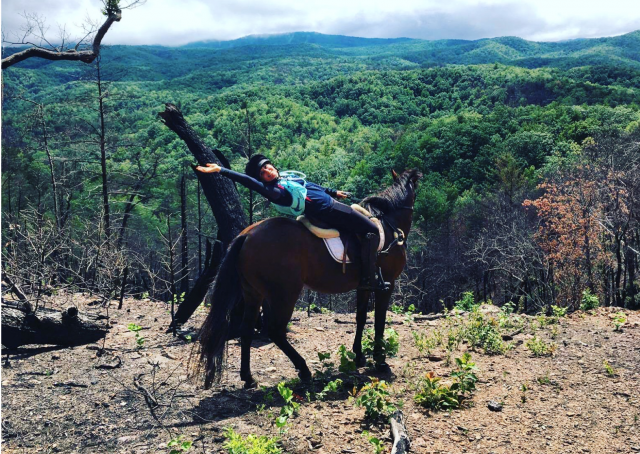 The countdown is on! Who’s going to take this year’s Derby? Place your bet for a chance to win a $100 gift card from SmartPak.

In August 2017 writer/rider Leslie Wylie will be attempting her most fearsome feat of #YOLO yet: a 620-mile race across Mongolia. Riding 25 semi-wild native horses. Carrying only 11 pounds of gear. Relying on nomads for food, water and shelter. On a mission to help stop deforestation.

The Mongol Derby is widely regarded as the toughest horse race in the world. Inspired by the Genghis Khan’s original “pony express,” there’s no trail or set route, just 25 GPS checkpoints/horse exchange stations to hit over the course of 7-10 days. Keep it here for weekly updates from Leslie as she prepares to embark upon the ride of a lifetime! Click here to read previous stories in the series. 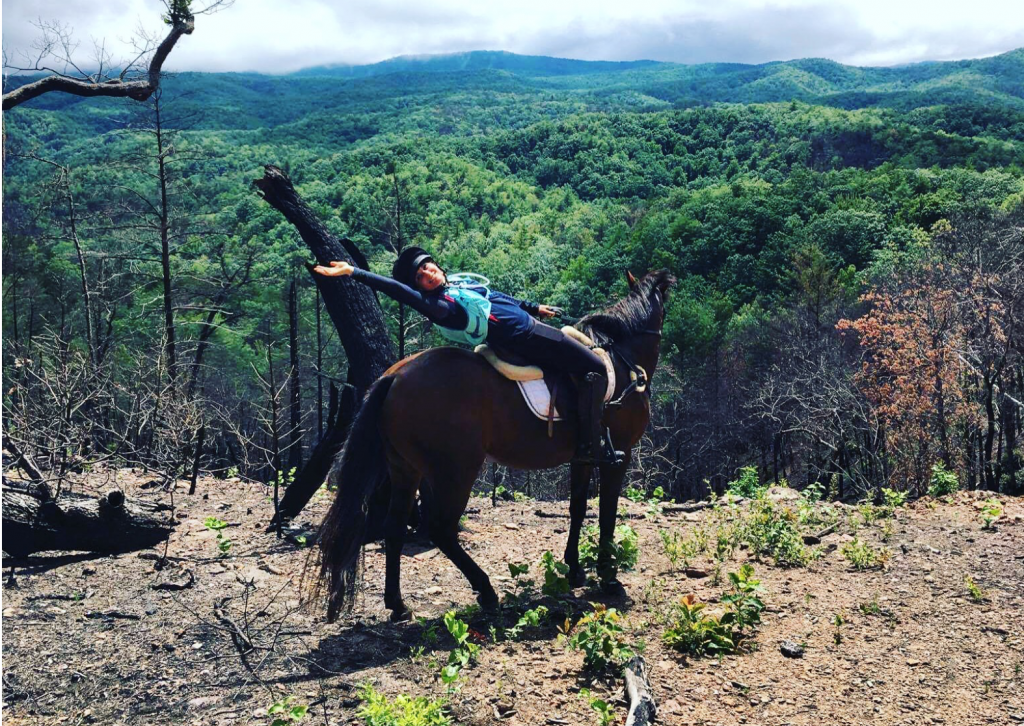 The 2017 Mongol Derby start gun fires on Wednesday, Aug. 9, at which time some 38 of us will be unleashed onto the Steppe clinging for dear life to pint-sized equine rocketships with minds all their own. I’m writing this from an airplane somewhere between Knoxville, TN, and Ulaanbaatar, Mongolia — thank you to all who have relayed support and well-wishes as I embark upon this life-altering crackpot adventure!

First order of business: Like any proper horse race, we’ve gotta have a betting pool! We Derby riders may not win much more than glory, a ceremonial scarf and a well-deserved nap if we cross the finish line first, but you guys following the race from home are in luck! Our good friends at SmartPak have kicked in a $100 gift card for one lucky bettor.

All you’ve gotta do is place your bet in the poll below before the start of the race and your name will be entered into a drawing for the gift card.

Insider tips: Whom to bet on? Hmmmm. My mom and mother-in-law are Team Wylie all the way, so just bear in mind that if you bet on me you’re going up against two pretty fierce ladies. I’d advise giving the entry roster a scan — click “Download the 2017 Press Release” at the bottom of the Derby website here. So many interesting people from all around the world with so many interesting stories! And myriad reasons to root for them all.

One of the best parts of doing this Derby thing has been the opportunity to meet, interview and feel inspired by my fellow competitors. Among them: the favorite to win, Will Comisky. The 28-year-old Australian cattle runner was a joint-winner in 2016, and in 2017 he’s back to try and win it on his own. Check out my Horses in the Morning interview with him here. Another Aussie to keep an eye on is 29-year-old Ed Fernon, an Olympic pentathlete who summits the world’s largest mountains in his spare time, no big deal!

There are professional polo players, internationally competitive endurance riders, experienced adventurists, horse racing enthusiasts, a former tank commander in the British army, and many lifelong equestrians. Riding alongside them will be underdogs — like 61-year-old Mark Bauwens of London, who describes himself as “the oldest, fattest and least funny competitor!” — as well as everyday riders in pursuit of a challenge. We’re from all walks of life — there’s a potato farmer from South Africa, a sheep farmer from Iceland, a dairy farmer from England, a dog sledder from Sweden, an artist, a private investigator — united by a shared love of horses and adventure.

There are 10 North Americans in the mix. Hailing from Canada there’s Liv Wood, the 24-year-old force of nature I introduced you to earlier this summer when we endeavored a one-day 100-mile ride in Houston under the tutelage of Derby veteran Devan Horn. We recapped our ride on HITM here. And I’m looking forward to meeting Tamara Beckstead, a small animal vet from Ontario whose eventing career has earned her the name “Teflon Girl.”

Coincidentally, five of the eight riders representing the U.S. in this year’s Derby are from the south, myself included. When a southern broad sets her mind to something, you’d be unwise to bet against her, and the Derby is no exception. Earlier this summer one of them, Marianne Logue Williams, invited us all to her farm in Tryon, NC, for a weekend retreat, where we spent a couple days riding, swilling wine, comparing notes and basically becoming instant BFFs. Allow me to introduce you:

Maryanne is a modern-day pioneer woman trapped in the body of a blonde Barbie doll who once killed a rattlesnake with a bow and arrow. And then she put it in her fridge to make a belt from later, probably alongside the ingredients for making a mean cocktail which is also in her skill set. She’s fairly recently divorced, and whatever sugar-coated venom she’s packing is going to make her a force to reckon with on the steppe.

And then there’s the “Team Strong & Crazy” mentor-student combination of Rachel Land and Clare Summers, both from South Carolina. Rachel is a spunky, Crossfitting mother of four boys who I think is just looking forward to getting out of the house. Clare is a willowy, silver-haired southern goddess, and when she speaks you understand why tough horses turn to butter when she comes around. Together they’re a forcefield of no-detail-left-behind preparedness, and they plan to ride the race as a package deal. You can listen to my Horses in the Morning interview with them here. Last but not least is Julia Fisher, who at age 65 is my automatic hero for being the most senior rider in this year’s race. She’s a psycholinguist from South Carolina, serious and analytical, and from first impressions also one of the most stubborn, determined women I’ve ever met. She’s been dreaming about riding the race for years and finally, this year, decided that it was now or never. I also interviewed Julia on HITM — you can listen in here. In addition to the “Steel Magnolias,” Pierre Germain of Maryland, Amanda Charlton Herbert of Maine, and Rick Helson of Wyoming round out the American contingent, plus California-based German polo enthusiast Hanna Schumacher. Can’t wait to meet my fellow Americans! Maybe we’ll have time for a day trip to Russia — I hear they’re really loving those new sanctions we just imposed on them, could be exciting.

Without further ado, it’s time to place your bet.

Then let us know you voted by visiting the SmartPak Facebook page or just sharing your name and email so we can contact you!

We’ll be bringing you daily Derby updates, and you can also follow the race on the Derby website here!

Keep up with my adventures in the lead-up to the 2017 Mongol Derby each week on Horse Nation, Eventing Nation and Jumper Nation, and tune into Horses in the Morning each Monday at 10 a.m. EST as I interview Derby crew and previous competitors.

Each Derby competitor’s $12,995 entry helps benefit the Mongolian families whose generosity with their horses and their homes makes the race possible, as well as Cool Earth, a charity that works alongside indigenous villages to halt rainforest destruction.

Can you help? Please visit the Wylie vs. Mongol Derby GoFundMe page — all donations are deeply and eternally appreciated! Corporate sponsorships are also available and include ad space on EN, HN and JN, product reviews and usage during the Derby and much more. Email [email protected] for details.