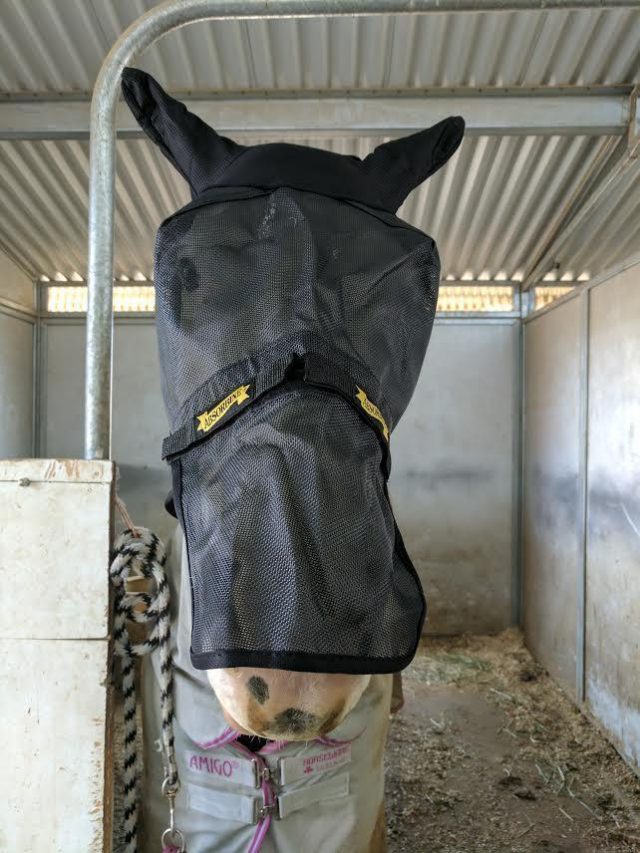 It survived Stormbeast; that says it all.

So, a little-known fact about The Paintlet (AKA Stormy, Stormbeast, Rotten Paint Horse) is that he’s the harbinger of death for any and all fly masks. This is quite unfortunate because he has light blue eyes and ridiculously delicate, pink skin. Said sensitive skin also recoils at the touch of sunscreen which makes summers in the Nevada high desert particularly fun. 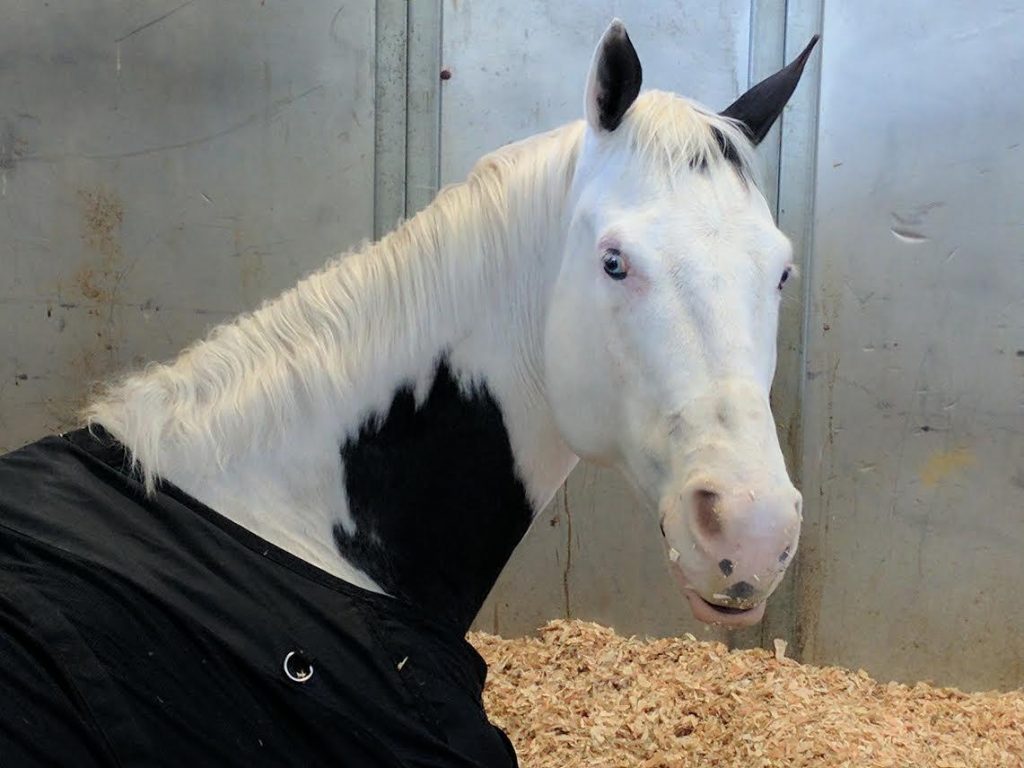 “She lies. I would *NEVER* destroy anything.” Photo (c) Morgane Schmidt Gabriel

Given his penchant for destroying every fly mask he’s ever owned and my lack of a money tree, I was absurdly excited at the opportunity to do a product review on Absorbine’s new UltraShield Fly Mask (I was even more thrilled when they sent not one, but a box of masks to test). 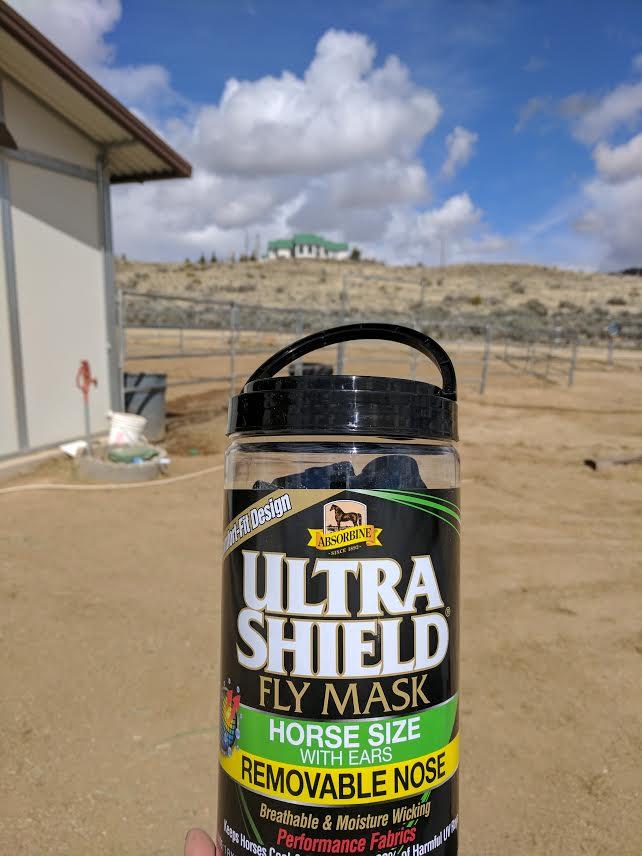 Stormy has literally worn every make and brand of mask available and every one of them has died. Usually the first four of the season die the most quickly (in under two weeks each) with the subsequent masks lasting a bit longer. I suspect the initial ones die the fastest because they present a novel new toy for Stormy’s neighboring brother, Willie.

For this review, I tested masks with and without ears; both types have a removable nose. On initial inspection, I really liked the weight of the mask and the way it fit. It’s sheer, but not flimsy. The cut is great with plenty of clearance for the eyes and no odd tight spots that could rub. I also feel like it provides good visibility for the horse. 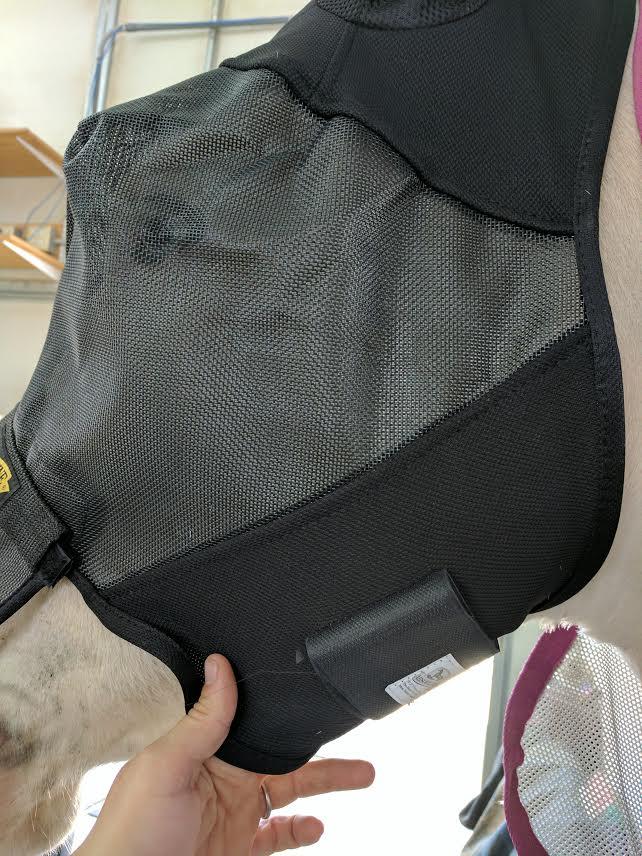 Note the snug fit under the jaw and the overall wider surface area covered. This helped keep the mask in place and made it more difficult for Stormy and Willie to remove it for funsies.
Photo (c) Morgane Schmidt Gabriel

The closure on the mask is well made with durable Velcro that’s double locking. Unlike many masks, this one is adjustable so that it fits snugly under the jaw leaving little room to catch on things and no awkwardly long ‘tab’ to hang out and entice neighboring horses to tug on it. Of course, just because the UltraShield looked nice on day one didn’t mean it would survive the wrath of Stormbeast. 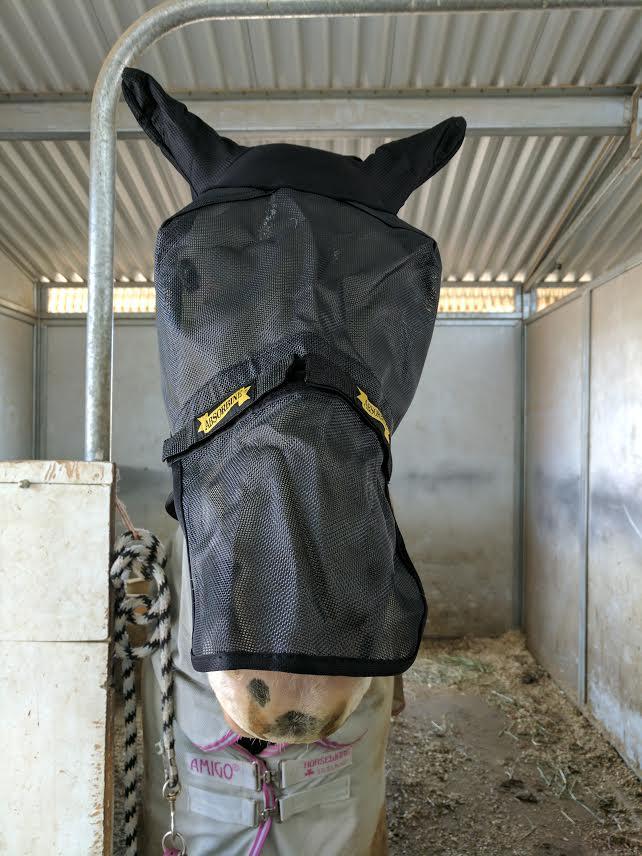 After the first week, the mask was still holding strong; a little dusty, maybe some mud, but solidly together and firmly in place. Willie did manage to nab the removable nose piece a few times and deposit it in random locales in his pen but that was easy enough to fix. In fact, I attribute the mask’s survival to that removable piece. Often when the masks get destroyed the first area to fall apart is the extended nose. Once it’s ripped off the entire mask unravels. But with Absorbine’s UltraShield the nose piece just attaches with Velcro on two sides (note above picture). This means that while it’s securely attached, if another horse starts tugging it will come loose and can be easily reattached rather than ruining the entire mask.

During the second week, Stormy remained well behaved and made few attempts to shed the mask and hide it in his water trough or over the fence.

By week three I was still holding my breath waiting to find carnage in his paddock each day.

By week four I started to hope I’d found the answer. Of course during week 5 Stormy made a solid go at destroying the mask by hooking the underside over part of a panel and pulling back. Both Stormy and the mask survived the ordeal.

We’re now well into two months and although the UltraShield is a bit dirtier, and has been found removed a few times, it remains intact and fully functional. I’m honestly pretty impressed. And while I don’t know that Stormy would be impressed with any fly hat he’s forced to wear, I do think he appreciates not having his poor little eyes and nose singed off.

In reality there aren’t a great deal of ways for companies to differentiate their fly mask from competitors’ so consequently there are quite a few well made ones on the market that boast similar features. That being said though, I think Absorbine has not only has made such a mask, but has really nailed it with the removable nose piece and their closer fitting, wider closure under the jaw. Both features make it harder for herd mates or neighbors to remove the mask and with the nose piece, if they do mess with it, it comes off and can be easily reattached without totally ruining the mask. It’s this aspect that puts Absorbine’s UltraShield on the top of my list.

For more information on Absorbine’s UltraShield fly masks, or any of their other cool products, visit the their website. You can also check out their Facebook Page for additional updates, photos, and events. 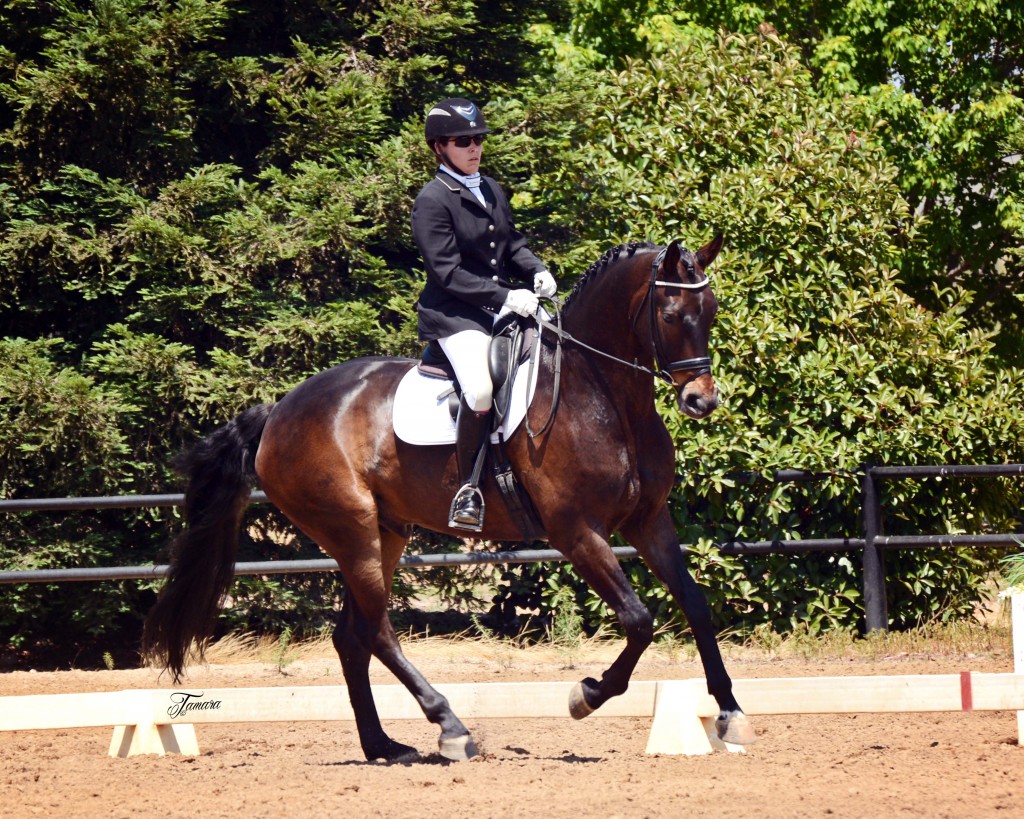