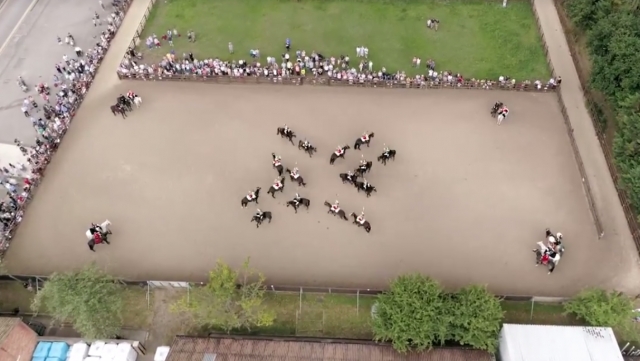 This drone-filmed time lapse of the Household Cavalry’s musical ride at Combermere Barracks in Windsor shows you a masterful drill team performance like you’ve never seen before! 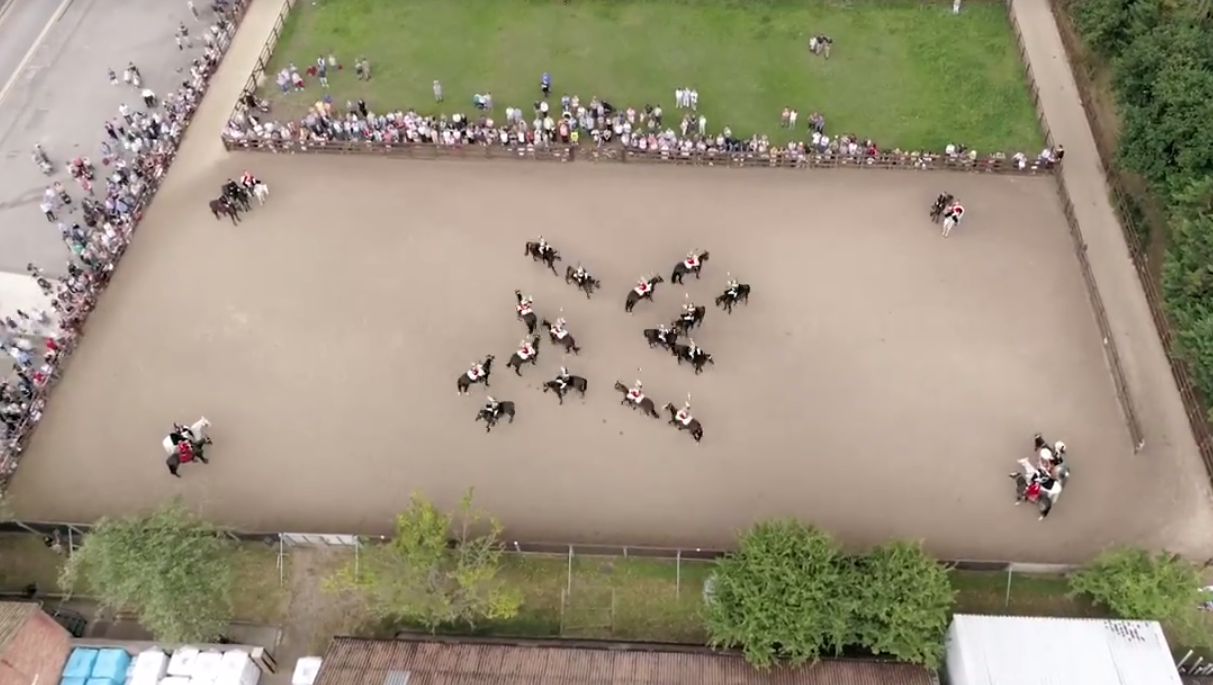 What is this? A picture for ants?

The Household Cavalry Mounted Regiment is perhaps one of the most high-profile mounted units in the world, primarily used now for ceremonial purposes: the famous twice-daily ceremony of the Horse Guard is perhaps the best-known example, but the traveling musical ride is also a banner event wherever it’s performed.

When viewed from above via time lapse, it really sinks in just how masterful the Mounted Regiment is for this ultimate drill team performance:

The musical ride is typically performed as a special event at horse shows, agricultural fairs and major British events (such as this display at Olympia in 2015). This particular performance shown above was held during an Open Day, in which the public is welcomed to Combermere Barracks to watch the regiment’s equestrian skills on display.

The Household Cavalry also has front-line combat duties in an unmounted capacity, and most members of the Mounted Regiment will serve on both units.