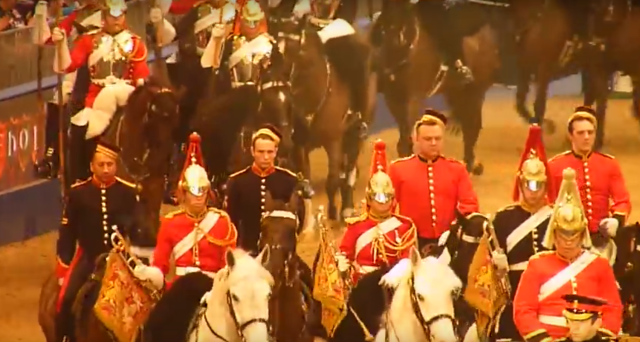 The Household Cavalry Mounted Regiment performed its impressive and extensive musical ride at the London International Horse Show, also called “Olympia” for the name of the venue. While we’ve all seen drill performances before, nobody has mastered the art quite like the Household Cavalry:

I can’t decide what was my favorite: the horses lying quietly flat on their side while the entire coliseum clapped to the beat of the music as the troop galloped about the arena, the amazing basketweaving-inspired criss-crossing maneuvers, or perhaps the drum horse that chilled out quietly at the center while chaos reigned around him.