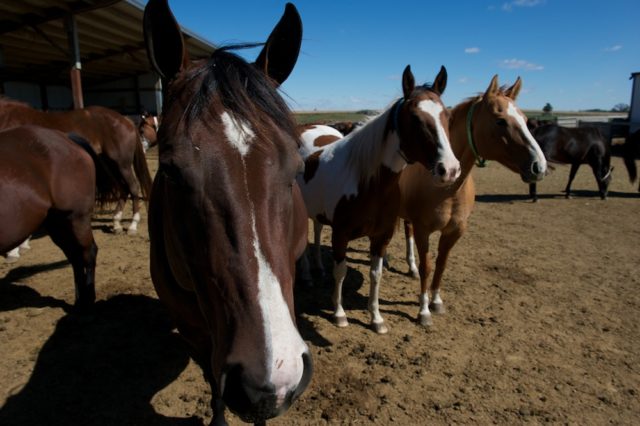 Canada’s new policy regarding horses imported into the country for slaughter went into effect on March 31, and the change seems to have already had implications in the horse slaughter industry: Quebec’s Les Viandes de la Petite Nation horse slaughter facilities have closed at least temporarily.

Intended to help assuage fears from European Union meat buyers, who were concerned about the quality and safety of horsemeat imported out of the country, Canada introduced a new rule that all horses on feed lots had to be held for a minimum of six months, and shippers importing horses from the United States had to provide documentation that the imported animals had not had medication for at least 60 days prior. Whether this rule would affect real change in the industry or simply lead to more falsified documents was a matter of debate.

However, the closure of Les Viandes de la Petite Nation certainly lends credibility to the former argument — the plant reported that because of Canada’s new policy, the volume of horses has diminished to the point that the facility had to lay of 60 employees and close its doors, at least temporarily. It’s unclear whether the facility will reopen for horse slaughter in the future, when horses will presumably have been held for the six month period now required by law, or whether the slaughter pipeline to Canada itself will start to slow down leading to Les Viandes shutting down equine operations permanently.

Anti-slaughter equine advocates are encouraged by the news of this plant’s closure, but remain guarded on how this development will affect the slaughter industry and export of American horses as a whole. Many believe that more horses will now be transported to Mexico. There are no United States-based equine slaughter facilities in operation, by law.

Generally, however, it does appear that the EU’s pressure for new regulations has already had an effect on Canadian horse slaughter, and we will continue to follow this story as the rule change continues to create ripples and waves.