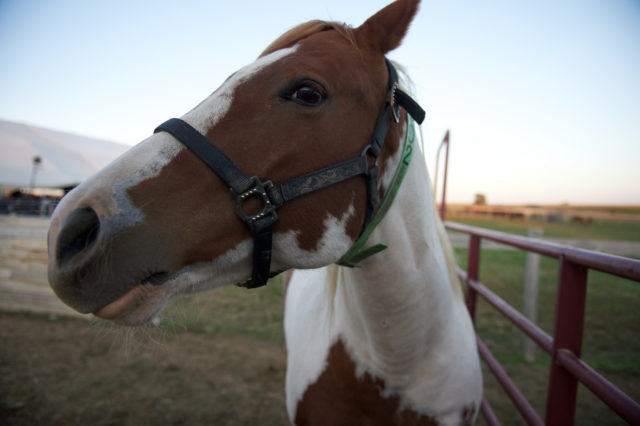 A new rule effective March 31 in Canada appears on paper as though it may reduce the number of horses imported for slaughter — but will it really change the industry, or simply lead to falsifying records?

It’s no secret in the industry that horses on drugs such as bute, dewormer and others bearing the label “Do not administer to horses intended for human consumption” are winding up shipping for slaughter. Whether through ignorance, blatant disregard of warning labels or a myriad of other reasons beyond individual horse owners’ control, horses on these drugs go to auction, are purchased by kill buyers and are shipped to slaughter facilities in Mexico or Canada (the last United States slaughter plant closed in 2007). This horses then enter the food supply, largely for foreign markets.

With buyers in the EU expressing concern over the quality and safety of horsemeat exported to the European Union, Canada has introduced a new rule that all horses on feed lots within the country must be held for a minimum of six months. The new rule also states that US shippers must sign documentation stating that imported horses have not received medications within the past 60 days.

These regulations are similar to those that have been in place in Mexico — however, after an audit of Mexican processing plants, the EU banned the sale of horsemeat from Mexico finding that drug records and documents were regularly falsified. While some welfare advocates hope that Canada’s rule change will reduce profits and therefore the number of horses exporting to northern feedlots, others point to Mexico as an example that very little is likely to change.

The US has exported between 130,000 and 150,000 horses to Mexico and Canada for slaughter in recent years. Reportedly, the USDA will no longer be tracking numbers of horses exported for slaughter, so it will be difficult to ascertain if Canada’s new regulations will have an effect. Over 5 million horses are estimated to be slaughtered globally each year.

The Safeguard American Food Exports (SAFE) Act has been reintroduced for the 2017-2018 Congress in the House; this bill would deem all equines to be an unsafe food source and outlaw the export of equines for slaughter. While most Americans are opposed to the consumption of horsemeat based on emotional arguments, legislative tactics have focused on the hard evidence that exporting US horses for meat, without drug records, is endangering the food supply for foreign countries.