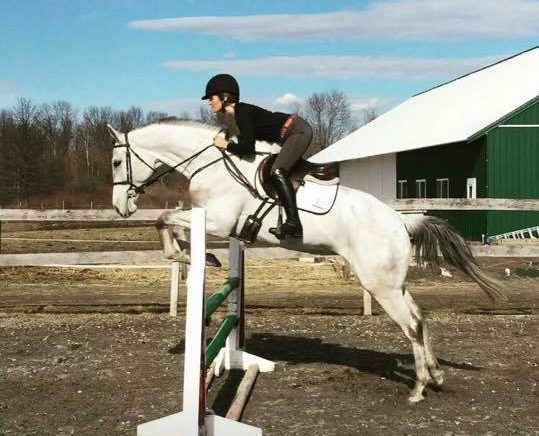 As Facebook rolls out stricter adherence to its policy banning the sale of animals through sales groups, some horse traders are feeling the pinch. How much has our reliance on social media changed the horse sale scene?

Social media has become our “everything” in this day and age — we share our life events, we keep in touch with distant friends and relatives (or, let’s be honest, just “like” posts and photos), we track our fitness. A large number of you will read this post because you saw the link on social media, be it Facebook, Twitter, G+, Pinterest or others. And for lots of us in the equestrian world, social media has become the way we do business: we post horses for sale, we inquire about ads that interest us, we share our tack and equipment.

So when Facebook started strictly enforcing its “no sale of animals” policy in the past few days, many sellers were left feeling like their biggest resource for sharing horses for sale had suddenly slammed shut — though the policy had been in place for a long time, at least in regards to Facebook Marketplace. Marketplace is Facebook’s sales feature, allowing users to post items for sale in a group with a listed price; interested potential buyers can contact the seller directly via the ad. This feature was rolled out in October of 2016.

Marketplace has always prohibited the sale of animals within groups according to its Commerce Policy — however, the rule seemingly had not been enforced heavily, as equine sales groups have been helping facilitate connections between buyers and sellers for years. This week, however, sellers are met with messages such as the following when they attempt to post an ad:

“I only post in horse sales groups,” describes Kait Schultz of Thunder Crest Performance Horses, who buys, trains and sells horses, specializing in off-track Thoroughbreds as well as warmbloods. “I always uncheck the ‘post to Marketplace’ option because it won’t let you post an ad, period, if you select that option. Some of my ads are still going through, but some are not, and I can’t figure out what the difference is between the groups where I’m posting.”

It’s unclear why Facebook is suddenly cracking down on enforcing its policies when a thriving e-marketplace for horse sales has been helping connect buyers and sellers for years. Some animal rights activists are viewing this apparent change as a good thing, believing it will help reduce backyard breeders and puppy mills by taking away their sales space; horse traders are pushing back with online petitions with claims that losing their sales space will increase the dumping of horses at auctions. Both arguments seem specious, but the fact remains that this policy is affecting lots of horse owners, traders, breeders and even rescues seeking to adopt out their animals.

However, all of this discussion raises a key question: what did we do before Facebook?

Sure, having your social media and your horse shopping available through one app at your fingertips is certainly convenient, but before the advent of social marketing people still managed to buy and sell plenty of horses. Just how critical is having Facebook’s Marketplace service for horse sellers? The jury is still out.

“At this point, I use Facebook mostly for the ‘why hasn’t this horse already sold’ ads, for horses that I haven’t already placed through my connections and networking,” Schultz states. “On the other hand, Facebook helped me build that network in the first place.”

However, less than a decade ago, equine sales sites were the standard: “I sold one of my first OTTB projects from Equine.com, and that ad brought traffic to my website where I soon sold a second horse thanks to a phone call,” Schultz adds. “Originally, when you started selling horses on Facebook, it seemed like buyers had some sort of agenda — I had a lot of people asking me ‘why is this horse for sale?’ and asking if I was just trying to ‘flip’ horses. Now, it’s totally the norm to list your sales on Facebook as a trainer.”

For professionals like Schultz who have built a network of connections with that intangible but extremely valuable word-of-mouth reputation that helps bridge more contacts, losing Facebook’s sales option may hinder their efforts. For other trainers trying to get their operations off the ground, a lack of social media marketplace may seriously hurt their business. Will we see a return to the equine sales sites? Or will Facebook relax its policies again?

Weigh in, readers — share your thoughts in the comments section!