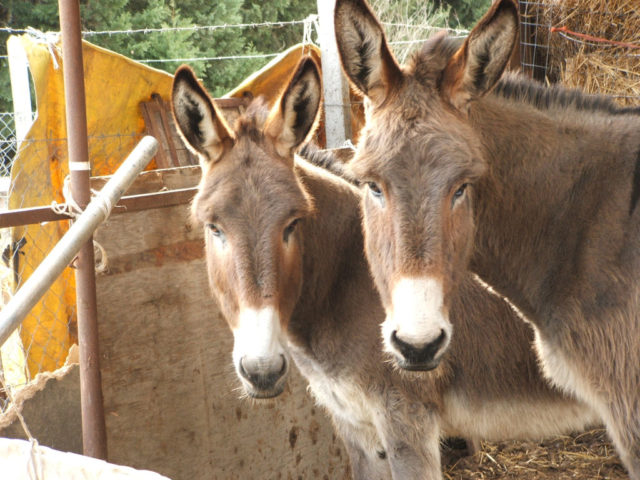 Guest contributor Cathy Purdy details the plight of donkeys all over the world thanks to a rapidly-growing market for their hides, threatening to wipe out the species itself.

A donkey holocaust is under way around the world. The carnage began in China and now extends to nearly every continent on Earth.

The sought-after ingredient is called donkey hide gelatin, or ejiao (e-gee-ow) in Chinese. Made by boiling the hides of slaughtered donkeys, the resulting gelatin is used in a variety of products – facial creams, powders, and snacks. The largest percentage of these products are sold in China, but many can also be found on Amazon and Ebay.

Like bear bile, donkey hide gelatin has its origins in Traditional Chinese Medicine (TCM) and its use goes back thousands of years. Demand for the product has exploded due to an expanding middle class in China and state-sponsored advertising that promises benefits ranging from anti-aging to virility.

The use of animal products in TCM has a foothold in Chinese culture, but the scale of slaughter in this case is unprecedented. As China is running low on donkeys, it is reaching outside its own borders to meet the demand of 4 to 10 million donkey hides a year. The worldwide population of donkeys was estimated to be about 40 million some years ago. Obviously, this level of slaughter could result in near-extinction for donkeys in a matter of years.

Hides are being sourced from Africa, Asia, the Middle East, and South and Central America, threatening not only donkey populations in those countries but the local people who still depend on them. Some countries see this as an economic opportunity and have set up slaughterhouses to supply hides. Australia is considering exports.

At present, five countries have resorted to banning the export of donkey hides — Niger, Burkina Faso, Pakistan, Mali and Senegal. Black markets are still at work even in these countries, however. In Niger, for example, 65,000 donkeys a year are slaughtered illegally. In addition, the price of a donkey there has risen from $34 to $147, too high for most of the local people who need donkeys to work and to live.

The NSPCA (National Council of SPCAs Africa) said, “Over and above the horrendous cruelty to the donkeys, it is noted that individuals and communities are suffering, as their livelihoods and often their only means of transportation are being taken from them.” Theft and barbaric slaughter methods are on the rise. Donkeys have been skinned alive, bludgeoned to death, and transported for long distances without food, water or rest.

America’s so-called “excess” horses and donkeys currently go to Mexico for slaughter. In all likelihood, the number of donkeys sent to that country will increase, whether by legal or nefarious means, as Mexico is actively trading with China.

Despite the massive scale of slaughter, the demand is still greater than the supply. Estimates are that up to forty percent of the products are fake, made from the hides of other animals and even shoes.

Petitions about this issue have been circulating online – people around the world are angry that China is once again threatening an animal species to serve a need that can only be called superfluous. The head of one of the ejiao factories in China said, “Our only concern is that one day soon there won’t be any more donkeys left to kill.”

The Chinese people as a whole should not be blamed — animal welfare efforts are in their infancy in China, but they are growing. Advertising has convinced the Chinese people that these products are a cure-all. Many entities along the ejiao pipeline are out to make a buck, not just Chinese interests. But at the current point in time, if this donkey annihilation is to be checked, it will have to be done by the countries and people outside of China.

What can you do?

Under the Skin: donkeys at risk (UK Donkey Sanctuary website)