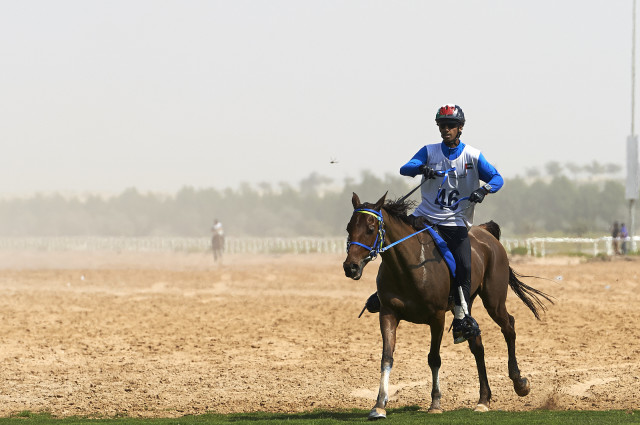 Six horses have died this month as a result of injuries sustained while endurance racing in Dubai International Endurance City, prompting the FEI Endurance Committee to again review the rules.

Training techniques are believed to be to blame for the spate of fatal injuries casting a shadow over endurance racing in Dubai. So states FEI endurance director Manuel Bandeira de Mello, citing over-training and lack of rest periods as the cause of injuries that saw six horses euthanized at Dubai International Endurance City in just the past month.

Dubai is no stranger to deadly controversy; the FEI (the international governing body of horse sport) disaffiliated several events in Dubai after another rash of equine deaths and doping scandals came to light in 2015. Endurance in the United Arab Emirates came under close scrutiny and formal review, with new rules put in place in 2016 (already following new rules released in 2005, 2009, 2013 and 2014). The 2016 FEI World Endurance Championships were moved from Dubai to Slovakia after pressure from national equestrian groups in support of clean, ethical sport.

Despite new rules as well as the period of disaffiliation, all intending to place horse welfare first and foremost, endurance racing based in the UAE still continues to push too hard, as evidenced by the recent equine deaths while racing. In the UAE, endurance racing has evolved from the technical tracks — the kind that might be iconic of the sport in other countries including the United States — to a speed event, despite maximum speed requirements set in place by the FEI. In fact, a ladies race on January 4 (which claimed the lives of two horses) recorded final loop speeds of 40kph, or roughly 25 mph — a galloping pace.

In desert rides, the FEI still permits on-trail crewing, meaning that assistants can line the route to hand water bottles to the rider to pour over the horses. The topical hydration keeps horses cool, but also means that they can be pushed further and faster and allow speed to replace good horsemanship.

Despite the FEI’s well-intended rule changes, little appears to have actually changed for endurance horses in Dubai and the UAE. It appears that drastic and swift changes are necessary to prevent further equine fatalities, and we hope for the sake of the horses that those changes are made.