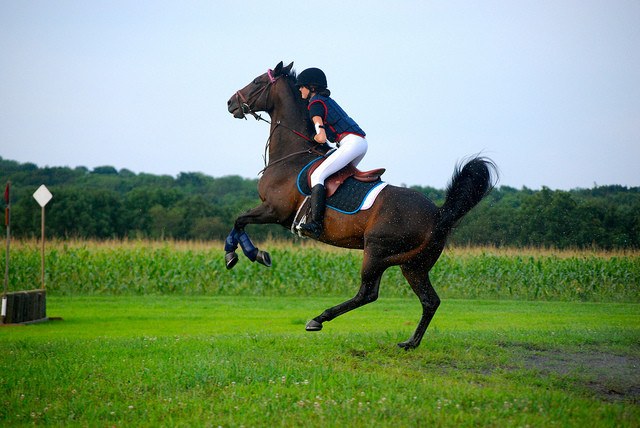 Read with a grain of salt and a wink.

(For heaven’s sake, this is meant to be tongue-in-cheek. Stop reading NOW if you don’t have a sense of humor.)

Does your horse perhaps not have your best interests at heart? Does he in fact want to find a way to get you off his back permanently — and make it look like an accident? Here are ten indicators you might want to look out for.

1. He farts in your face every chance he gets. He hopes you will die eventually from asphyxiation from his smelly butt music.

2. He is a finicky eater/hard keeper. He’s hoping the stress from his eating habits will give you a heart attack.

3. He colics occasionally. This might make you so stressed, you also develop life-ending stomach complications.

4. He spooks at the most random times. Oops, broken neck.

5. He won’t load into the trailer. Maybe the frustration and waiting will be the untimely death of you…

6. He cribs (or has other annoying vices). Hopefully this will drive you mad. Right off a cliff.

7. He’s hard to catch. Maybe you’ll catch a life-ending cold trying to catch him in the middle of a blizzard.

8. He’s got a rough gait. Tennessee walker he is not. Hopefully this will make you bed-ridden from a messed up back.