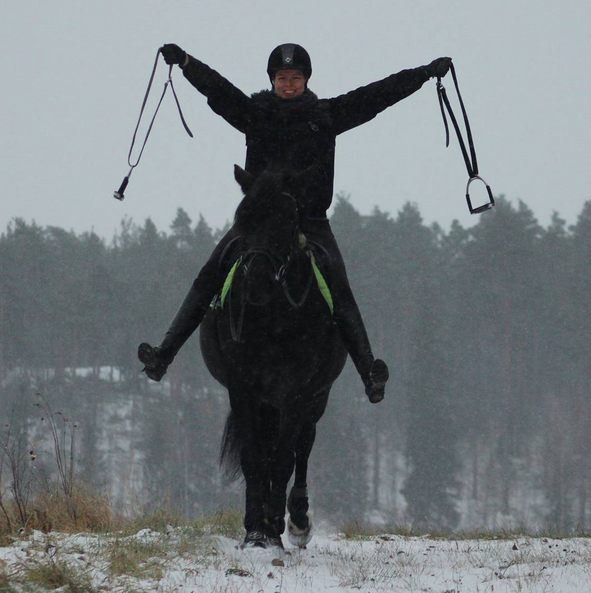 Are you still in?

The world turns, November churns on, and equestrians everywhere are adjusting to life without their stirrups (at least for this month). But where last week’s social media roundup included overtones of nerves, resignation and even fear of trying to walk the next day, this week there’s more of a hopeful feeling. We’re starting to see results. Those goals we set on November 1 maybe don’t seem so far away now.

Do you ever just lay in bed and cry because leg cramps? Lol same. #nostirrupnovember

Running three miles & then riding stirrupless for an hour does not feel so good the next day ?#nostirrupnovember

Doing #nostirrupnovember, because I want thighs that can hulk smash all the things! pic.twitter.com/wy7mOgt827

Not going to be able to walk tomorrow. #NoStirrupNovember

Walking across campus is so painful #NoStirrupNovember

#nostirrupnovember helped me actually have a nice, forward ride…looks like I’m doing it more often, now

#nostirrupnovember is still going strong! All our riders have made such progress over the last two weeks, and some asked for a “no stirrups December”! Great job EIF riders! ??????

Grayson and Ben showing us anyone can participate in #nostirrupnovember ??

Anyone else agree? Sometimes those stairs can look like a mountain after a ride… #NoStirrupNovember #CanadianHorseJournal

All cross-rails are no stirrups #nostirrupnovember – – – He was great yesterday, also rode my other fav boy elfy today

happy #nostirrupnovember ➰ riding stirrupless is kinda hard when you have a silly pony? ➰ trail rides in November are the best??