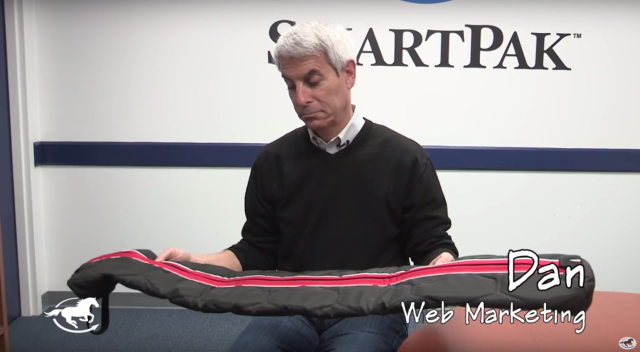 SmartPak’s “Ask a Non-Rider” video series returns! The non-riding SmartPakers were so flummoxed by the tail bag that SmartPak decided to release a Part II.

SmartPak‘s “Ask a Non-Rider” video series records for posterity one of our favorite equestrian activities that we know we’ve all done — taken a non-riding friend or relative to the barn and made them identify a bunch of random horsey objects. (I did this a few months ago to a non-equestrian family member when I sent them running to the barn from the pasture for a hoof pick. They kindly came running back with two hoof picks and a bot knife, because they weren’t 100% sure which was which.)

The patient and long-suffering non-riders have contended with the tail bag before (click link to view Part I plus a special feature on SmartPaker Kent) but their responses were so funny that SmartPak compiled a second edition here:

What a bunch of good sports! As SmartPaker Sarah says, having non-riders in the mix definitely keeps things interesting. And we’re willing to bet that some of these folks are having so much fun that they may not be non-riders for much longer.