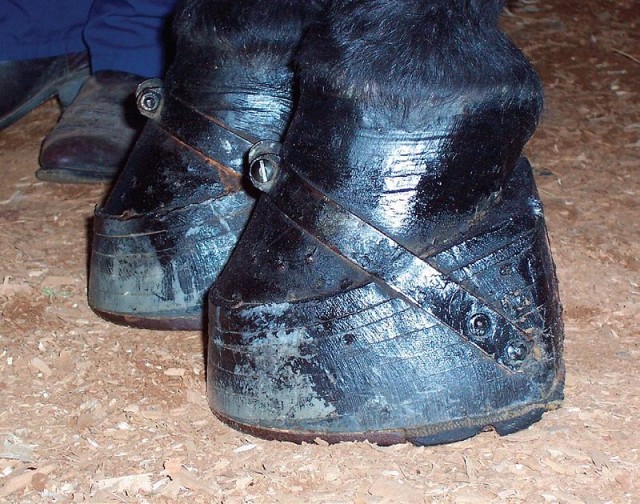 Candace Wade attended the first USDA/APHIS hearing on proposed amendments to the Horse Protection Act, intended to protect Tennessee Walking Horses from soring in the name of “big lick” movement.

I was verbally accosted by three different people, laughed at during my moments at the podium and invited to see two big lick farms populated with “happy horses.” One lady reluctantly gave me her name and number; the other walked away when I asked.   Welcome to the first of the four public hearings on the anti-soring/Horse Protection Act amendments proposal issued by the United States Department of Agriculture (USDA) and the Animal and Plant Health Inspection Services (APHIS). If you need a refresher on the proposed changes, click here.

This first hearing was in Murfreesboro, TN on August 9, 2016 — the heart of big lick country. The following is what I saw and heard at what turned out to be swimming with “lickers.”

My husband and I sat in the middle of the room on the aisle. This factoid matters because 1) I was accessible to those anti-proposal folks who spat their ire at me, as well as to two pro-proposal representatives who gave me their cards; and 2) we were surrounded by the anti-proposal faction. Actually, given the anti-proposal weight in the room, it would have been hard not to. The Citizens Campaign Against Big Lick Animal Cruelty (CCABLAC) had held seats in the front two rows with their blue t-shirts. A few of these shirts were tossed with disdain by anti-proposal attendees. This was before the chamber filled to standing room only.

I was bobbing amidst a sea of tacit animosity until a woman behind me said, “The circus just got three ring” when local anti-big lick celebrity, Nathan Jackson (dressed in a uniform from his service in Viet Nam), his daughter and family took their seats. Mr. Jackson, an ex-big licker, is now a very vocal advocate for ending the big lick. Later, another person said, “This is making me ill” when Jurnee Carr, of Miss Tennessee International, pled in favor of the proposal to ban the big lick devices.

Many people were taking pictures of the crowd, including Clant Seay with CCABLAC. An anti-proposal gentleman stormed up, put his camera in Mr. Seay’s face, snapped a picture and stormed to his seat to enthusiastic applause. My “Atticus Finch” looking husband adjusted his seersucker suit and whispered, “I’m glad I came with you.”

Let’s stipulate that I was sitting with the “anti-proposals” and couldn’t hear comments the “pro-proposals” might have been making. Many of the “antis” are stakeholders who believe they are fighting for their livelihoods, for food for their families. This core belief may explain some of the following opinions and why they were met with vigorous applause.

Anti-proposal remarks from the podium and audience:

Pro-proposal remarks from the podium (I could hear only the speakers on the pro-proposal side; no audience comments)

After enduring the hostile looks, attempts at intimidation (I actually had to tell one woman to back off out of my face four times), and hearing repeated messages (on both sides), my husband and I left an hour before the meeting closed.

The big takeaway for me was the hostility and attempts at intimidation by the anti-proposal participants. I had dismissed the “these are scary people” remarks offered to me from an array of friends when I started this journey into the world of the big lick Tennessee Walking Horse controversy. I was wrong, they were right  … or, maybe, some people convinced that they are fighting for their lives can act scary.

The proposal is posted and transcripts of all hearings will be posted on USDA/APHIS.