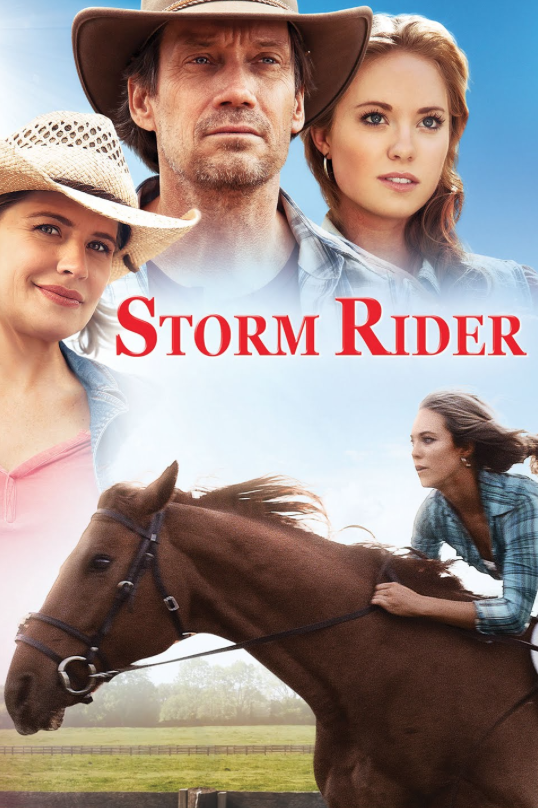 This week, Amanda checks out a film pairing a “spoiled” equestrian and a mule.

After her father is shipped off to prison for some sort of embezzlement scheme, our protagonist, Dani, is sent to live with her uncle. In the horse tale as old as time, Dani doesn’t fit in to her new surroundings. Fortunately, the “good ol’ boy” uncle and the local stable boy are determined to make it work. She also adopts a really adorable mule.

Here’s my first problem with this movie. The mule goes from weanling to fully-trained, rideable adult during the course of a single montage, but the characters don’t age at all.

There are a few endearing scenes — such as when Dani and the mule play hide and seek — but in general the writing is a hot mess. We have several coinciding subplots including but not limited to Dani and the stable boy’s budding romance, Uncle Sam’s failure to launch status with longtime girlfriend Jodi, as well as Dani’s evil stepmother’s shenanigans.

Everything is a little half written, full of stilted dialogue and ridiculous moments like Uncle Sam fumbling through a plot point of buying Dani a dress to go to the local shindig with the stable boy. It was supposed to be endearing, but the idea of an eighteen-year-old girl needing her uncle’s permission to buy a new dress doesn’t sit well … especially when he calls her a “filly” in front of her date and then goes to the dance to “check up” on her.

The look says it all. (Screen Capture)

After that the plot stumbles through Dani having a chance to train a “real Thoroughbred” at a neighboring farm. To do so, though, she’d have to abandon work with her #1 mule. This part made the movie particularly confusing because this Thoroughbred is the flick’s cover image, but everything up to that point led the audience to believe this was a movie about a girl and her mule.

Will Dani abandon Storm? You’ll just have to watch and see!

Or don’t, because life is too short for bad movies.

On the small chance that you don’t fall asleep from the soundtrack alone — pretty sure the filmmakers picked up a CD called “Lullabies to Die By” at the local thrift store — this movie is boring with a capital B. Between the horrible dialogue and totally incomprehensible timeline, this movie is just not worth the watch. It wasn’t the worst I’ve seen, but it is a total waste of Kevin Sorbo (Hercules!), Kristy Swanson (the original Buffy the Vampire Slayer!) and Danielle Chuchran.

I give Storm Rider, available on Netflix, 1 Golden Horseshoe.