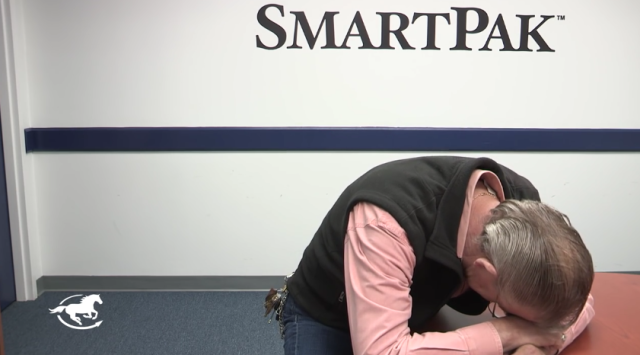 The responses from SmartPak’s team of non-riders were so good for studs and Stud Suds that a Part II was most definitely in order.

SmartPak‘s video series “Ask a Non-Rider” continues: the non-horsey members of SmartPak’s staff come before the camera to try to identify an array of objects for the horse and equestrian. As you might imagine (from playing this game on your non-riding friends and family) the responses are pretty hilarious.

We’ve already seen the non-riders take on studs and Stud Suds in the past, but the responses were so varied and hilarious that it was definitely time to look at more in Part II. The team figured out the studs pretty easily (“for traction!” “See, I know things!”) … but Stud Suds? That’s a different story.

Bill from Operations, you’re our favorite.

Catch up on the entire Ask a Non-Rider series by clicking here.