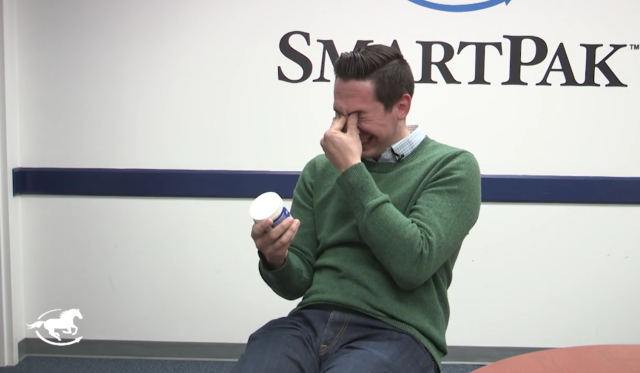 SmartPak’s side-splitter of a new video series will have you in stitches as the non-horsey members of the SP staff attempt to figure out what studs and Stud Suds are used for.

SmartPak‘s new series records for posterity and viral-video-status the kind of stuff we like to do to our non-horsey friends and family anyway when they come to the barn — ask the uninformed to identify an array of equestrian products. We were already giggling over the SmartPak staff’s interpretation of Sleazy Sleepwear and grazing muzzles, but today’s feature video really takes the cake: the non-riders are faced with studs and Stud Suds.

Sorry, non-riders: this never gets old.