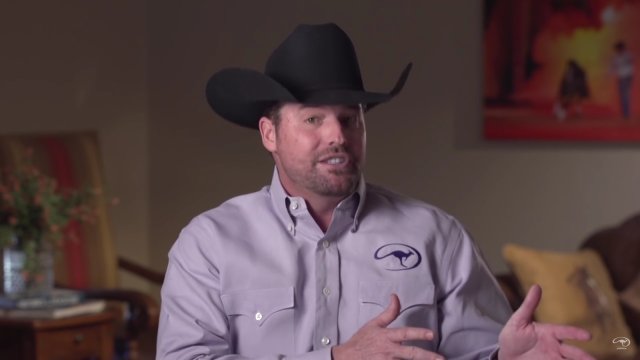 Watch the full episode that has so many people talking, and then join the discussion.

Well-known trainer Clinton Anderson has been documenting the training process of his young stud colt “Titan” in his preparations to show at the NRHA Futurity reining. As with many of the “horsemanship personalities” who sell their methods and products to the horse-loving public, Anderson has both a fan following and strong-voiced critics, and his latest chapter in the Titan series has fueled quite a controversy.

Watch the video in question and decide for yourself. It’s just shy of 15 minutes, but we think it’s important to view the entire video for full context to form a fair opinion.

Let’s discuss, Horse Nation. Do you agree or disagree with Anderson’s philosophy?

Please keep your commentary civil and courteous. We always encourage open discussion and conversation, but we also reserve the right to monitor and delete comments that we feel are offensive or personally attack other readers. Everyone has an opinion and everyone is entitled to express it in a civil fashion.