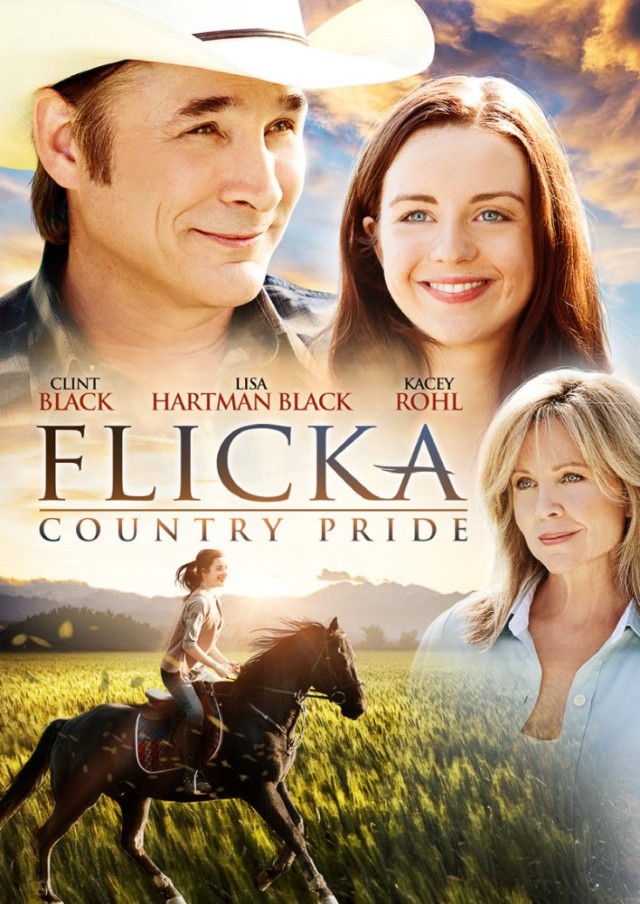 This week we take a look at two unrelated sequels in the ‘Flicka’ trilogy available on Netflix.

IMDb says, “Carrie is a big-city teenager whose life is turned upside down when she moves to a horse ranch in Wyoming to live with her father. But everything changes when Carrie meets Flicka, a wild, jet-black mustang who’s just as free-spirited and strong-willed as Carrie. The two form a special bond and Carrie opens her heart to her father and a handsome, local boy, but when a jealous rival puts Flicka’s life in jeopardy, Carrie must do whatever it takes to save her best friend.”

My seven-year-old daughter loved it.

She didn’t care that the main horse changed from being an Arabian to a Quarter Horse to a gelding to a mare to a wild Mustang. She was on the edge of her seat during the film’s climactic scene when Flicka is in danger. I liked Clint Black.

I give it 1 Golden Horseshoe.

After the Flicka 2 fiasco I was less than enthused to discover there was a third movie in the series to enjoy. I turned it on before I went to do evening chores with explicit instructions for my seven-year-old writing assistant to report back to me. Imagine my surprise when I walk back in the door an hour later and a 3-Day Event is on the screen! I ended up watching the last thirty minutes of the film and then rewatching the first hour the following morning.

Shocker — it was actually pretty good!

I can only name two horse movies off the top of my head that contain eventing — Sylvester and International Velvet — so automatically I was a little excited, but the thing that really struck me about this story was that the horse and rider, though new to each other, were both well trained via backstory. That sounds like common sense to equestrians, but it is incredibly rare to find in these movies. Usually the rider or horse is “wild” and somehow — after a well timed montage — still manage to “win the big local competition!” The lead protagonist of Country Pride, however, was already an accomplished but down on her luck equestrian. So when she made her glorious comeback it. all. made. sense.

The filmmakers did amp up the melodrama by adding a stereotypical Mean Girl and backstabbing trainer to the mix, but Clint Black also made a reappearance to counter their hysterics.

I give it 3 Golden Horseshoes.