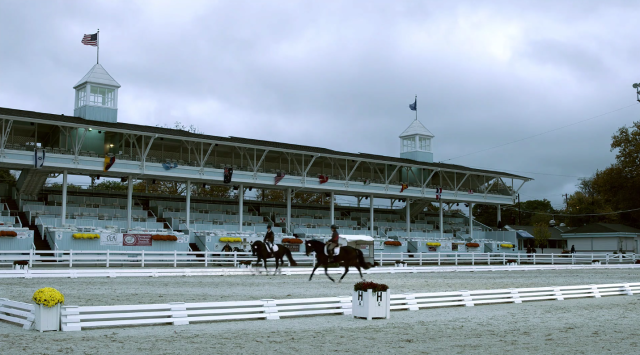 While we’re still lacking some details (such as when, where and how this series will eventually release) we’re still totally captivated by these new teaser trailers from ‘The Equestrians’ docu-series!

In February of last year, we introduced you to The Equestrians, an eight-part documentary series focusing on all aspects of the equestrian world, from the globe’s top international riders all the way down to the innumerable members of the horse industry: farriers, veterinarians, horse show volunteers, the guy who drives the arena drag tractor.

The producers of The Equestrians understand that it takes all of these people to keep our horse world turning, and they seek to leave no story untold in this eight-part series. Unfortunately, it’s still unclear to us when, where and how this series will eventually release — we’ll keep you posted as soon as we know more!

In the meantime, immerse yourself in the magic of the little moments of our horse world, great and small: in the following teaser trailers, you’ll get a rarely-seen glimpse into McLain Ward’s training stable, as well as look at all of the work that goes into producing a day of hunt races or the humble grace of showing dressage in the pouring rain. These are not just stories of the elite riders, but the owners, grooms, trainers, volunteers, loyal spectators, friends and family and the lovers of horses everywhere.

There are are a total of eight brief teaser trailers available — here are our favorites.

Catch the rest of the trailers and learn more about The Equestrians project at the documentary’s website.