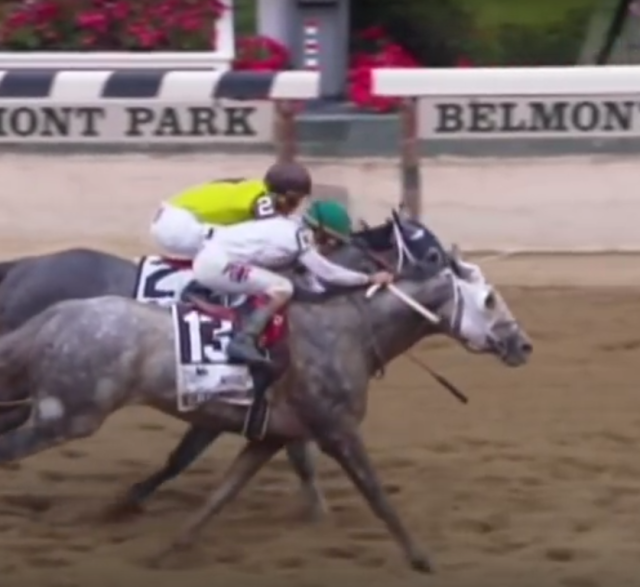 In an exciting conclusion to a fascinating Triple Crown season, 13-1 Creator broke from the outside and ran a tactical race to barely edge out Destin in Saturday’s Belmont Stakes.

Going into the 2016 Triple Crown, I admitted to myself that nothing was going to be as exciting as last year’s historic season in which we watched with bated breath as American Pharoah ended a 37-year drought, becoming the first Triple Crown winner in my lifetime.

And yet, as this year’s Kentucky Derby, then Preakness, then Belmont Stakes unfolded, I found myself somehow more wrapped up in the Triple Crown trail than ever — the intrigue of bloodlines, stamina, past racing history and the ever-present heartbreak of defeat made this year in some ways a more fascinating series of races than ever before. In a constantly-shifting field of favorites, it’s almost refreshing to see such a deep field of talent, with no clear runaway champion currently evident.

Nyquist may have been the early darling of the media and handicappers thanks to an undefeated juvenile and three-year-old season, culminating in a smashing Kentucky Derby victory at Churchill Downs in May. But Exaggerator defiantly ended that colt’s reign as undisputed champion, blowing past him in a rainy Preakness Stakes and becoming the new apple of the racing world’s eye.

As Nyquist headed home for a little rest after spiking a temperature and recording an elevated white blood cell count after the Preakness, everyone’s attention shifted to New York’s Belmont Stakes, with many touting Exaggerator as another clear winner. The horse would love the distance, was said to bounce back easily between races.

But in the twists and turns of the sport of horse racing, it wasn’t meant to be for Exaggerator — the bay son of Curlin chafed at a slow pace, fighting jockey Kent Desormeaux down the backstretch and burning valuable late-closing energy. When Desormeaux finally released his horse to make his move, there was nothing left. Ultimately, Exaggerator finished a distant eleventh.

Furious battles raged elsewhere in the Belmont: while fresh starter Gettysburg jumped to the lead and held it until the turn for home, but Destin lurked just to his outside. Governor Malibu held the rail, biding his time, while Creator settled on the rail well towards the back of the pack.

The field seemed to bunch and gather heading into the final turn: Exaggerator moving up towards the leaders as Stradivari stalked in third, Lani stretching his legs to eat up the ground from second-to-last towards the front pack, Creator finding room on the rail to begin his stalk.

Destin swept by Gettysburg as the field hit the homestretch, Stradivari still gamely fighting to the outside. For a moment, Creator appeared to be boxed in as Governor Malibu rocketed towards the inside — but the hole he was aiming for slammed shut as Gettysburg drifted towards the rail. In that moment, a space opened up and Creator found room, edging between Governor Malibu as he tried to dodge outside and the fading Stradivari.

Lani made a bid on the outside as Creator and Destin hooked up for a battle, but couldn’t catch the duo of grays. Creator and Destin fired down the stretch in a brilliant duel, with Creator lunging just slightly ahead at the wire.

Jockey Irad Ortiz Jr. raised his whip in celebration, though the official call would not come for a few moments until the photo was examined. However, his joy proved justified: Creator had edged out to win the Belmont Stakes.

Watch the replay for yourself:

We give a special shoutout to Governor Malibu — this seeming longshot ran a tough race and we would have loved to see how this may have played out had he not gotten boxed in heading into the stretch. That’s horse racing!

And, of course, a special Horse Nation salute to Lani: while his highest Triple Crown placing was his third here at Belmont, it’s worth noting that Lani not only traveled from the opposite side of the world but did run all three legs of the grueling Triple Crown schedule. We love you, Lani.

Creator is owned by WinStar Farm’s Kenny Trout — of public interest is also minority owner and celebrity chef Bobby Flay, who got involved less than a week ago with this champion three-year-old. Creator is trained by Steve Asmussen.

This year’s summer campaign should be fascinating to follow, with such a strong crop of three-year-olds preparing to face off in the nation’s big stakes.