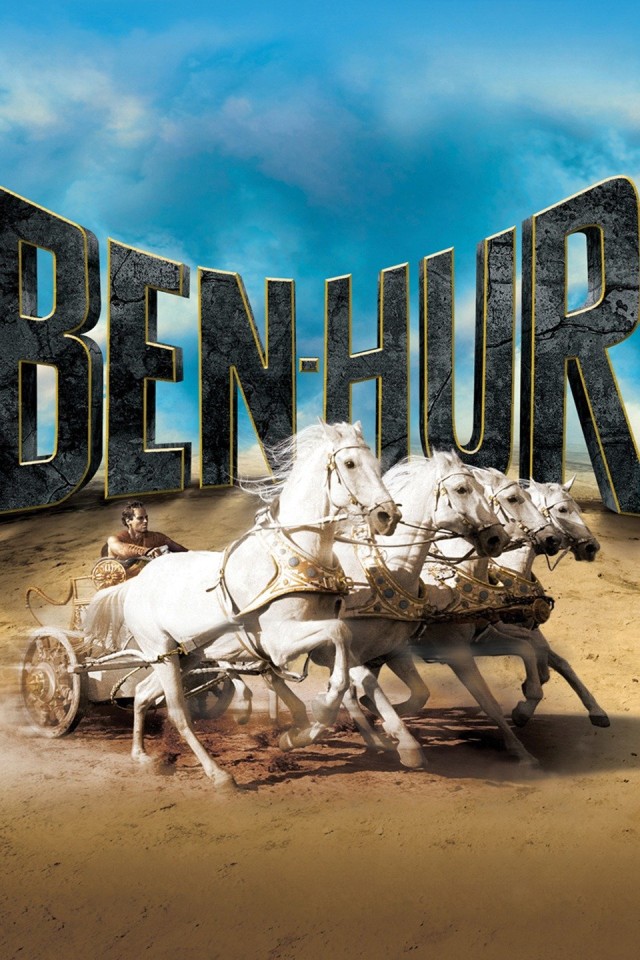 According to some critics, “the best Easter movie that was ever made!”

Ben Hur, the story of a Jewish prince betrayed and sent into slavery by a Roman friend who then comes back for revenge, galloped into theaters in 1959, winning 11 Oscars. It has an 89% “Fresh” rating on Rotten Tomatoes. Time Magazine says, “the biggest and the best of Hollywood’s super-spectacles.” Another review calls the film, “a masterpiece of epic filmmaking, a profound religious experience and one of the greatest films ever made.”

Any devoted equestrian remembers the four starring Arabians: Altair, Antares, Aldebaran and Rigel. When the sheik lovingly talks to his “children,” let’s face it, most of us were hooked.

But it was the now infamous chariot race that really got our adrenaline pumping. Turner Classic Movies reports, “the chariot arena was built by more than 1,000 workers beginning in January 1958, according to some reports. It was 2,000 feet long by 65 feet wide and covered 18 acres, the largest single set in motion picture history to that time. Reputedly, 40,000 tons of white sand was imported from Mexico for the track.”

Heston arrived on set weeks before the other actors and began training for the race under the guidance of stuntman Yakima Canutt. Eighty-two horses were imported from Yugoslavia for the scene that was reported to have cost $4 million dollars and took ten weeks to shoot.

Now, here’s where everything gets a bit controversial. As both a horse lover and a cinephile, I have always heard rumors about the horse deaths that occurred during filming of Ben Hur. Some people claimed there were hundreds of deaths, while others stated that not only were horses hurt but a stuntman tragically died. Fortunately, these rumors are false. Studio records and Charlton Heston’s 1995 autobiography In the Arena specifically states that no one was seriously injured during filming. As far as I can tell, the only “death” that occurred was that of a 70mm camera. The camera, one of the world’s first 70mm, was destroyed by horses making a sharp turn.

But why all the confusion? As it turns out, there is another Ben Hur movie, made in 1925 and filmed in Rome. This film’s director, B. Reeves “Breezy” Eason, was notorious for his horse action sequences and his ruthlessness. Some historians have even said the man had an actual vendetta against horses. It is unknown how many horses died during the 1925 production in Italy, but sources said, “If a horse limped, they shot it.” On this set, which was reported to be cursed, a stuntman did die. At least five more horses were killed on the American set during retakes.

Another Eason film, The Charge of the Light Brigade (1936), killed at least twenty-five horses, though many people claim the number was close to two hundred. The use of trip wires during production was so controversial that Warner Bros. never released the picture to theaters and Congress looked at animal abuse in film for the first time. Star Errol Flynn later asserted in his autobiography that it was he who complained to the ASPCA.

The Charge of the Light Brigade (1936). Screen Capture via Daily Motion.

After doing this research, I really enjoyed watching the 1959 Ben Hur. The film is a visually iconic epic that relied on stunning sets and clever filmmaking– two things that seem to be going extinct in a now CGI dependent industry. The religious themes are not overdone and should still appeal to a wide audience when mixed with the blazing action sequences.