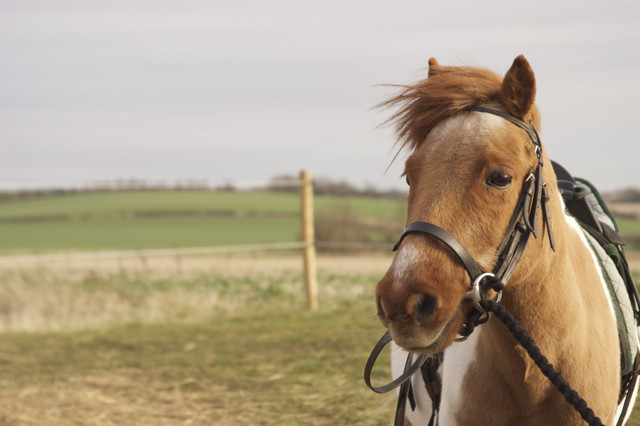 The group’s considerations have elicited strong opinions from the public about the need to restrict or educate on ideal horse/pony/rider matches.

The Showing Register, a UK-based showing association, recently held a public debate among its leadership to discuss developing weight criteria for riders showing ponies. Currently, there are rules in place in the association which set age restrictions for riders of certain pony heights and types, but there are not restrictions on rider weight, nor on “native breed” ponies, such as Welshes and Dartmoors.

“There is a belief that rider weight isn’t an issue for small natives because traditionally, they carried farmers on the mountain,” debate organizer Gail Chapman told Horse and Hound. “But as some people have pointed out, this was off the bridle in a straight line — as opposed to modern schooling methods, which place entirely different stresses on these ponies.”

This debate comes after a meeting between World Horse Welfare and the British Equestrian Federation last October, wherein WHW presented findings and concerns to the federation in hopes that there will be more dialogue, education, and training for the masses on ideal horse and rider combinations. Leaders from both organizations were quick to point out that it’s not about restricting heavier riders from the sport altogether, and that there is a horse for every rider; it’s just a matter of educating the horse community to make suitable matches.

The Showing Register’s debate was lively and addressed many concerns, but ultimately decided that the enforcement of restrictions was insurmountable. Chapman told Horse and House that the group voted instead to move toward better education rather than punitive measures, and they will plan to issue guidelines to their association members for the coming year.

“The welfare of the animals must always be at the forefront of any decision.”

What do you think about this issue? Let us know in the comments section!