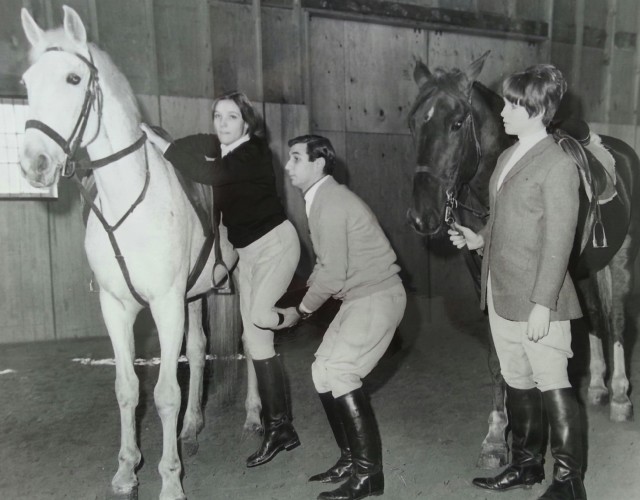 The Intercollegiate Horse Show Association, or IHSA, is celebrating its 50th anniversary over the 2016-2017 season!

Fairfield, CT (February 25, 2016) True to its mission that every college student should have the chance to ride, the Intercollegiate Horse Shows Association (IHSA) plans a year of special events assuring everyone a chance to ride along on its 50th Golden Anniversary tour, beginning with the unveiling of its 50th Anniversary logo at this year’s IHSA National Championships, May 5-8, at the Alltech Arena of the Kentucky Horse Park in Lexington. IHSA was founded in 1967 by then-18-year-old Fairleigh-Dickinson University (NJ) student Robert ‘Bob’ E. Cacchione and is now the oldest and largest collegiate riding team organization in America with annual participation by more than 400 educational institutions and 10,000 riders.

“We want the importance of our National Championships to remain special,” said seven-time Collegiate Cup team coach Cindy Ford (Skidmore College, Saratoga Springs, NY), following the annual January meeting of the IHSA Board. So instead of limiting celebrations to the year-end titles, it will be a grand tour that extends throughout the 2016-2017 seasons.

“The Golden Anniversary will mean the most to our alumni, and their families and friends, so we’re considering special events at Regionals and/or Zones and Semi Finals, and working closely with coaches and our Intercollegiate Horse Shows Alumni Association,” said coach Cricket Morris (Averett University, Gladys, VA) and IHSA Zone 4 Region 5 president, who is part of the 50th anniversary planning committee.

IHSA promotes competition for riders of all skill levels, who compete individually and as teams at regional to national levels, based on the principle that any college student should be able to participate in horse shows regardless of financial status or riding level. Learn more at www.ihsainc.com and follow IHSA on Facebook and Instagram.