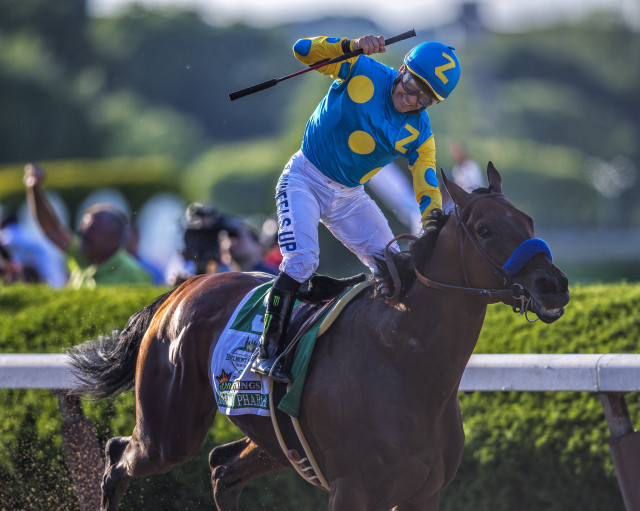 Well, at least we know where American Pharoah stands with the people. Sports Illustrated‘s announcement this morning shocked fans all over the world.

We waited, horse racing fans, year after year. We watched our dreams wither away on the home stretch of Belmont Park (and sometimes earlier at Pimlico). As field after field thundered by, we sighed, put up another smile, maybe wiped a tear, and said “maybe next year.” For thirty-seven years we waited, and finally our dreams came true with American Pharoah, a royal colt who united the racing world and brought in new fans from all over the world.

There’s a magic about horse racing that can’t be found in any other sport — and that thirty-seven year drought is part of the mystique. Yes, there’s a World Series, Superbowl and Masters winner every single year. Triple Crown winners are rare and treasured. They come along once in a lifetime.

Sports Illustrated, recognizing this feat, included American Pharoah in their list of athletes deserving of the title of Sportperson of the Year. Up against our beloved horse were the Kansas City Royals, Serena Williams, Usain Bolt and many other top-caliber sportsmen and women in their various games of choice. Horse people, racing fans and regular folks all equally captivated by American Pharoah’s spell answered the call to vote in the public online poll, and when voting closed at last, American Pharoah had captured an impressive 47% of the vote.

So naturally, AP’s wide fan base was floored this morning to see that Sports Illustrated‘s Sportsperson of the Year title was awarded to Serena Williams.

Social media’s response was as swift as a galloping Thoroughbred:

I guess I’m only angry because why did we vote? #AmericanPharoah #SI

#AmericanPharoah didn’t win Sportsman of the Year – A couple of things – 1) The whole “he’s a horse” thing – then why did SI nominate him? — Owen Loves Jake (@OwenTheTonk) December 14, 2015

All this talk about #Serena vs. #AmericanPharoah is just crazy. They would have never gotten the horse in that chair for the photo shoot.

It’s important to note that Sports Illustrated made it clear from the start that the editors were going to be the team responsible for ultimately selecting Sportsperson of the Year, while the online poll was intended simply to give the fans a voice. There was never any declaration that the fan poll was going to affect the final editorial decision. For an in-depth look at how Serena Williams was chosen, we suggest you check out “Why Serena Williams is SI’s 2015 Sportsperson of the Year” — her efforts both on and off the tennis court are well-deserving of recognition.

This Tweet states it better than we ever will:

Being #graciousindefeat will win more fans than a #SISportsperson award. #AmericanPharoah gave us a chance to promote racing, use it wisely — Karen (@PaintedSFarm) December 14, 2015

And in the end, I’m tempted to agree with this guy:

I don’t need @SI to tell me that #AmericanPharoah was a once-in-a-lifetime sports superstar. History does that. #GrandSlam @jazz3162