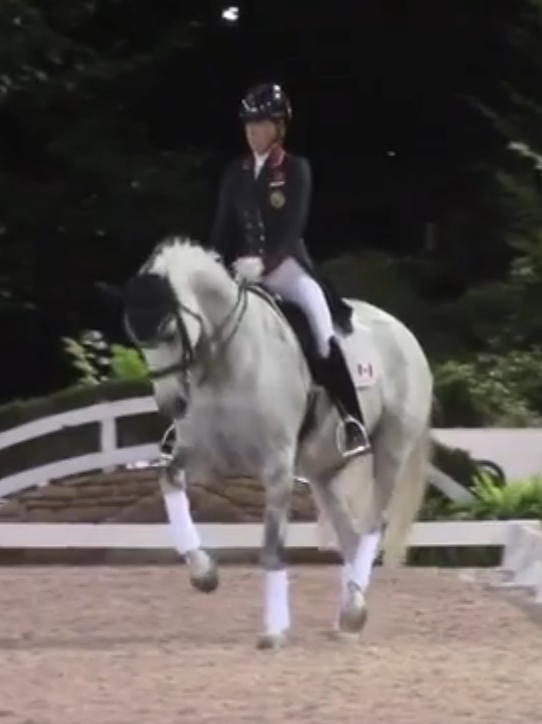 For the average horseperson, it’s probably a lot to ask of oneself to ride a horse once, then lay down a freestyle you’ve never practiced in completion before in front of a huge crowd in a venue that you’ve never seen. But then again, Charlotte Dujardin isn’t really an average rider. She’s number one in the world, and this past weekend she demonstrated exactly why when she borrowed Evi Strasser’s horse Renaissance Tyme and reworked her championship freestyle routine for an exhibition ride at the Central Park Horse Show.

The routine wasn’t absolutely identical to the test Charlotte and Valegro have made iconic all around the world: the music is slightly different (though the same themes from How to Train Your Dragon are prevalent) and Charlotte mentioned in an interview with Equisearch that she needed to make some necessary adjustments based on her horsepower.

So why was Charlotte catch-riding in the first place? What happened to Valegro? Rest assured, Valegro lovers of the world, “Blueberry” is just fine. However, the Central Park Horse Show came right on the heels of the European Championships in Aachen where Charlotte and Valegro were crowned continental champions. Rather than ask Blueberry to make the taxing trans-Atlantic trip to New York, Charlotte, along with Carl Hester, decided to give him a longer break.

But American fans weren’t disappointed even though the world’s best dressage horse couldn’t perform under the bright lights of the big city, because Charlotte gave them a performance and a demonstration of horsemanship that they won’t soon forget. After all, isn’t that what dressage is all about?