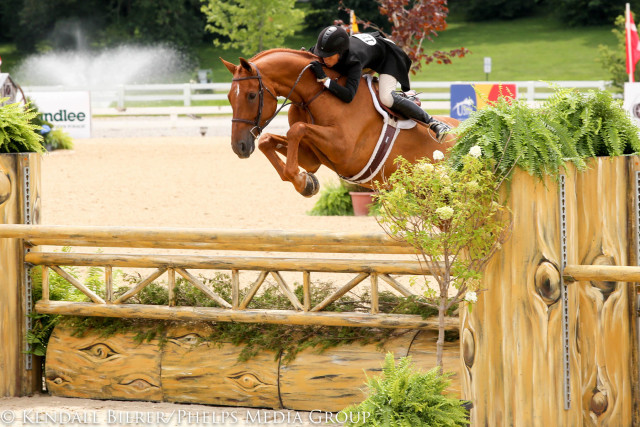 Somehow, the hunters have developed a reputation for being kind of boring. Watch Liza Boyd and 17-year-old Brunello destroy all of those stereotypes with a mic-drop handy round from the USHJA International Hunter Derby Championships.

Okay, perhaps it was the basic outside line, diagonal, outside line kind of hunter round that gave the entire discipline that reputation … but whether or not you’re a fan, you’re going to want to watch this handy round from the USHJA International Hunter Derby Championships, taking place over the weekend at Lexington’s Kentucky Horse Park. At an age at which many top-tier horses in any discipline are easing into an easy retirement or semi-retirement (Team Totilas just announced the top dressage stallion’s retirement yesterday at age fifteen) the seventeen-year-old Brunello is like fine wine: he’s just getting better and better.

The handy round was the second phase of competition at the Championships, with the top twenty horse-and-rider pairs from the preliminary classic round competing for final standings. Displaying unparalleled scope and athleticism over the fences, Brunello and Boyd actually elicited whoops and cheers from the crowd over particularly challenging fences — which is unheard-of in the hunter ring!

Simply amazing. Of course, they weren’t slouches the day prior in their classic round, either:

This year, I did feel obligated to do it for him. I just really wanted to keep it together, and it was all for him […] The horse is unbelievable. I was so nervous in the schooling area; I couldn’t get it together. I should just get off and let him do it himself. It probably would have been a score of 100. He’s just amazing. I’m in a little bit of shock, and I’m so lucky to have that horse in my life […] He is such an amazing animal, and it felt great to pull this off for him tonight.