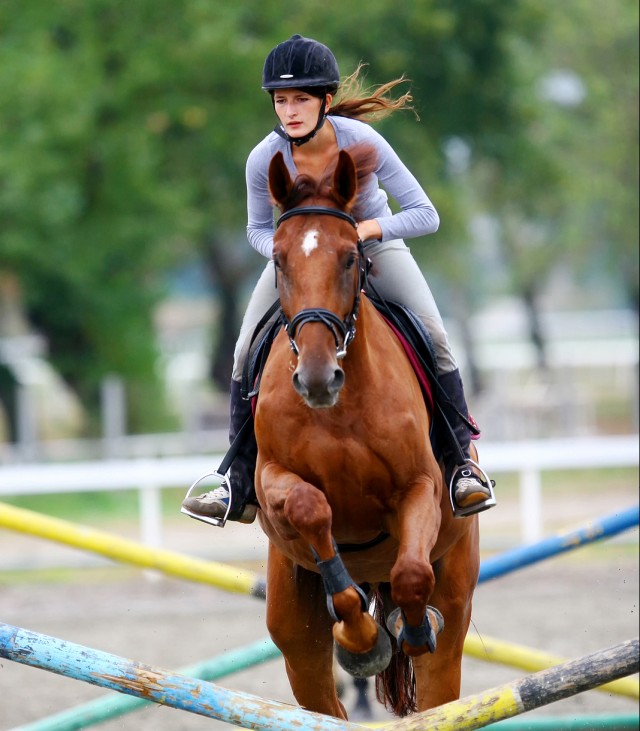 How can the worst day of your life also be the best? Tara Le Bree shares her story.

It happened on March 16, 2012. I had ordered some fancy breeches that I’d found on sale, much more expensive than I usually buy. Being a better rider is very, very important to me, and in my head, wearing those breeches was going to make me legit, so I was so excited when they arrived — until I tried to put them on. They didn’t fit.

“No big deal,” I thought, “I’ll just return them for a bigger size.” Well, it was actually a very big deal because they didn’t come in bigger sizes.  I had already ordered the biggest size they made. THEY. DIDN’T. FIT.

I hated those breeches. They were the symbol of everything I didn’t like about myself. I had struggled with weight issues for most of my teenage and young adult life. I was your classic yo-yo dieter, losing weight quickly for a while and then slowly gaining all of it back, if not more. I was a skinny kid but a plump-ish teenager. I was pretty thin when I met my husband in college, but after a couple of years of marriage, I weighed 172 pounds — all five feet, four inches of me. Down to 130 pounds.  Back up to 155. Back down to 130. Back up to 170. I knew the extra weight wasn’t helping my riding, but I wasn’t motivated enough to do anything about it. Then March 16 came around.

That was it. I started a weight loss program that day. After all the yo-yoing, the too-small breeches were my catalyst for committed weight loss. And guess what?  I lost 45 pounds and have kept it off for more than three years. Plus, losing the extra weight made a big difference in my balance in the saddle.

The equine love of my life is an enormous, huge, gigantic tank. He is also enormously, hugely lazy (unless he’s spooking, in which case he is enormously, hugely running in the opposite direction of wherever we were 27 milliseconds ago.) Although I was definitely in better shape after my weight loss, there were days when it was still almost impossible for me to keep him going if he didn’t feel like humoring me. I desperately wanted to be able to ride the Gigantisaurus Rex well, so those days really depressed me, and I longed for a way to change them. I finally realized that in order to ride better, I needed to be stronger.

That’s where it got real. In order to be stronger, I needed to do more than ride — I needed to work out. I. HATED. WORKING. OUT. But this was for my horse. Cue the dramatic sigh.

I started exercising every day, just for a few minutes, focusing on activities that would help my core and leg. Despite the initial torture, slowly those few minutes turned into a full-blown, six-days-a-week fitness program (including cardio — gasp!) Don’t ask me how that happened, because I don’t really know. I do know why it happened, though — it made a difference in my riding, which was enough to keep me going. My seat became more stable and my leg became more effective. Before I knew it, people were commenting about how much better I was riding Mr. Spookytank. Cue the ecstatic sigh.

Looking back on it now, if those breeches had fit, I might not have realized that for me, the secret to being a better rider lies in making a commitment to my fitness program.

Tara La Bree is dedicated to improving rider fitness and became a certified personal trainer to help others on their own rider fitness journey. She is also the barn manager at Equestrength LLC and a certified host of Ride Fit Challenge boot camps. Email [email protected] to learn more about the Ride Fit Challenge or to find out how Equestrength can help you #ridestrong.