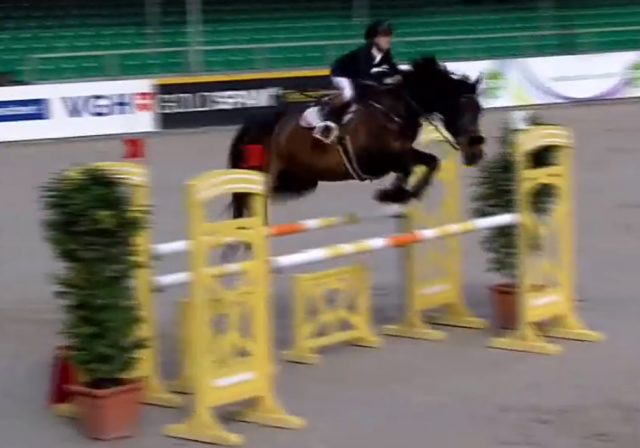 Whatever the Allens are doing to raise four outstanding show jumpers, they’re doing it right.

Bertram Allen has been all over the equestrian news recently, globe-trotting to one Grand Prix show jumping competition to another, including a recent third place finish at the World Cup in Las Vegas: not too shabby for a nineteen-year-old kid. He’s been called a phenomenon, turning heads everywhere from his native Ireland to the 2014 World Equestrian Games. But talent must run in the family, because Bertram’s not the only Allen who’s learned how to fly on the back of a horse: his siblings Grace, Lucy and Harry are all winners in show jumping as well.

The younger Allens have competed in various events around Europe both as individuals and as part of the Irish traveling teams for such events as the Nations Cup. While it appears that the two girls Grace and Lucy (just one and two years younger than Bertram, respectively) may not be actively competing through the FEI this year, Harry at age fourteen is leaving his mark on the show jumping world in his elder brother’s footsteps, most recently propelling the Irish pony team to a third place finish at Fontainebleau in France. You may also remember Harry from a video we shared in August of 2014 from the Dublin Horse Show (see “Watch This Ballsy Irish Kid and His Awesome Pony”.)

Here’s the eldest daughter Grace competing at Fontainebleau in 2012, the last year that she competed in FEI-reocgnized events (one of Bertram’s rounds sneaks in around minute 5:00 but the rest is all Grace.)

Unfortunately, no video seems to be available for Lucy, but her FEI record for 2013 shows her campaigning two horses all across Europe. Meanwhile, fourteen-year-old Harry keeps going strong. He hardly looks big enough to be piloting Wild Thing L over jumps far, far taller than he is, but watch him get it done:

And for fun twist, play “Who Rode Wild Thing L Best?” and compare this round to Bertram’s:

To the parents of this quartet of international show jumping superstars, we salute you for and congratulate you on the family’s success in the show ring. We’ll be following the careers of all four Allen jumpers to see what’s next for this talented family!