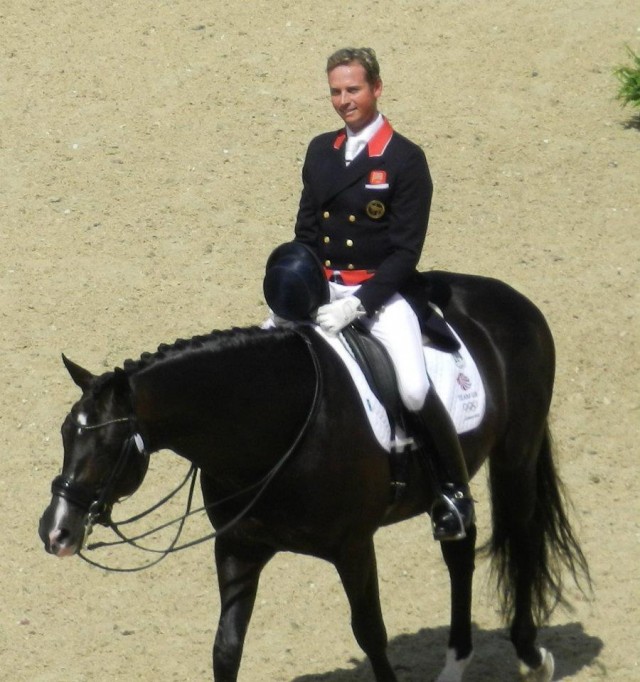 Nothing is set in stone, but the opportunity to retire on a high note after Rio may be approaching.

The online dressage community was abuzz this week, when a Dressage News interview with Carl Hester claimed that he and Valegro would retire from competition after the Rio 2016 Olympics. A later piece from Horse & Hound clarified the matter, with Hester saying that “It all depends on how we feel after Rio.”

One can understand Hester’s desire to quit competition while he’s ahead. At 47, he’s achieved more than many do in an entire career, from 44 national dressage titles in the UK to Olympic golds–not to mention training the dressage duo that has taken the world by storm–Charlotte Dujardin and Valegro (known as ‘Blueberry’ to his friends).

There are no more international dressage milestones for Valegro and  Dujardin to achieve: world record scores for Grand Prix, Grand Prix Special, Grand Prix Freestyle, plus team and individual Olympic gold medals. They’ve already started to break their own records for Grand Prix and Freestyle.

“After so consistent a career I don’t want to see him go on because he can,” said Carl Hester in an interview with Dressage News, “I can’t see any other horse doing what he has done for the country.”

He did note, though, that a retirement from competition would not mean a retirement from riding. Valegro would still be ridden for his mental and physical well-being, and might travel for the occasional demonstration event–though most of his time would be spent turned out at with a fuzzy Welsh pony as a companion.

Hester’s plans aren’t set in stone yet either. He has a house in Spain as well as his farm in Gloucestershire, England–and in all likelihood would remain very active in training top dressage talent as well as supporting the sport at all levels.

We’ll just have to wait and see how he feels after Rio!