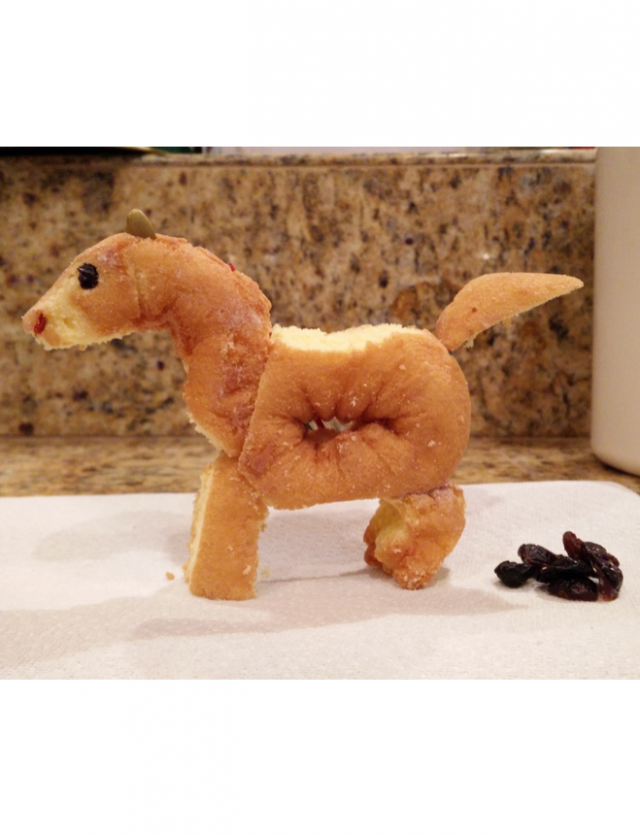 *Pony may be smaller and less appealing than hoped for.

Note from the Editor: Much of my time as editor of HN is spent trolling the internet for random odds and ends that our readers might find compelling. (OK, “compelling” is a strong word.) Last week I stumbled across this recipe (“recipe”… another strong word) for a “donut horse” from a 1946 cookbook entitled “How to Run a 1946 Halloween Party.” Being a huge fan of both horses and donuts but possessing zero craft skills, I challenged HN’s writing staff to bring my fantasy donut horse to life. Morgane Schmidt rose to the challenge and submitted this report. 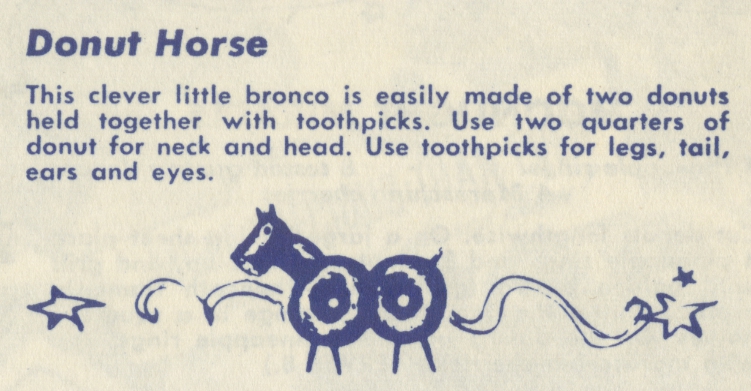 Given the fact that playing with my food is nothing new for me, I decided to take up the challenge to create a “Donut Pony” and document the process. My pony ended up being a bit different than the one implied by the above image. For starters, there’s no way that pony  would stand up on four toothpicks. Additionally, using two full donuts for the body makes it look more like a camel than a horse. Given all that I altered the process some. See the instructions below, complete with photographs, to create your own pony (or maybe just a mess).

Get yourself some donuts. Three is a good number, unless you plan on making many mistakes, then you might need half a dozen or so. I would recommend that you opt for cake-like donuts rather than ones with frosting and sprinkles (I believe those are best for making unicorn donuts). Additionally, I chose to use donuts that I think are gross so I was less tempted to eat my mistakes. 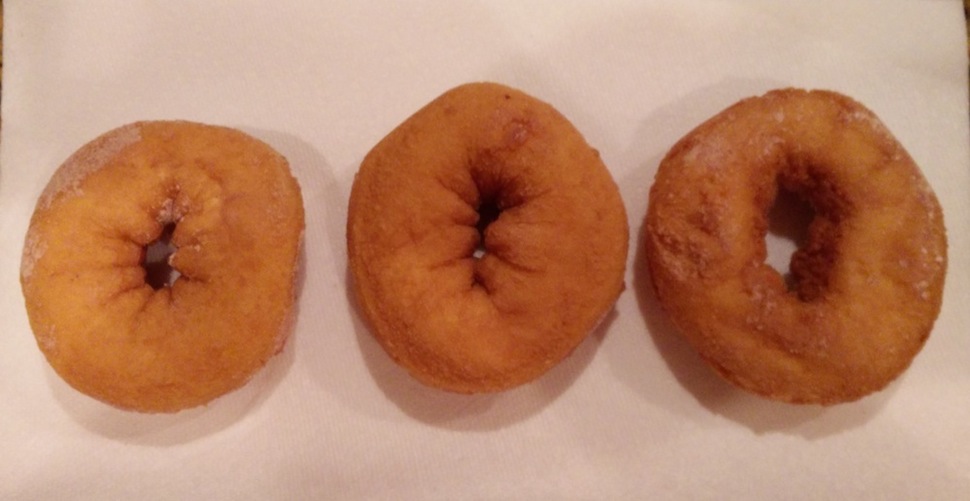 Take one donut and cut a wedge shaped piece out of it.  If you’re lucky enough to get an appropriately formed donut the remaining 3/4 section should form the pony’s head and neck. 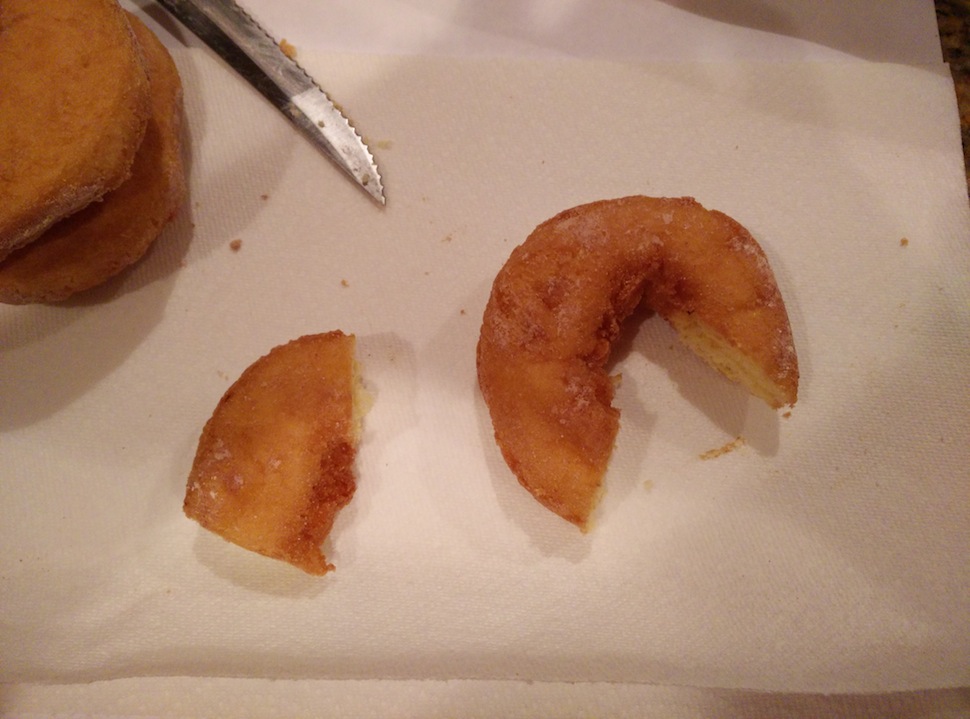 *…it also kind of forms an awkward Pac-Man…*

Take the 3/4 piece and cut a small slice from the back part so that it is flat. This is the part that you’ll connect to the body. 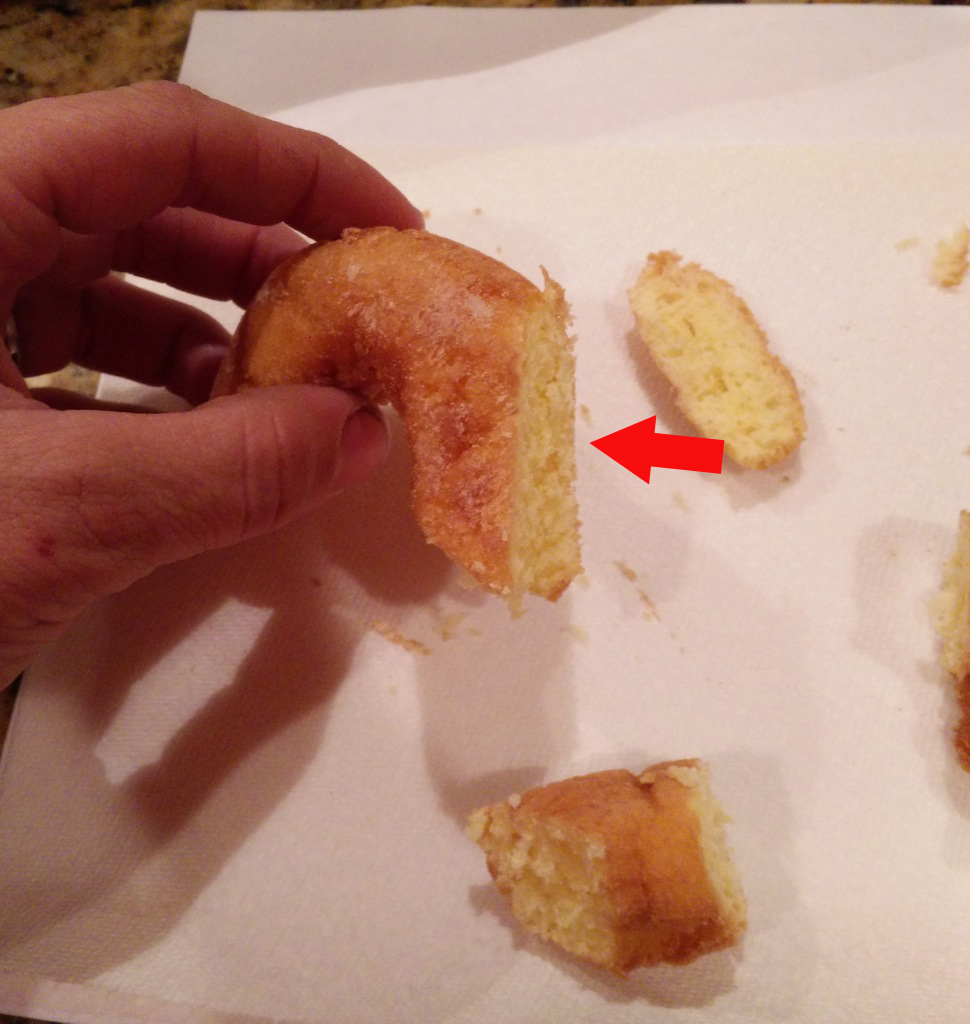 Take your head/neck piece and cut straight across the front of the head to dub it off and make it look more like a nose and less like a beak. You should essentially have something that looks like this (if it doesn’t you can eat the donut and start over with step 1): 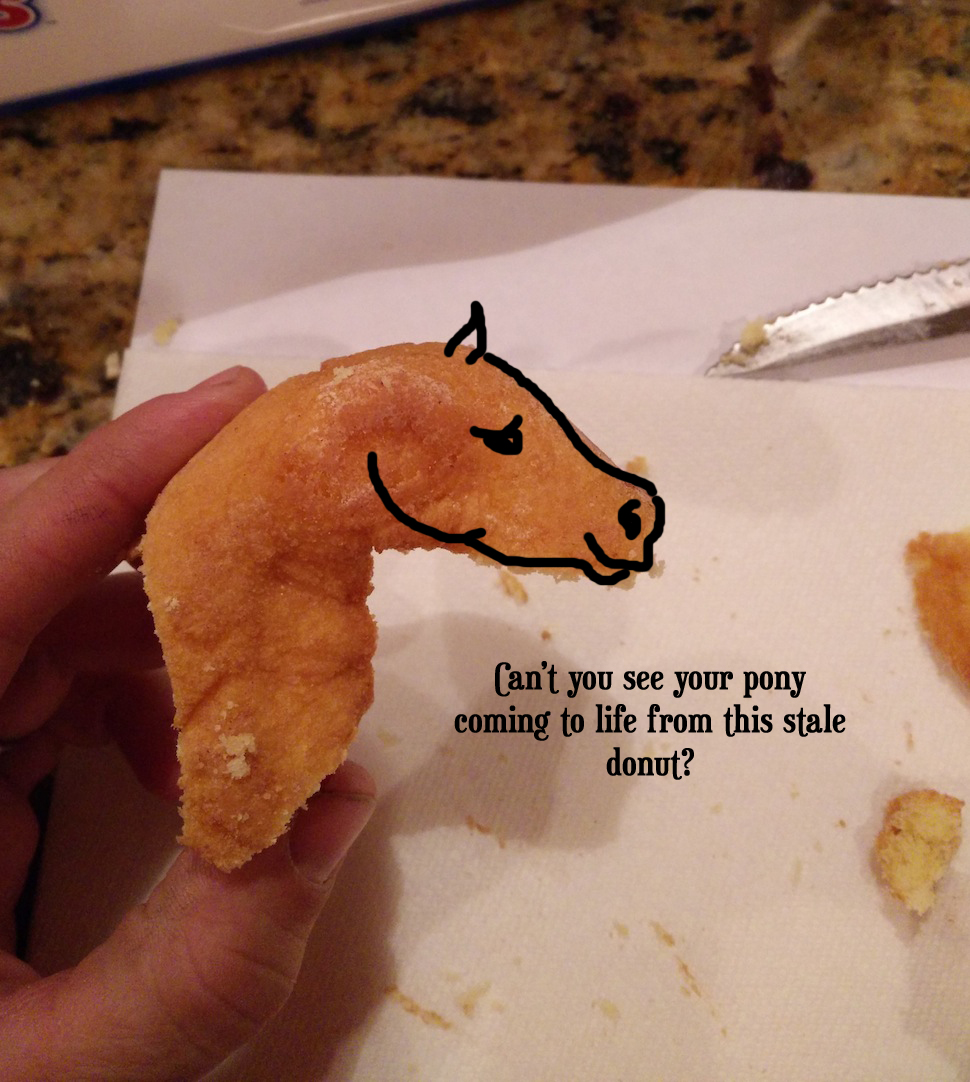 Take the second donut and cut a thin slice off one end of it. This is where you will attach your neck. The easiest way to do so is with toothpicks. In my experience one was not enough so don’t be skimpy if you want the pony’s head to stay on. 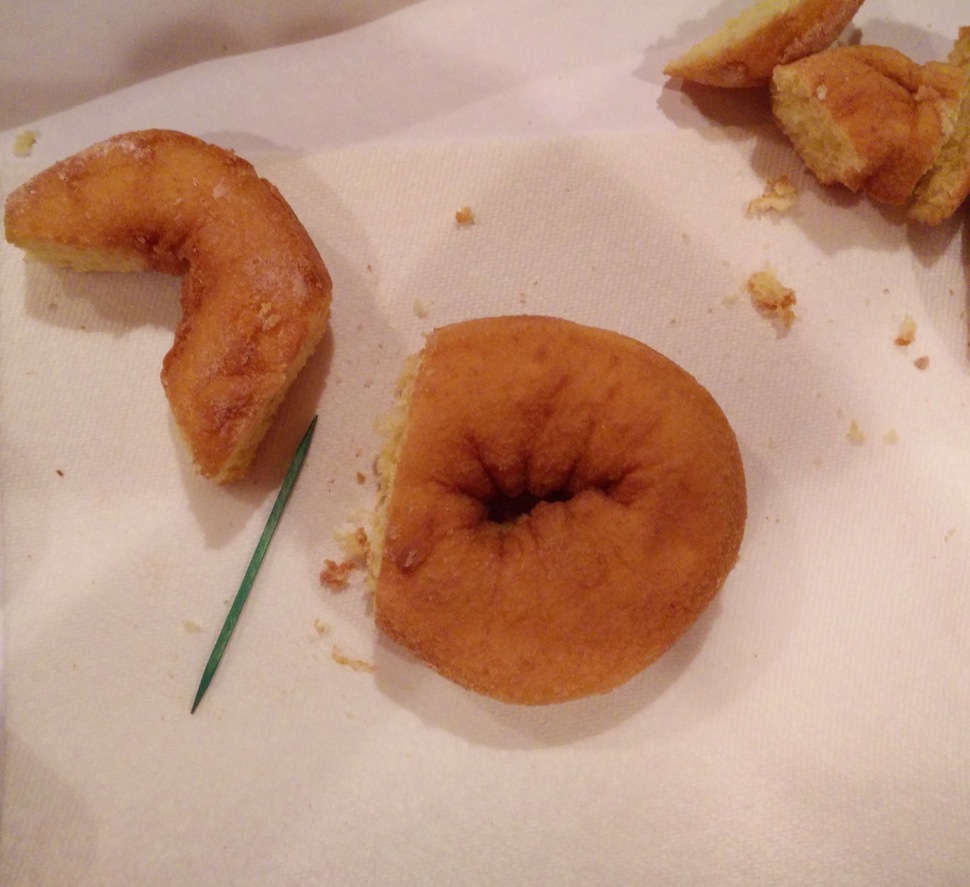 Attach the head/neck to the body. Then cut straight across the bottom of the body so that it is flat. 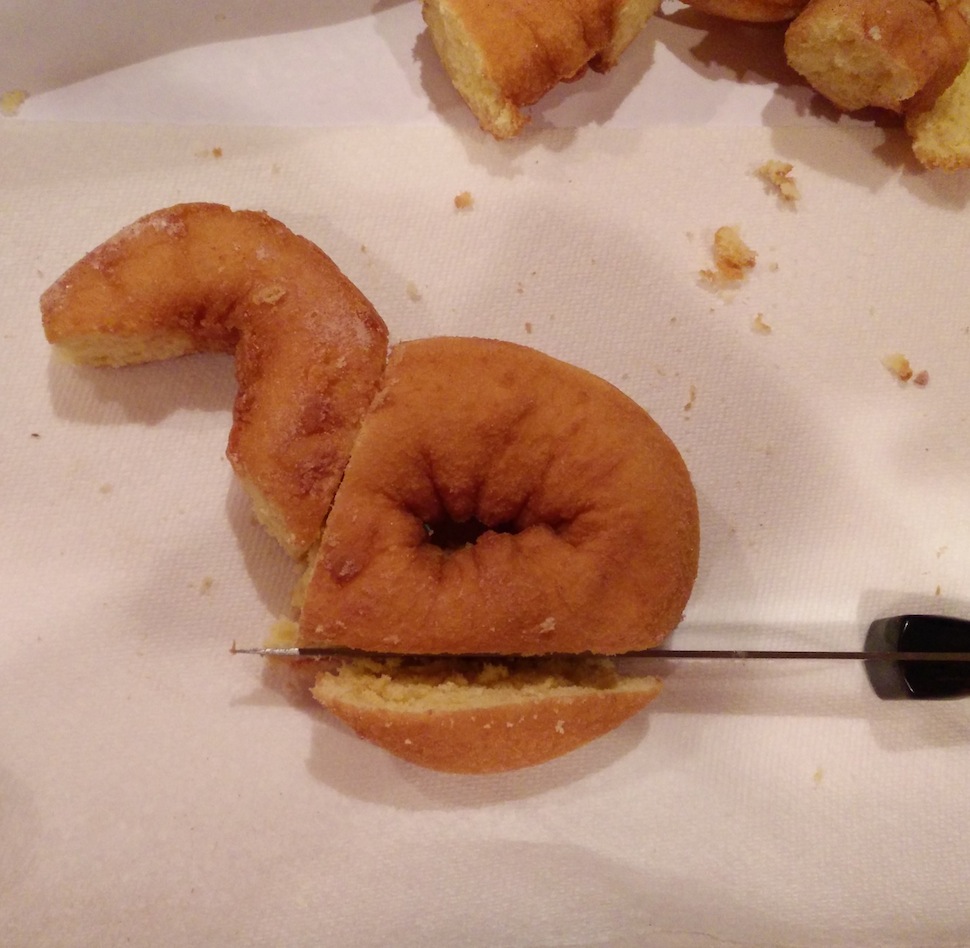 Take your third donut and cut it into quarters. Use toothpicks and attach two of the quarters to the bottom of the pony for legs; do what you will with the other two quarters (if you don’t want your pony to be lame and unable to stand you may want to ensure that the bottom of his legs are flat). 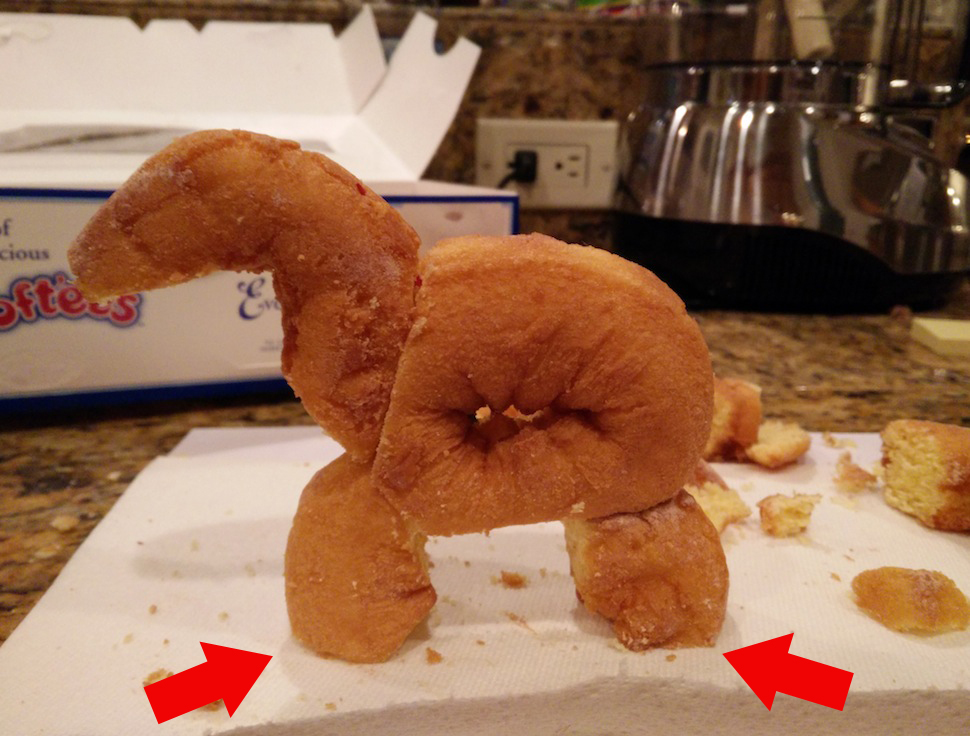 Use half a toothpick to attach a tail to your pony. You can make a tail out of any of the random chunks of donut you probably have lying about by this point. 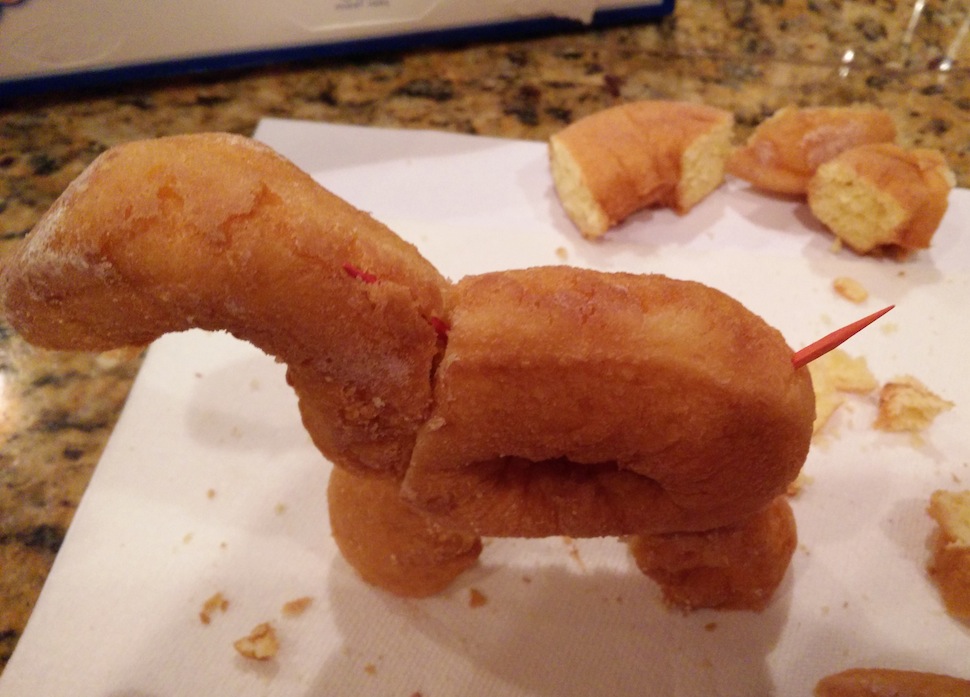 Using a kitchen knife and random food stuffs, embellish your pony. You can carve fine, chiseled features into his face, add eyes with random bits of who-knows-what you’ve found in the pantry, and even create a fun and interesting scene with your pony to leave for some other (hopefully non-horsey) person to stumble across. 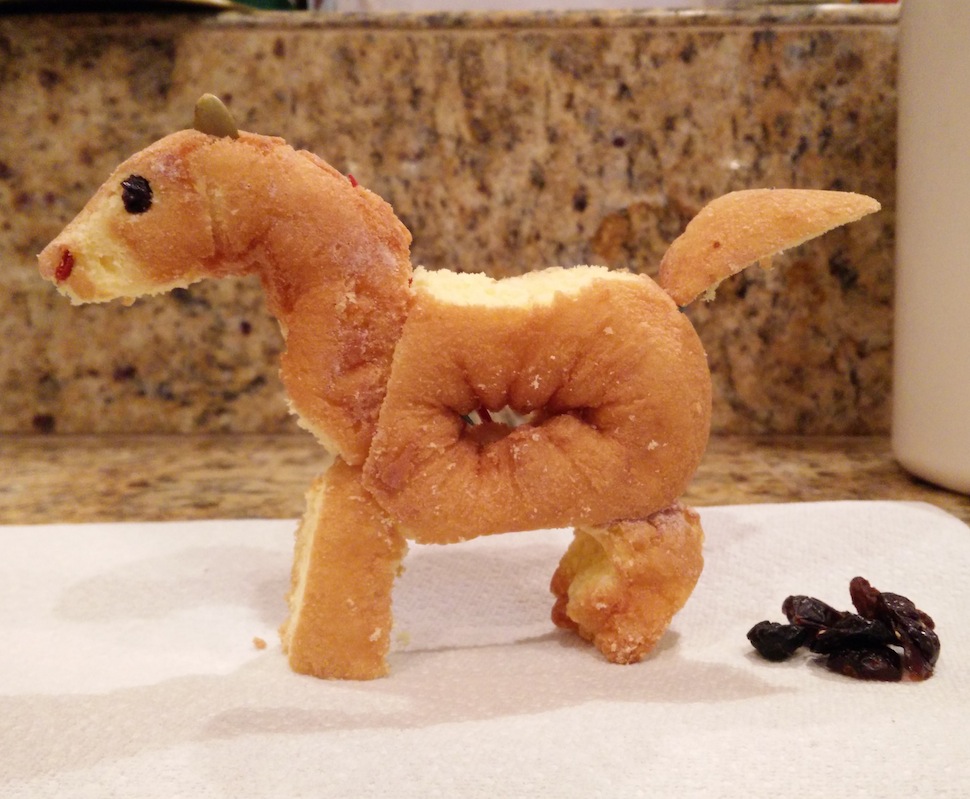 *I used dried fruit and seeds to embellish my pony. You can probably ascertain my feelings on raisins from this.

Take a picture of your own food-pony to share with our viewers for this week’s 24-Hour Photo Challenge! Email it to [email protected] or post it on Instagram with the tag #horsenation. We’d love to see what sort of magic you guys can come up with. 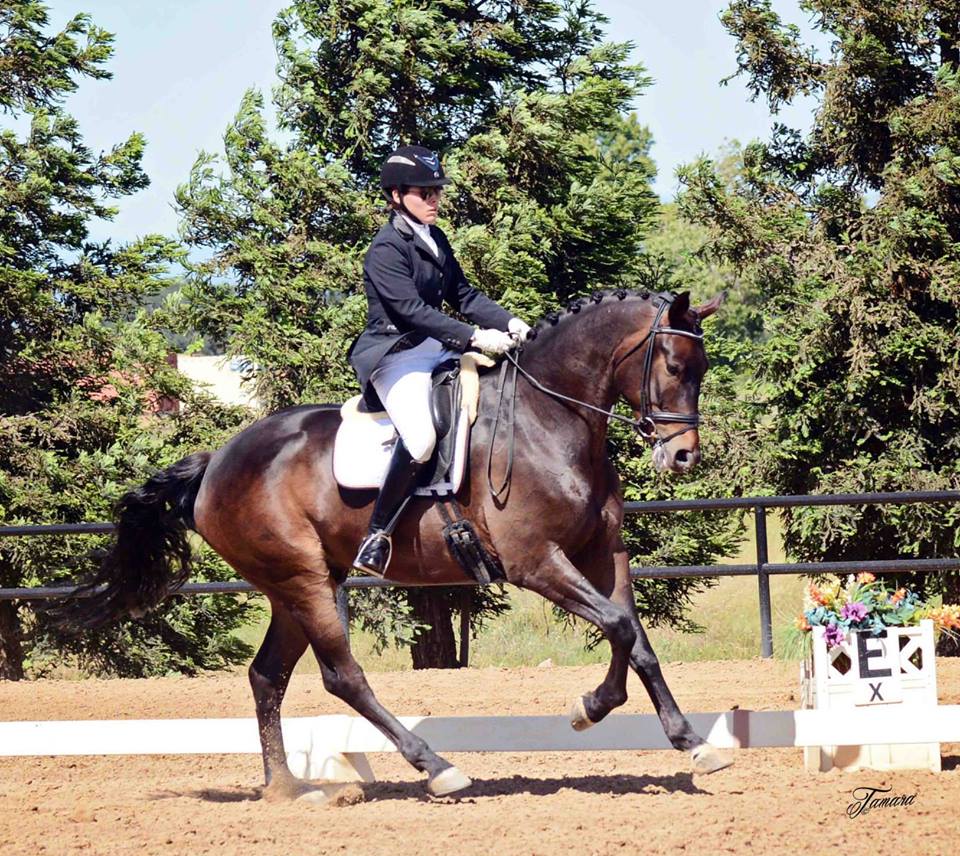