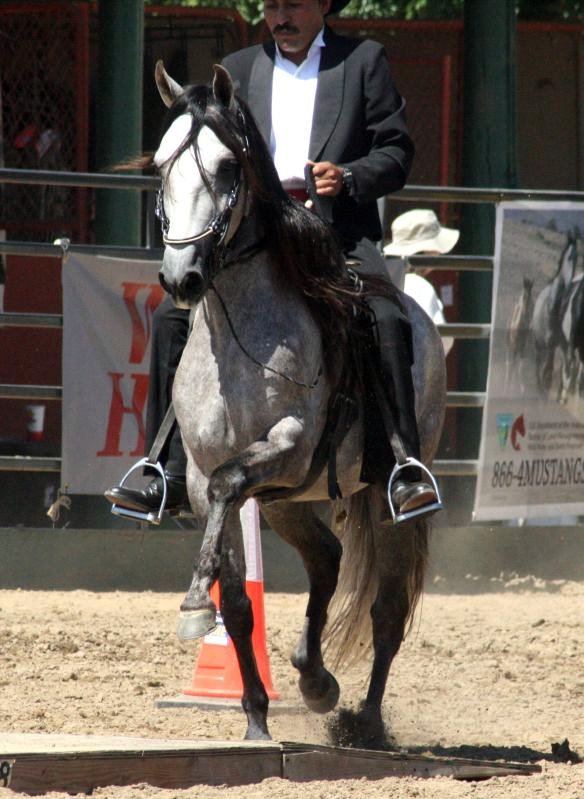 This Paso Fino foal is moving in ways I did not think possible.

Remember that piece on the Paso Fino Grand National Championships we published a few months ago? The piece sparked some good conversation on our Facebook page as Paso Fino enthusiasts helped educate novices (like myself) on the pleasures of riding and owning the breed. One hotly-debated point centered on how much of the Paso Fino’s rapid-footfall gaits were natural and how much they were developed or enhanced by a rider. We in the Paso-Fino-novice camp were assured by Paso Fino enthusiasts that the gaits were indeed natural and instinctual to the breed.

And to help settle that debate, I bring you this baby Paso Fino, proudly fino-ing all over the place behind his mother (note: you must be logged in to Facebook to view the video)

Yep, this is officially the craziest thing I’ve ever seen a foal do (on a long list of crazy baby horse antics.) What about you, Horse Nation? Has your mind been blown?

Thanks to Michelle Wright for the tip!