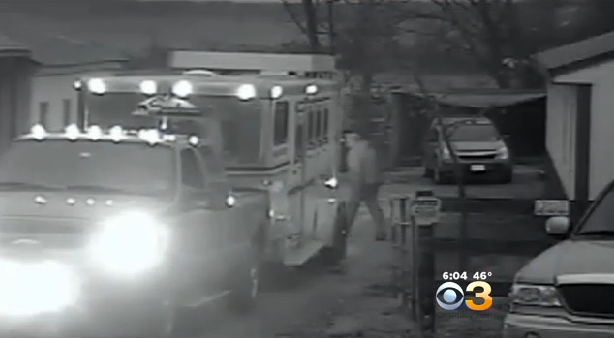 The disturbing abuse case that’s been rocking the equestrian world  in recent days has seen the horses seized by authorities, but the case is far from over.

This update is a follow-up to Tuesday’s article about the allegations of abuse going on in Monica Thors’ Standardbred training/rescue stable in New Jersey. Since the release of that original article, the landscape of the case has changed rapidly with new information becoming available. The most important fact is that the seven horses under Thors’ care were removed from the farm by the New Jersey SPCA and a select group of local volunteers. This group also removed Billy the goat from the barn as well. According to the SPCA, the animals were removed to an undisclosed location where they would receive care and rehabilitation. According to a Facebook group STOP Monica THORS, which has been encouraging action by the SPCA for months, five horses could walk under their own power and were removed first (along with the goat) and the two remaining horses in very bad shape were removed to a different center in Maryland.

The SPCA filed charges against Thors on Tuesday, charging her with inflicting unnecessary cruelty upon a living creature and one count of failure to provide necessary care. Thors could face up to twelve months in prison or community service, as well as fine up to $2000. Many animal rights activists say this punishment is not enough due to the intense suffering of the animals, but by the book right now there’s not much else that can be done.

The two horses in critical condition were euthanized Wednesday evening. According to the STOP Monica THORS page, these horses were According to Prince, the bay horse seen hobbling out of his stall and then hanging from a sling in the video by a local news station, CBS Philly, and another horse named Aspiration. These horses were preceded by three others in the past year that died either on Thors’ farm or by euthanasia.

In severe abuse cases like this, it’s easy to get passionate and emotional. However, it’s also important to understand a few key points about this case, and all abuse cases:

If nothing else, I hope that bringing this case to international attention through Horse Nation will help increase awareness of animal abuse and help prevent another situation like this one from happening ever again.