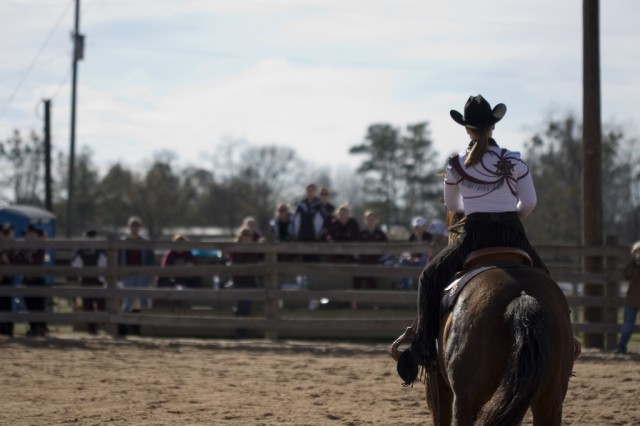 The latest chapter in the saga of collegiate equestrian looks bleak for NCAA schools across the country.

University of Tennessee at Martin (UTM) announced on Monday, November 17 that it would be removing its sponsorship of its equestrian team. UTM follows Kansas State University, which similarly announced its decision to drop its equestrian team in October, following an NCAA announcement that its Committee on Women’s Athletics (CWA) advised that equestrian be removed as an emerging sport due to its failure to grow within an allotted period of time. (If you missed Horse Nation’s coverage on K-State and the NCAA decision, you can read more here.)

Because equestrian did not grow to include 40 teams by 2012, the CWA advised that the sport be removed from the “emerging” list and discontinued. This decision has not been finalized by the NCAA; the issue is slated for discussion at two important upcoming meetings of the NCAA Equestrian Caucus of Coaches and Proponents and the Equestrian Summit of Athletic Directors, Administrators and Conference Staff. A final decision may not be made until the spring of 2015 or later.

However, this hasn’t stopped Kansas State and now UTM from dropping their equestrian teams before the decision is made final: both teams will compete in 2015-2016 for the last time. (The NCAA advisement states that equestrian would be discontinued after the 2016-2017 academic year.) Kansas State announced its intention to replace equestrian with women’s soccer; UTM has not made any decision but cites its need to remain proactive to protect its Division I status.

UTM did announce its intention to honor student-athlete scholarships through each student’s fourth academic year. K-State promised to do that same–but rumors are surrounding the issue in Kansas, and parents recently spoke out after a brief meeting with the school’s athletic director. The thirty-minute meeting was open to parents of equestrian students only (a grandmother was barred entry) and athletic director John Currie preemptively warned parents via email that “we will not be discussing alternative scenarios” (via a CJonline.com story.) While K-State had announced that student-athlete scholarships would not be affected by the cancellation of the equestrian team, in truth the school intends to lock scholarships in at their current percentages. Students had been recruited with the understanding that their scholarships would increase over their four years of education.

With only 21 schools in total fielding NCAA equestrian teams (and two already planning to drop their teams early) the future’s not looking bright. The National Collegiate Equestrian Association (the equestrian governing body within the NCAA) continues to urge concerned parties to remain positive in efforts to show support.