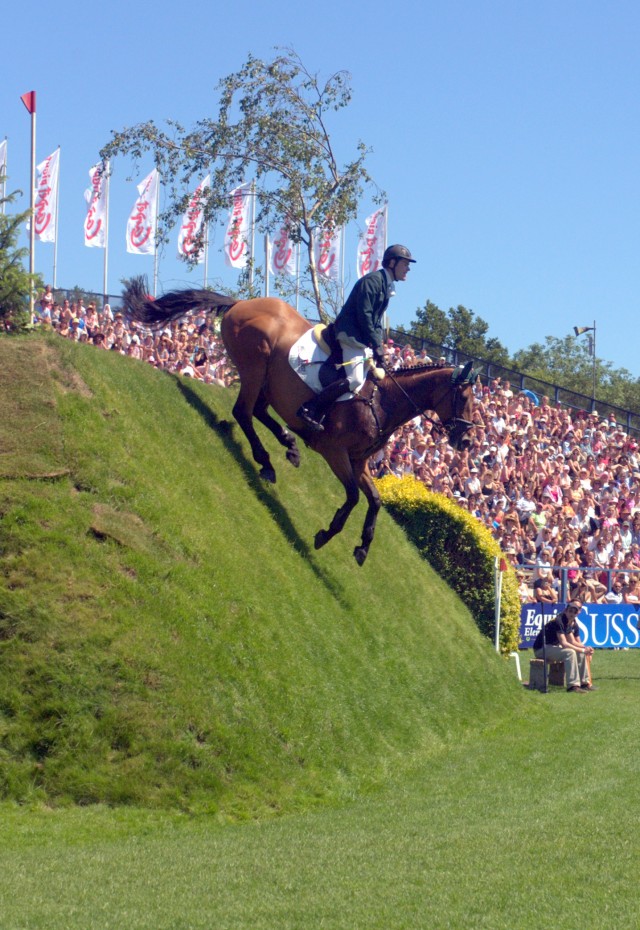 (Without peeing your pants.)

The Hickstead Bank is one of the most fearsome and iconic obstacles of the annual Hickstead Derby competition, held annually in June in Britain. It was built in the early ’60s by the event’s founder Douglas Bunn who, after seeing a bit of footage of Germany’s Hamburg Derby, decided to take it up a notch by adding an additional nine inches to the height. It arrives late in the course and can be disorienting for tired or inexperienced horses — Horse & Hound has a great collection of “how NOT to do it” photos here.

So how DO you jump it? Irish show jumper Shane Breen shares some tips.

Shane’s strategy in action: He and KEC Alicante made it look like a piece of cake in the 2012 Derby (they reach the Bank at about 2:05).

Many thanks to reader Lynn for the tip.