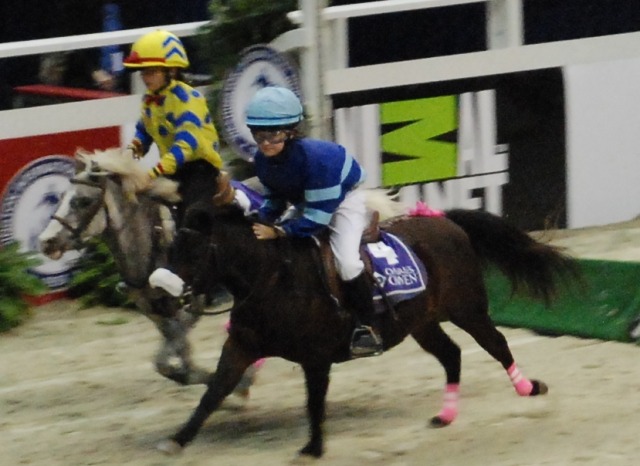 Try not to explode from the cuteness.

For the past two years, Washington International has been home to the last leg of the Shetland Pony Steeplechase circuit. Fluffy ponies, little kids, breakneck speeds, jumping–what could go wrong?

Well, a lot of things (runaway ponies, missing jumps, the list goes on) but that’s part of the beauty of it. It’s crazy, it’s fun, and as I found out from talking to organizers Regina Welsh and Ami Howard, and some of their young riders at WIHS, it’s all to promote the “old-style” Shetland.

Ami explained that while pony steeplechasing had already existed, a Shetland-specific version was born at her breeding and training facility, Olney Farm just outside of Baltimore.

“Really, the races we had on the farm were a big excuse for a tailgate party,” she laughs. But when her daughter Kate Perri got together with licensed steeplechase trainer Regina Welsh, the races moved to Shawan Downs. Washington International got wind of it, and the rest was history. The races expanded to Devon and Central Park, and the ponies create mayhem wherever they go. Case in point: when internationally acclaimed eventers like Phillip Dutton and Boyd Martin decided to give pony racing a whirl at Fair Hill:

The old-style Shetlands are shaggy and small, and while they’re not as fancy as the American Shetland (which has been crossbred with Hackney Ponies for bigger movement under harness), they are absolutely bombproof, making them perfect for whatever crazy adventure you can come up with. When I met them in their stalls underground, beneath the Verizon Center stadium, they weren’t bothered by much, from giant Warmbloods thundering over 4-foot warmup jumps just steps away to horse-clueless photographers fiddling with tripods. 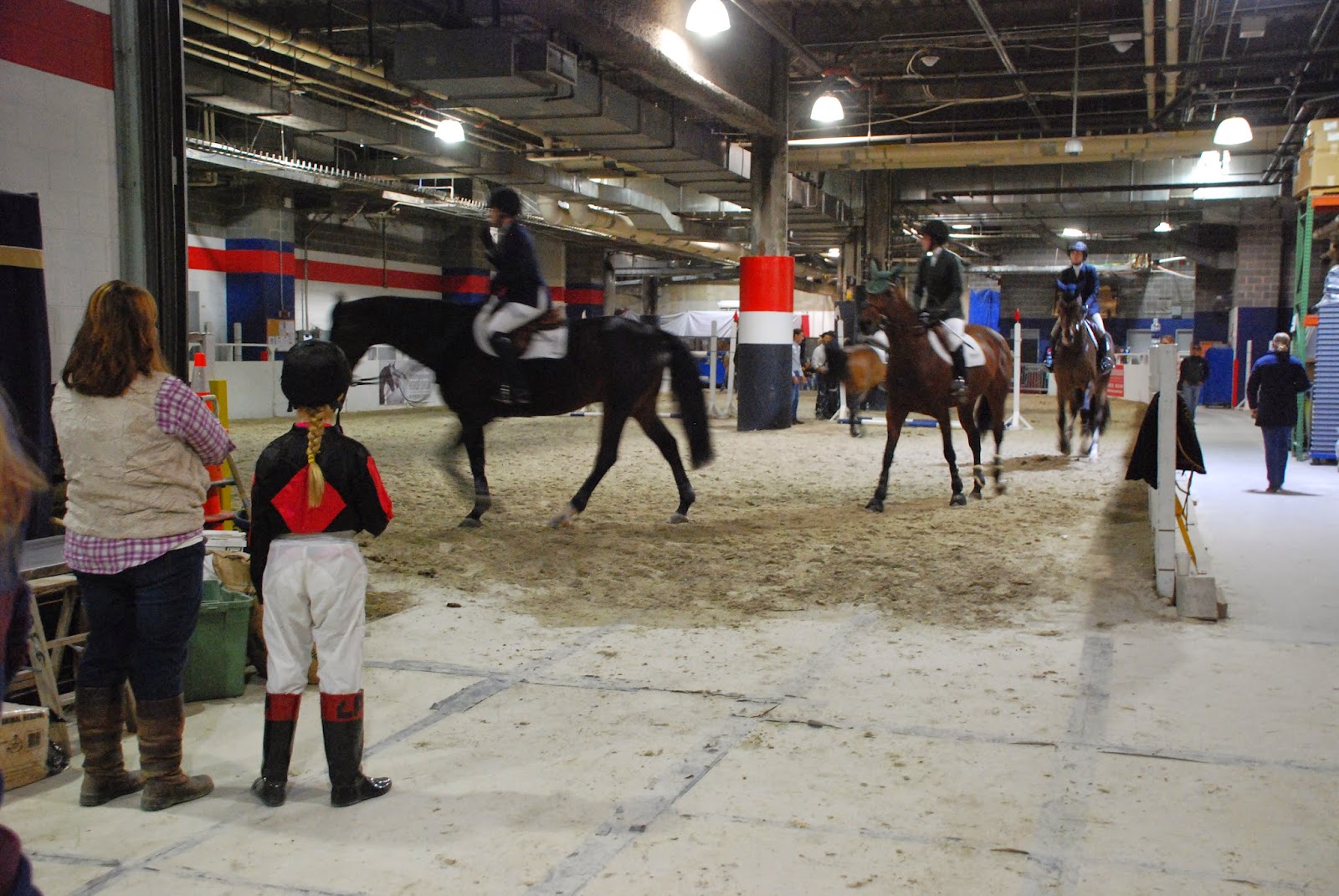 As we wait for said photographers, I ask one of the boys in the group if he’ll be riding tonight. “No,” he says, “I’m just the one that helps his brother but also wouldn’t mind some attention too.” So we chat it up about Shetlands. Turns out, Hal is only 10, but he’s had a lot of experience with the breed, and has several, from Smarty (“She’s sassy, but she’s fun”) to Rainbow Apple Sass Pocket Rocket (AKA Bailey) whose name says all you need to know about her.

“I love to race more than anything,” Hal’s 9-year-old brother Finn chimes in, while petting his pony Sail the Sun. He’s all dressed up in his racing silks with a lightning flash–perfect, since his pony’s barn name is Blitz. 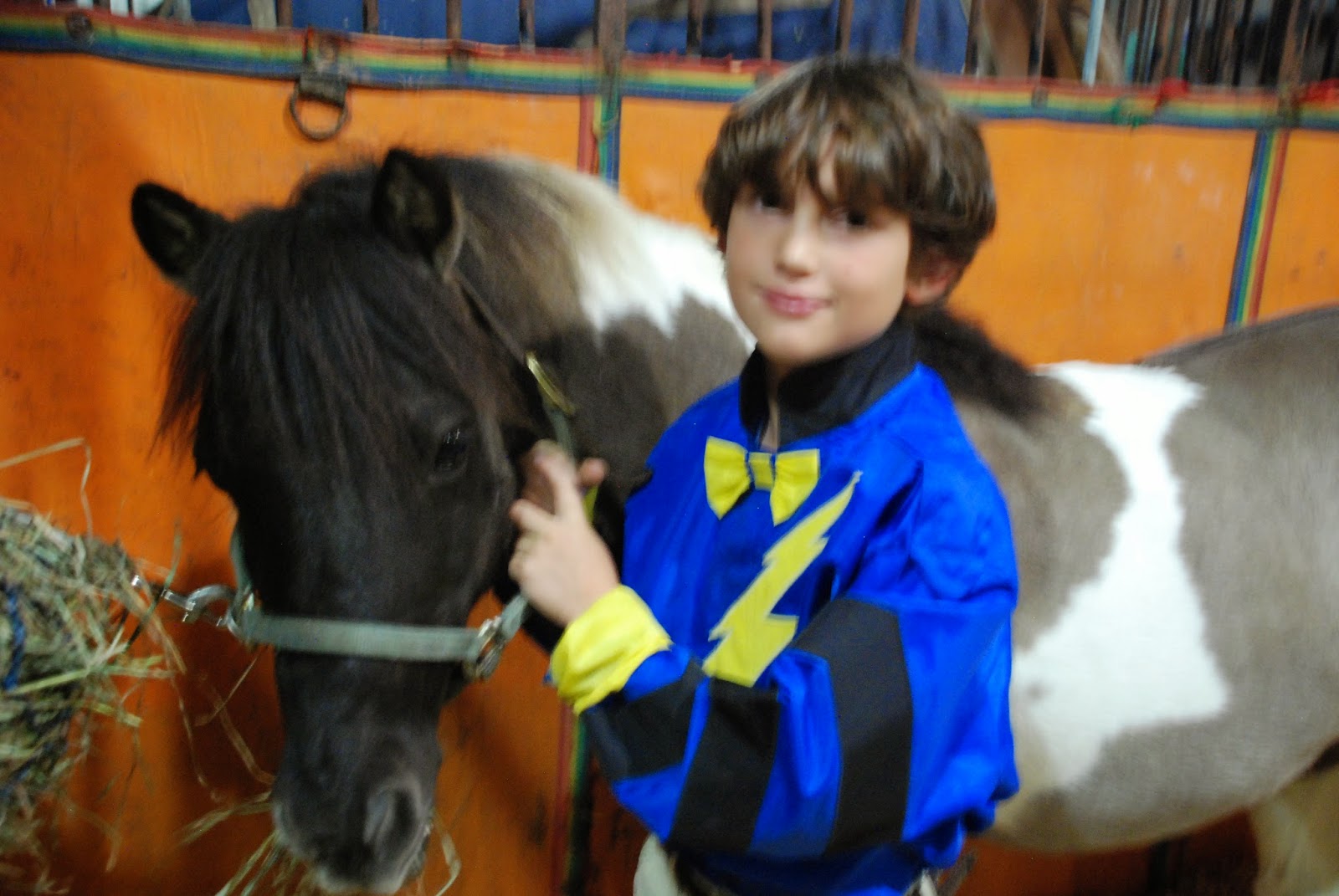 Hal, Finn, and their friends race together, foxhunt, event and compete in “Fieldmaster Chases,” which are a kind of low timber race where kids race behind a field master and then gallop the final stretch once the master gives the go-ahead.

“I want them to graduate from this, though. If they don’t, then I’m not doing my job,” explains Regina Welsh, who created the US Pony Racing organization in 2013, and partners with the National Steeplechase Foundation to put on clinics and educational trips for the kids. “I promote well-rounded riding and horsemanship, and the Shetland is a good all-around pony.”

It’s time for the final preparations, so I head up to the stands to stake out a good spot.

After some shenanigans mounting up, the ponies settle in and finally, it’s time to begin! 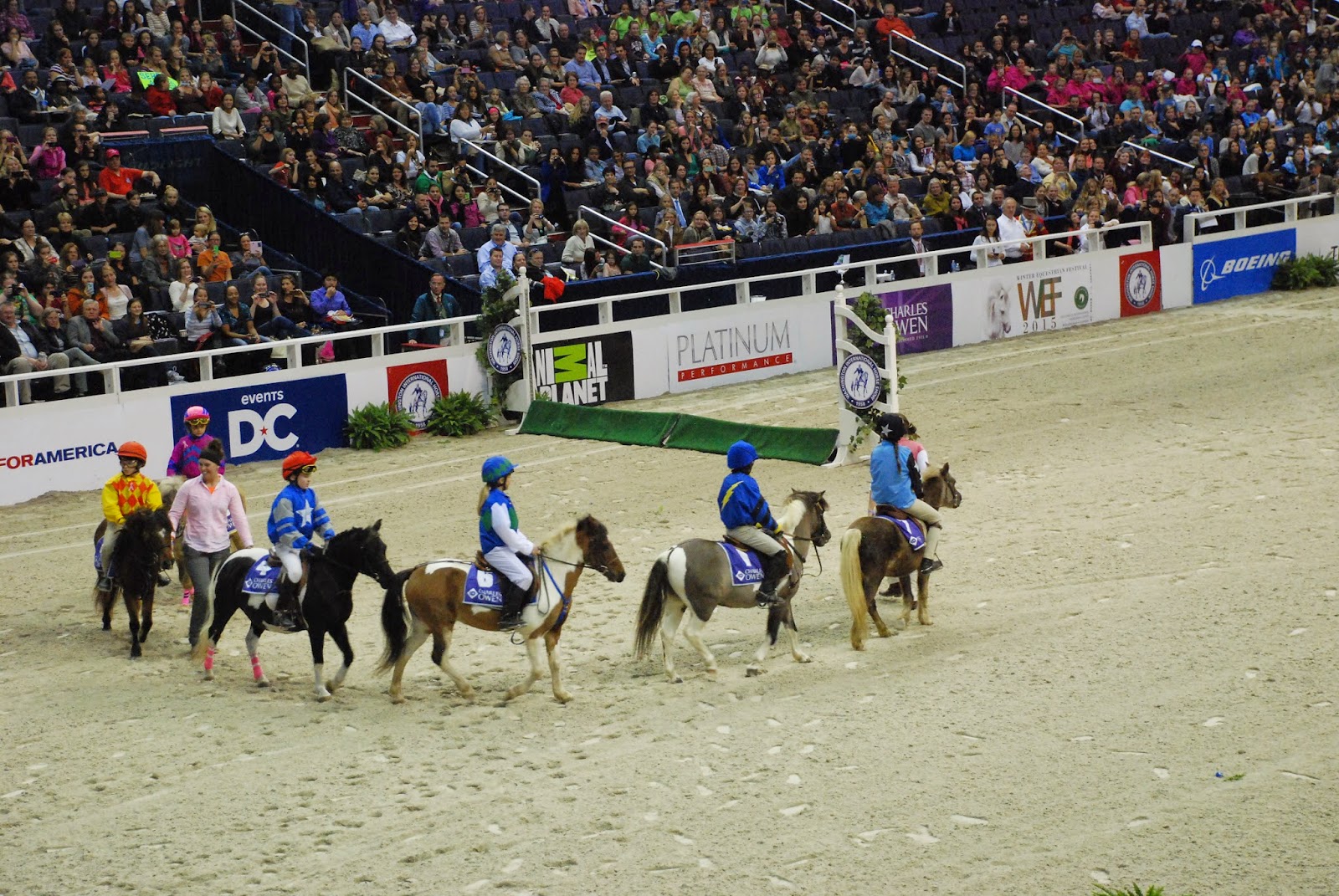 What fun! Thanks to Olney Farm and US Pony Racing for sharing their sport with us.